The anhinga is a large inky black bird also called snake bird or turkey bird. Its length is of about 0.9 m (3 ft ), a long S-shaped neck and long pointed bill. It can be found in freshwater ponds and swamps where there is thick vegetation and tall trees. The male has grayish-black feathers with a greenish shine. Its large wings have a cluster of silver-white feathers on their upper sides. The female has a tan head, neck, and chest, and a black belly. Both the male and the female have long, fan-shaped tail feathers like a turkey. The anhinga has poorly developed oil glands, and its feathers aren't as waterproof as the feathers of other water birds. It regally perches in a tree with its wings wide open to dry its feathers and warm its body. During breeding season, the male's blood-red eyes are surrounded by a bright blue patch of skin. Females are distinguishable by their buff-tan neck. This bird stealthily swims through a lake with only a snakelike head poking above the surface. The reason being in that their feathers are less water resistant than other birds helps them swim underwater and hunt for food. It captures fish, shrimp, crayfish, amphibians, and snakes with its daggerlike bill. They build their nest in trees along the shores. 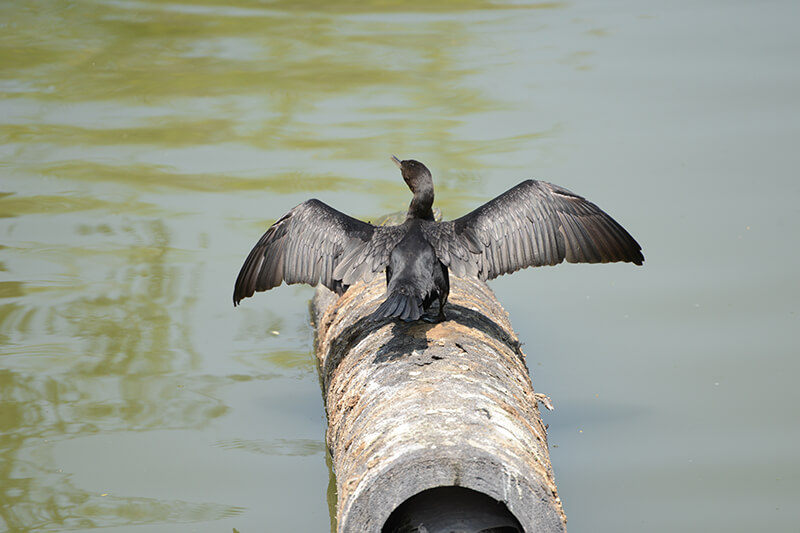 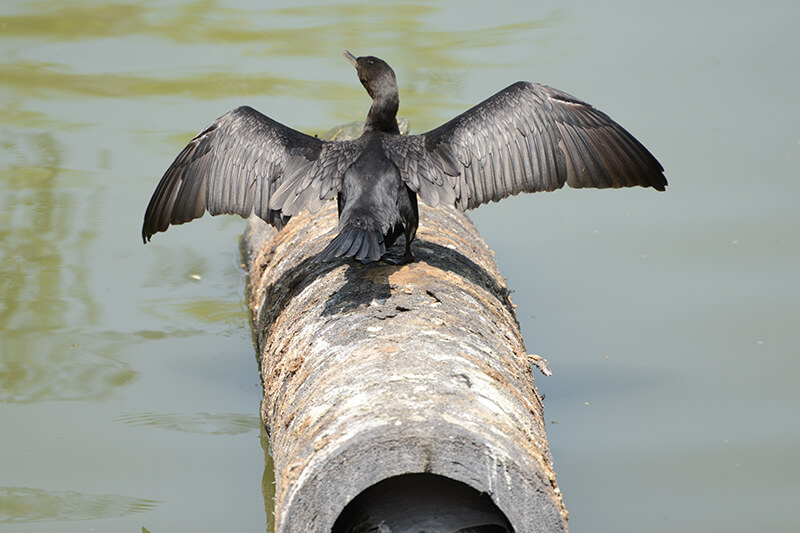 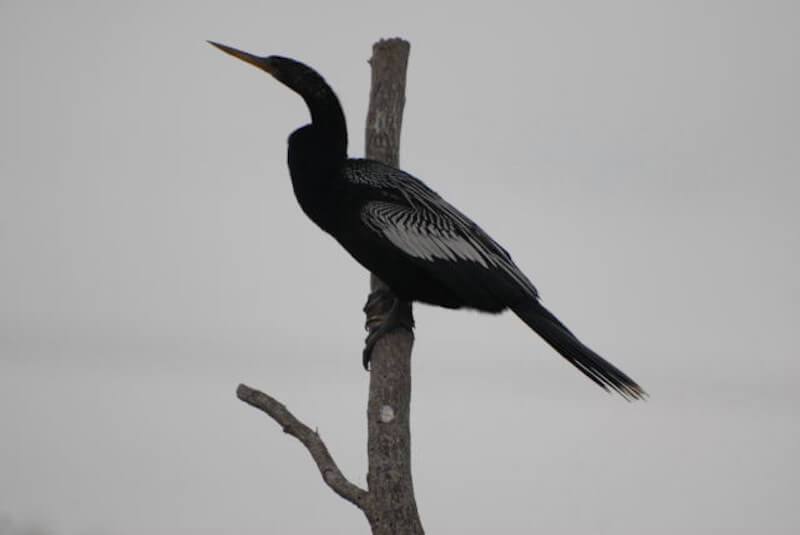