The grey-necked wood rail lives primarily in forests, mangroves, and swamps. It is occasionally hunted and kept for food. The Great-necked woodrail has both a gray head and gray neck. The upperparts are olive-green to dark brown. The back of the head has a brown patch. The chest and flanks are reddish, with the rump, and tail being black. The legs are coral-red, the beak is bright greenish-yellow, and the eyes are red. The sexes are similar. The juveniles can be differentiated by their duller appearance, and the chicks have a black, downy appearance, brown head, and black beak. It is a solitary bird but pairs can be found together throughout the year. During the breeding season from March to August, the gray-necked wood rail builds nests that can be found on flat branches and in thickets, usually at heights between 1 and 3 m (3 and 10 ft). In these nests, there is a clutch consisting of 3 to 7 eggs, incubated by both parents. The chicks that hatch move soon after hatching. This rail feeds on a wide range of foods, from invertebrates to seeds. It feeds on the feces of giant otters, too. 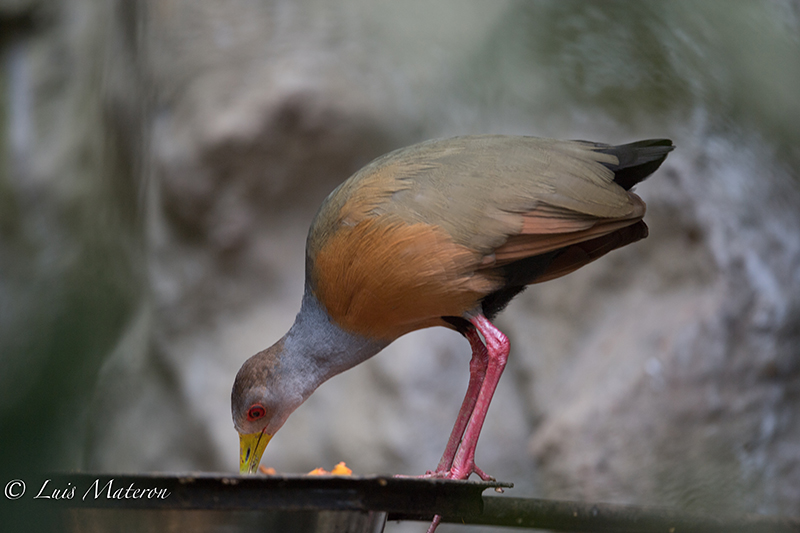 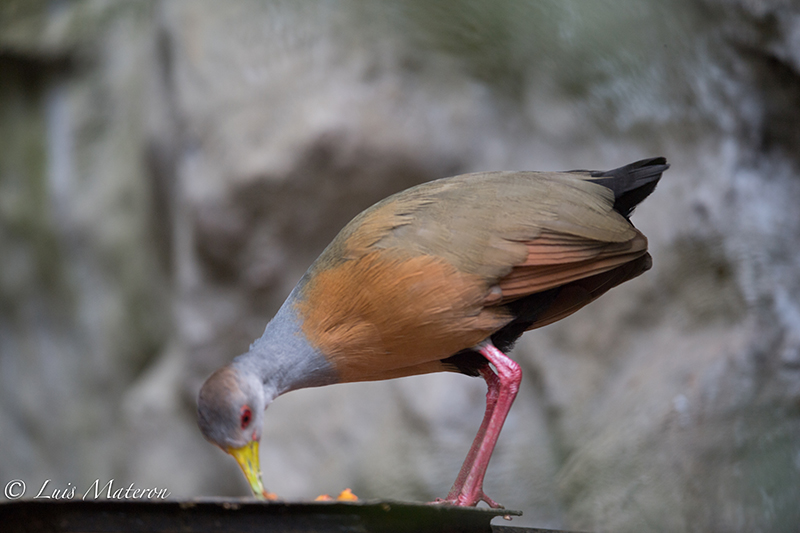 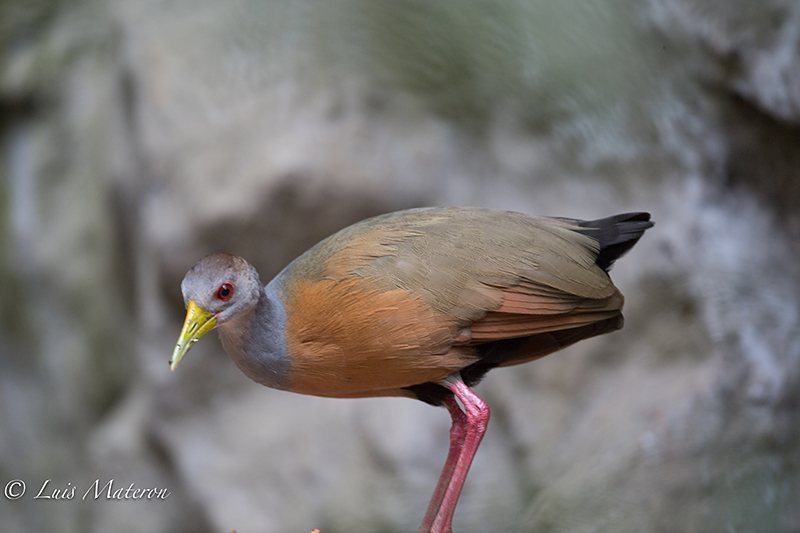 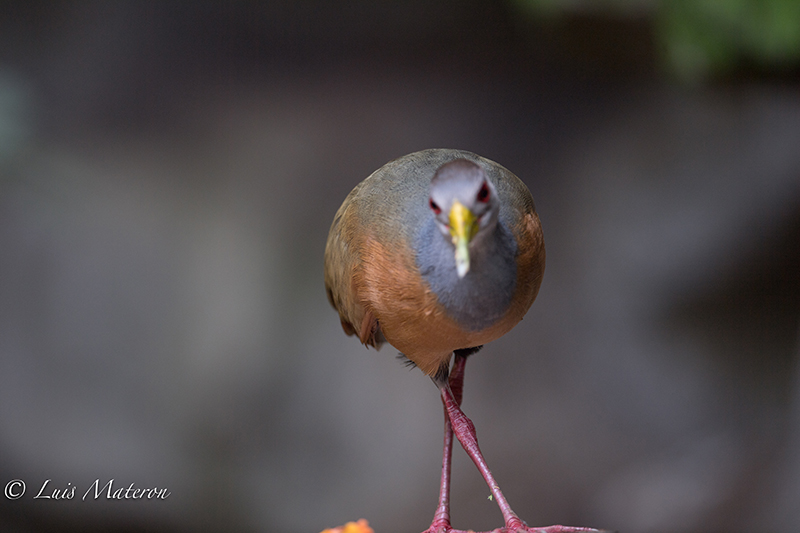 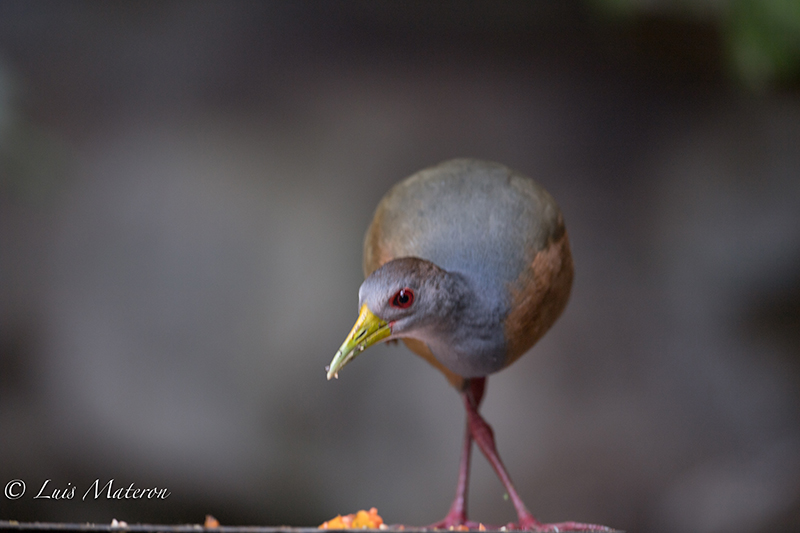 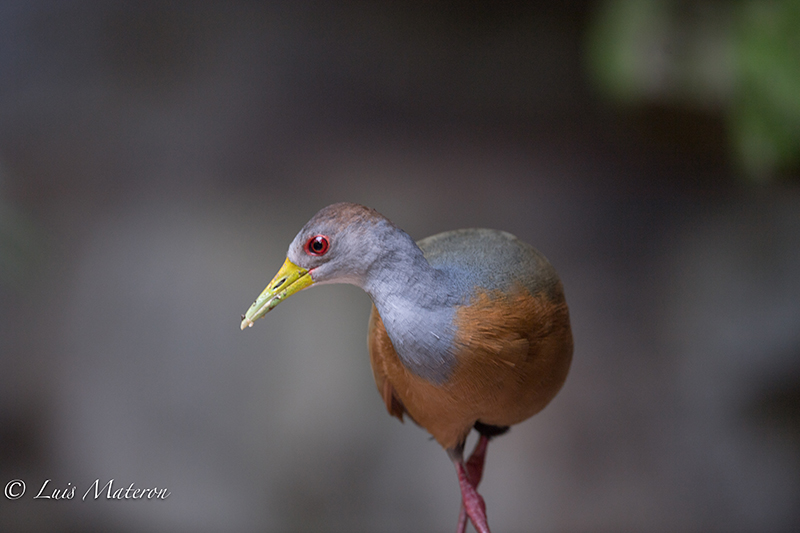