The little cuckoo (formerly in the Piaya genus) weighs 40 grams (1.4 oz) and is found in mangrove swamps, and scrubby woodland near water. The adult is mainly chestnut brown, with a greyish lower belly, browner tail and white tips to the tail feathers. The bill is yellow, short, and decurved; the iris of the eyes is red. Immature birds are dark brown with a black beak and no white tail tips. It is believed to be an all-year resident, but its irregular occurrence in some areas has led to the belief that it undertakes seasonal short-distance migrations. It is widely distributed and not of rare occurrence, it is not considered a threatened species. The little cuckoo is a shy bird which forages in low branches for insects and other small arthropods. The female lays two white eggs in a deep cup nest. Like most cuckoos, the female incubates the eggs itself. 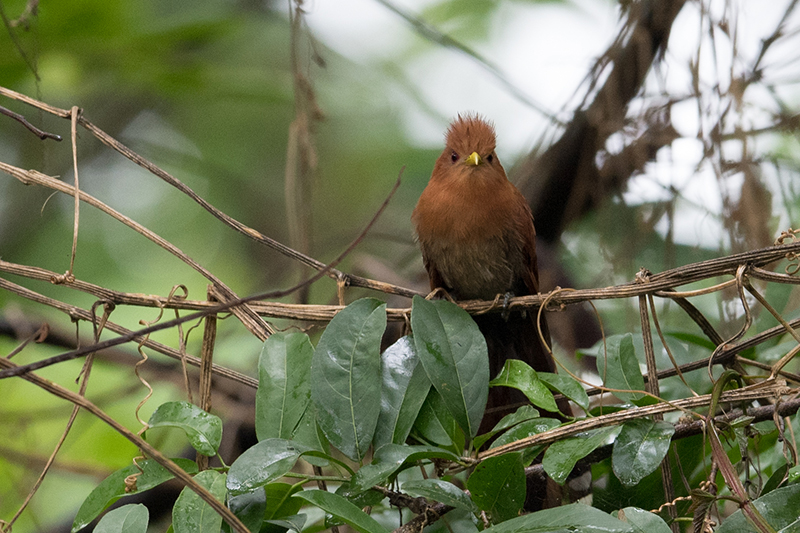 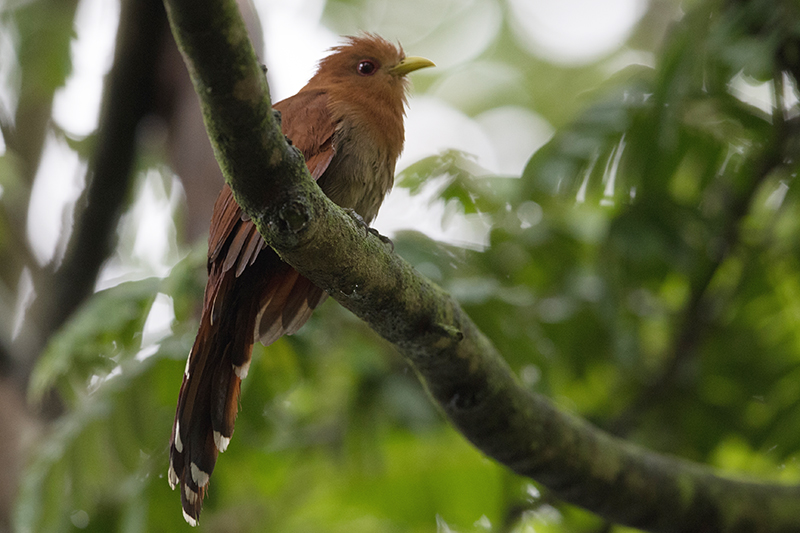 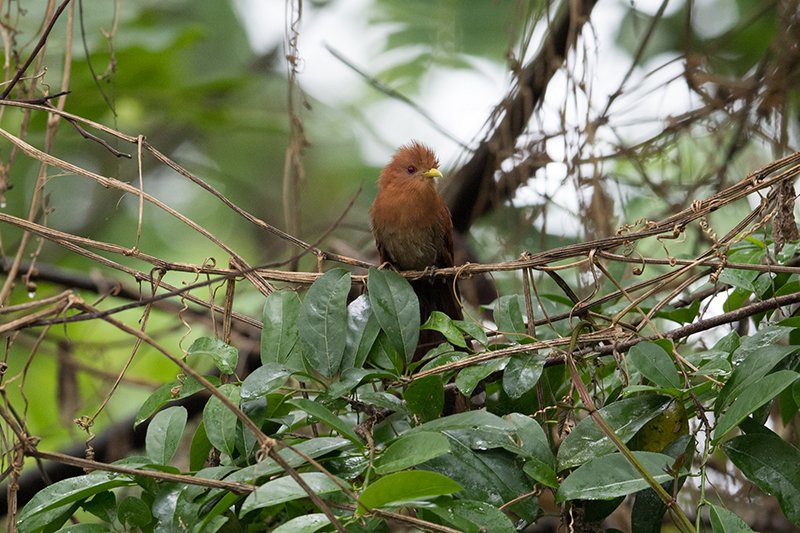 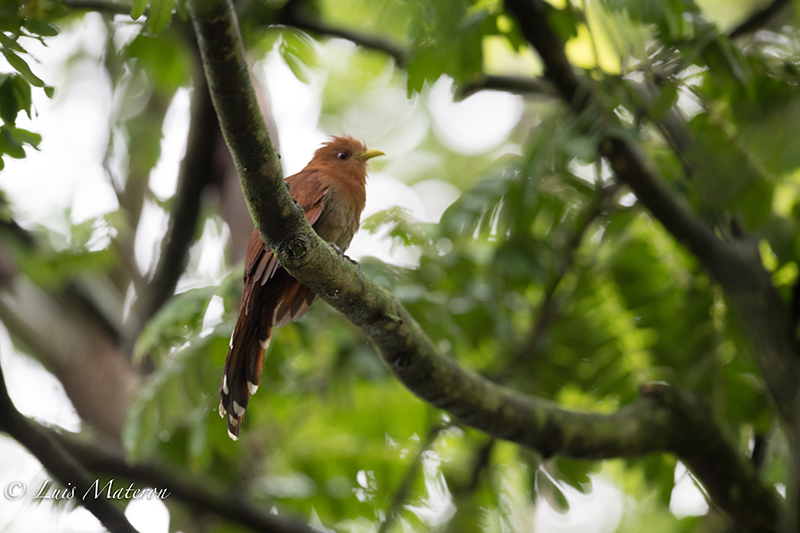 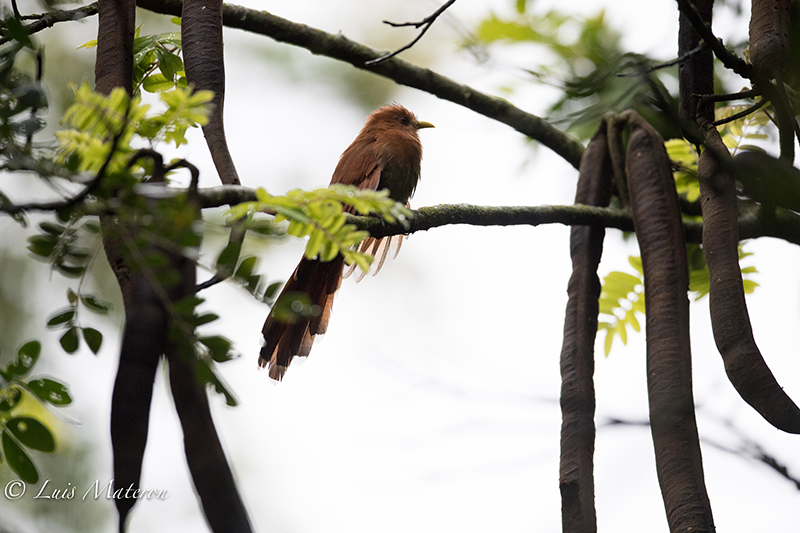