The fulvous whistling duck breeds across the world's tropical regions in much of this continent. It is a long-legged duck, mainly golden-brown with a darker back and an obvious blackish line down the back of its neck. It has whitish stripes on its flanks, a long grey bill and grey legs. In flight, the wings are brown above and black below, with no white markings, and a white crescent on the rump contrasts with the black tail. All plumages are fairly similar, but the female is slightly smaller and duller-plumaged than the male. It weighs 621 a 755 g. The juvenile has paler underparts, and appears generally duller, especially on the flanks. It has plumage that is mainly reddish brown, long legs and a long grey bill, and shows a distinctive white band across its black tail in flight. It is noisy and found in lowland marshes and swamps in open, flat country, and it avoids wooded areas and does not perch on trees. It walks well, without waddling, and normally feeds by upending, though it can dive if necessary. The clutch is around 6-16 whitish eggs but other females may lay into the nest, so 20 or more may be found. Eggs of other species may be added to the nest. The breeding adults, which pair for life, take turns to incubate, and the eggs hatch in 24–28 days. The ducklings leave the nest within a day or so of hatching, but the parents continue to protect them until they fledge around 9 weeks later. 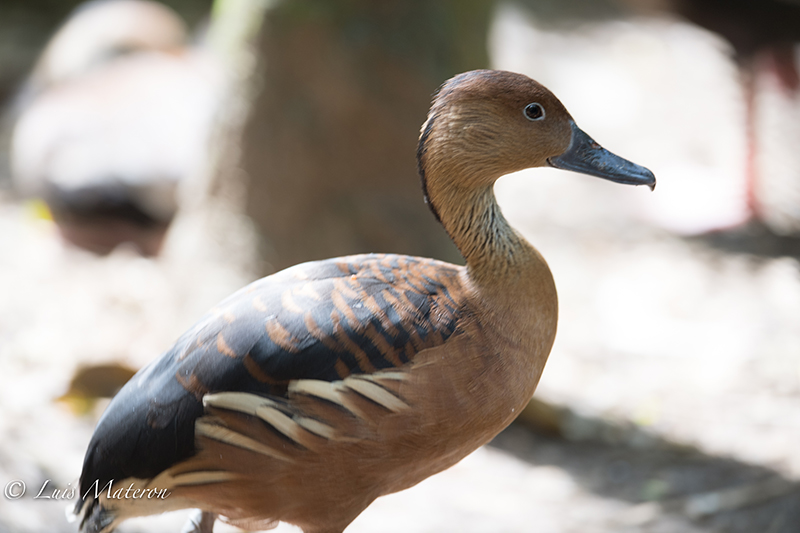 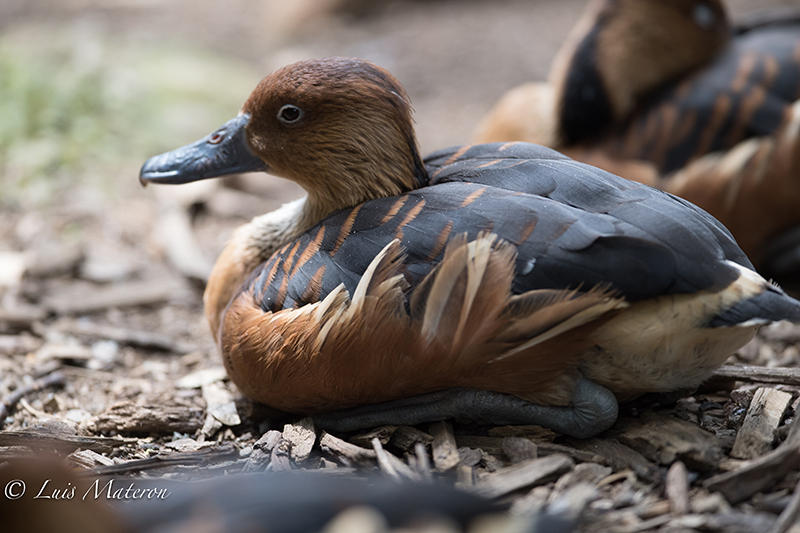 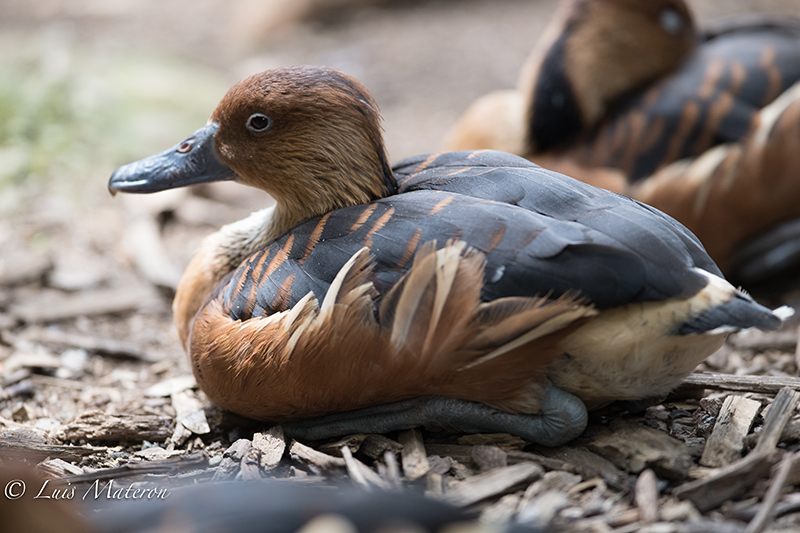