Anas plaltlyrhynchus Mallard Anade real o azulón   The Mallard is a large and long-bodied duck that is the ancestor of almost all breeds of domestic ducks except the muscovy duck (Cairina moschata). It weighs up to 1.2 kg (2.6 lb) and measures 50-65 cm (20-28 in). It inhabits shallow water environment such as lakes, marshes and ponds where it remains as a social resident up to altitudes of 2500 m. Male has an iridescent glossy dark green head and neck with a narrow white collar. It has a reddish-brown chest, a bright yellow bill, a visible purple-blue wing patch on the flight feathers (speculum) bordered by two white stripes. Gray flanks, short yellow-orange legs and webbed feet. Its tail is black and curled up. The tongue pumps water through the keratinous plates called lamellae that are lined in the bill to sieve food. They may lack the white neck ring, show white on the chest, be all dark, or show oddly shaped crests on the head. Marked sexual dimorphism as the female is mottled brown and has an orange bill marked with black. The female looks as if it belongs to a different species. Feeds omnivorously on insects, crustaceans, mollusks, and earthworms when breeding, otherwise largely vegetarian. These birds have a renown quacking call. Mating is rather a violent event as with several males chase a single female and then mate with her. The posture consists of 6 to 15 eggs sometimes with a weight equivalent to almost half of its corporal weight. Can live up to 29 years. 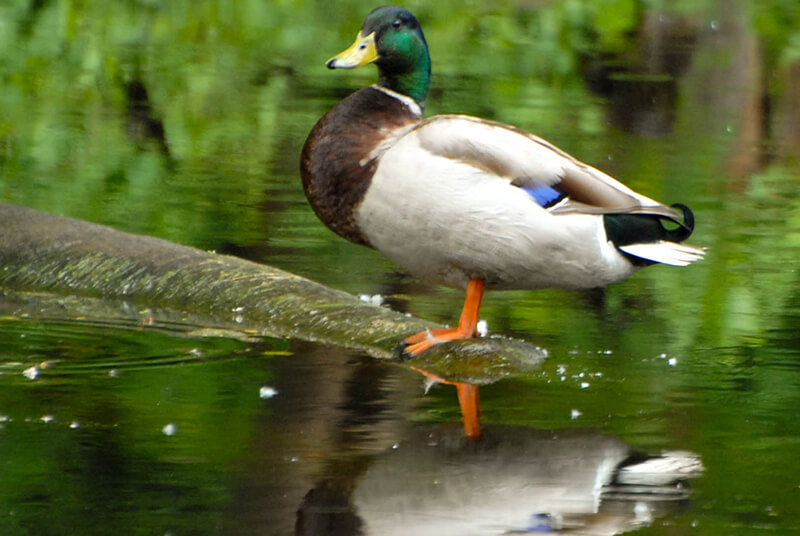 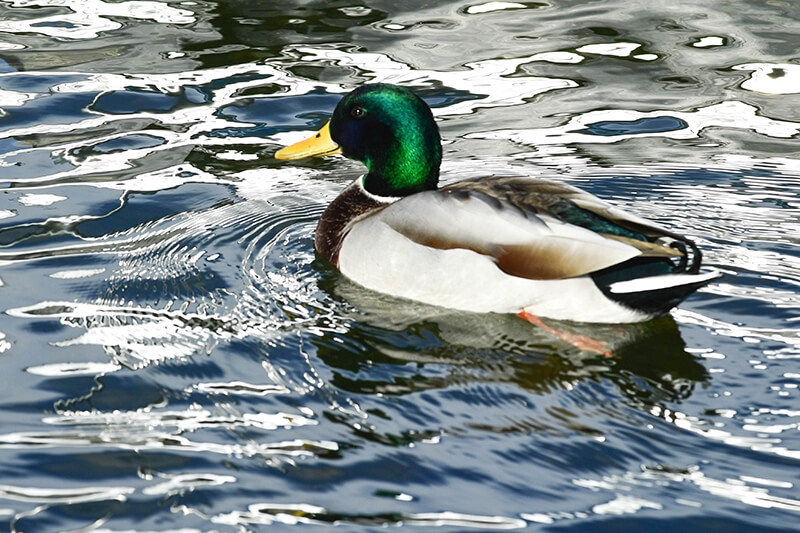 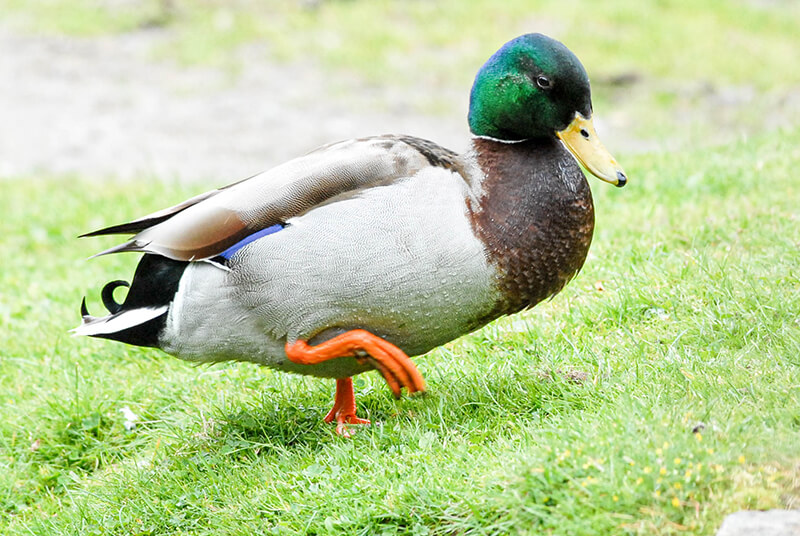 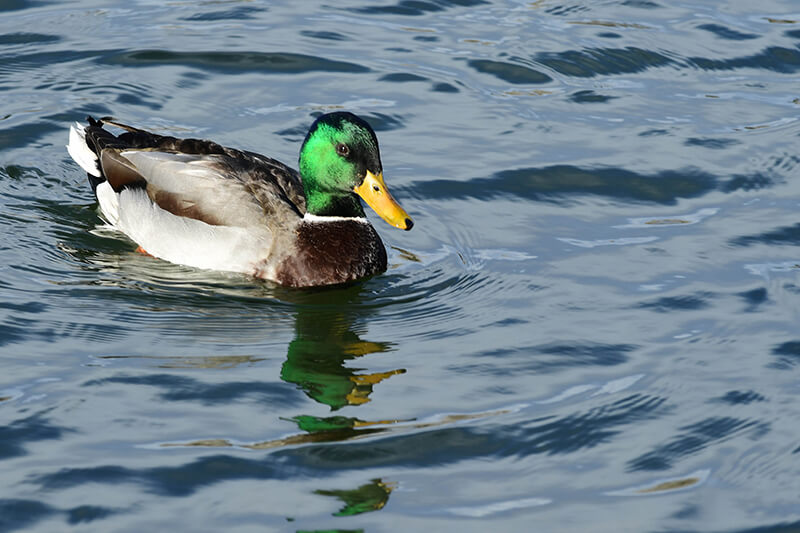 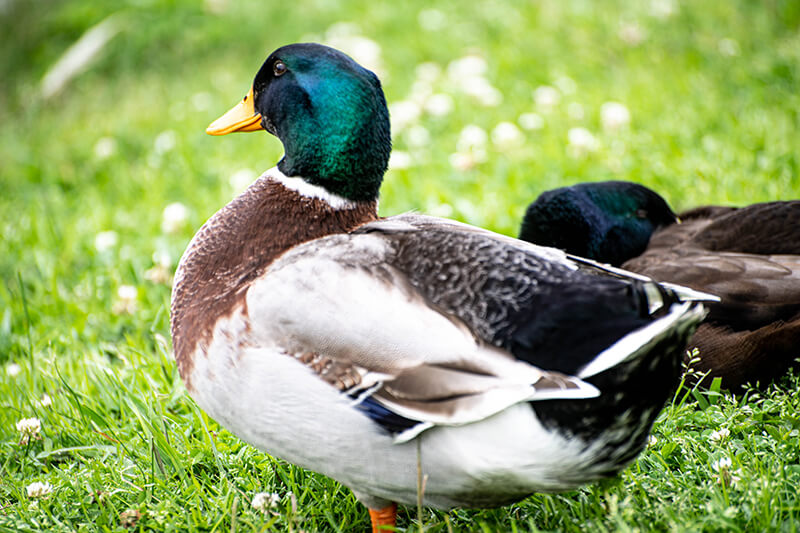 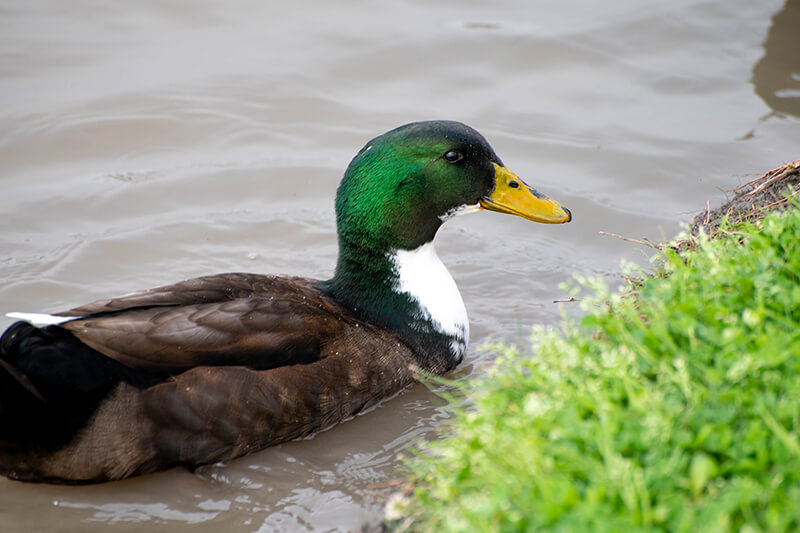 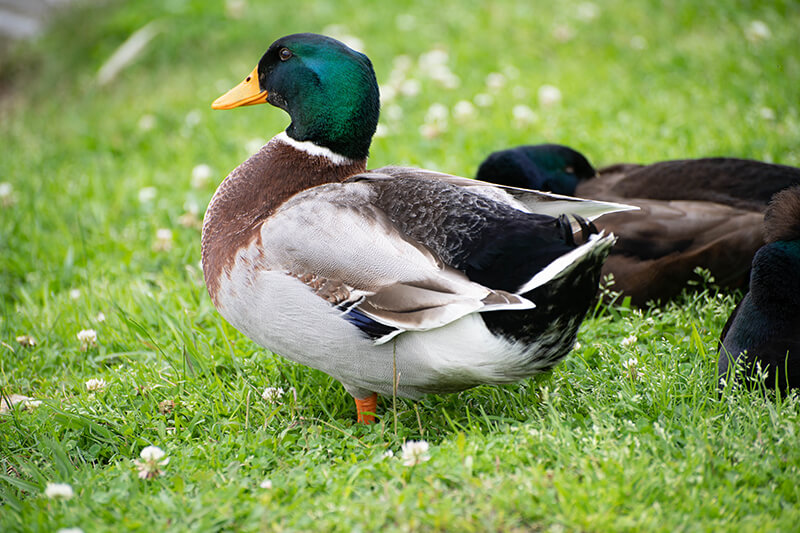 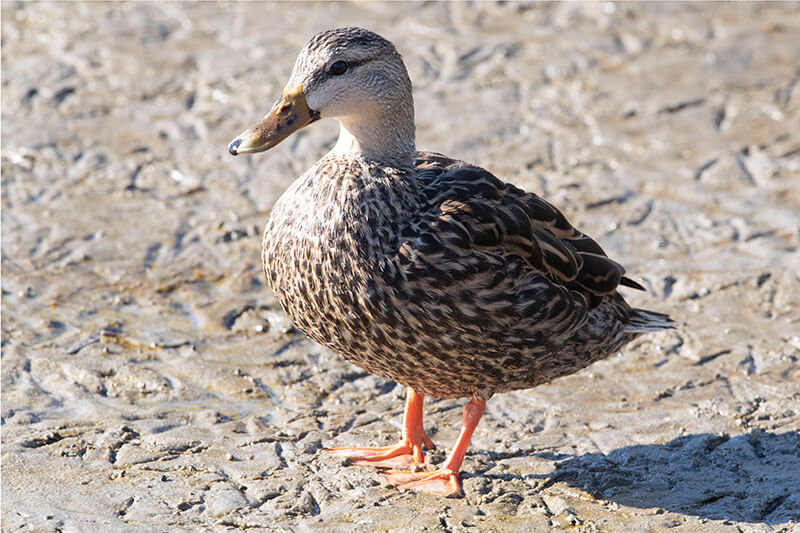 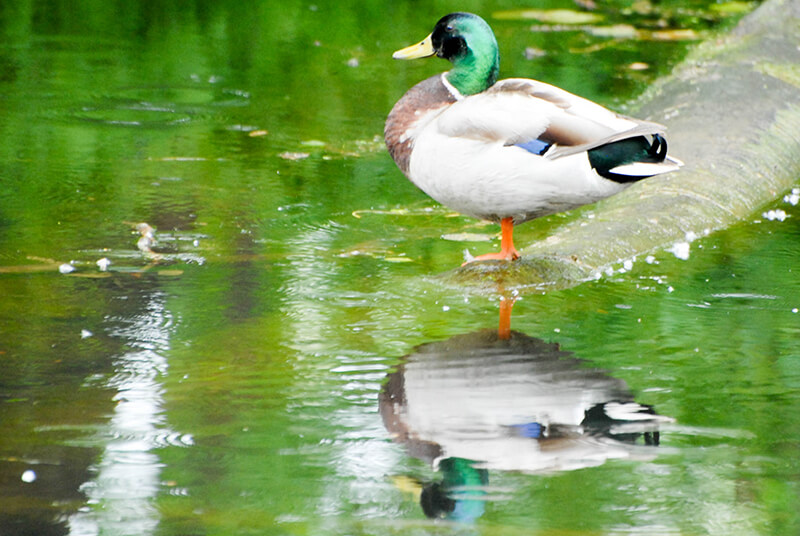 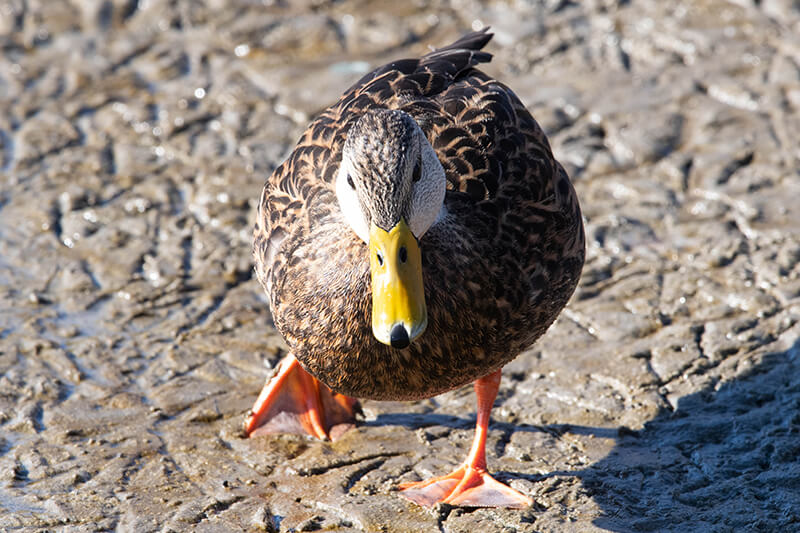 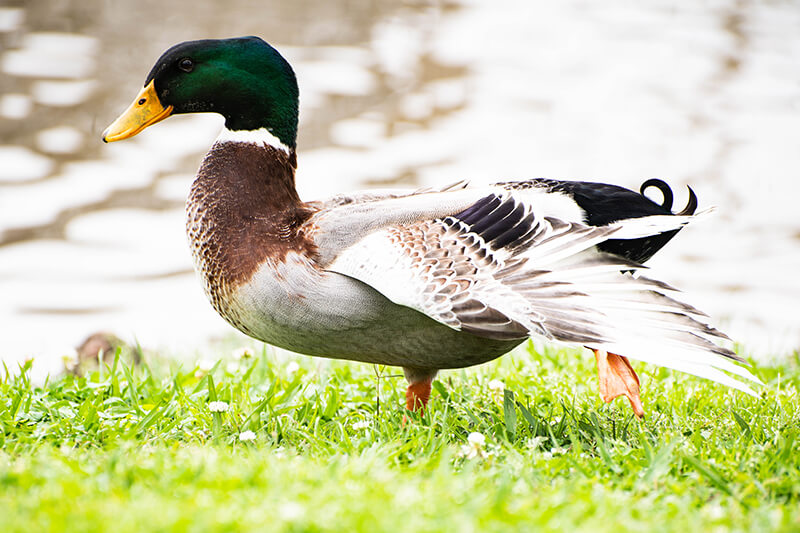 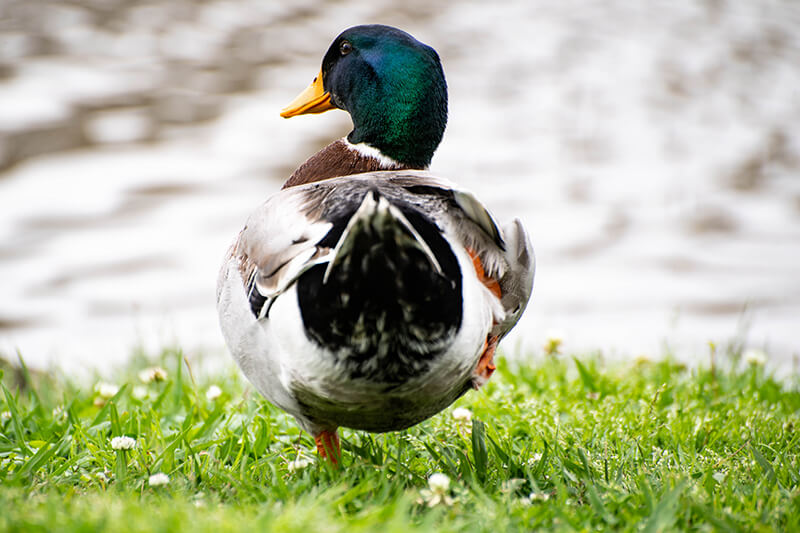