The Muscovy Duck was described by Linnaeus as a ‘facie nuda papillosa’ (‘a duck with a naked and wart-like face”). Cairini means from Cairo, a mistaken name similar to that of Muscovy. It weighs from 2.5 to 3.7 kg (6 to 8 lb) and measures 86 cm (34 in). They inhabit forested swamps and lakes near grasslands and roost in trees for nocturnal resting at elevations lower than 1000 m (3000 ft). They have a black plumage with large white patches on wings. Eyes are yellowish-brown. Male with short crest on the nape. Bill is black with some tones of pink, and its base shows a dark red knob. The bare skin of its face is red. Black legs and webbed feet with long claws. Tail is wide and flat. They exudate a musk smell. Sexual dimorphism evident in the plumage of the smaller female with dark brown or black feathers mixed with white on the head, as well as, lavender or all white. Both sexes have a nude black-and-red or all-red face. Some may have blue eyes in a dark head. They only quack in cases of extreme stress. They feed on plant material, small fish, and insects. Due to their weight they are consumed in restaurants. Males present a helical penis that erects to 20 cm (7.9 in) in 1/3 second. Whereas females present cloacas in the opposite direction that seems to have been evolved to limit forced copulation by males. The clutch consists of 8 -16 white eggs that are incubated for 35 days. 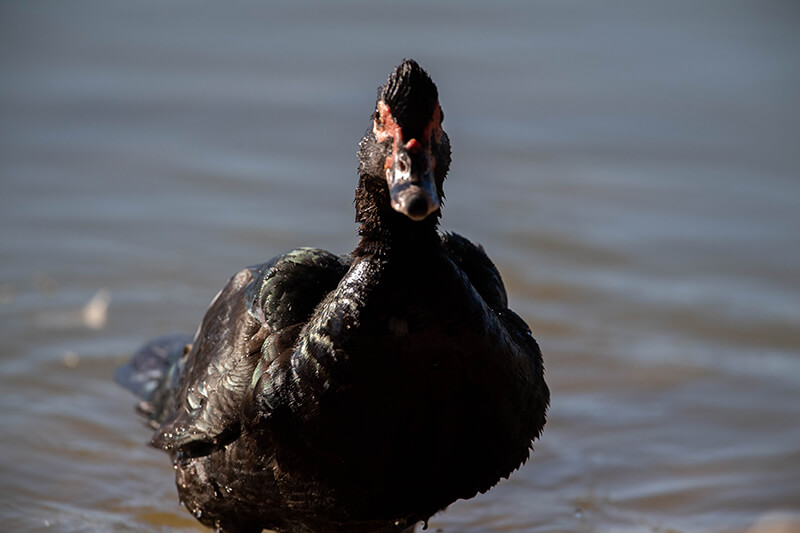 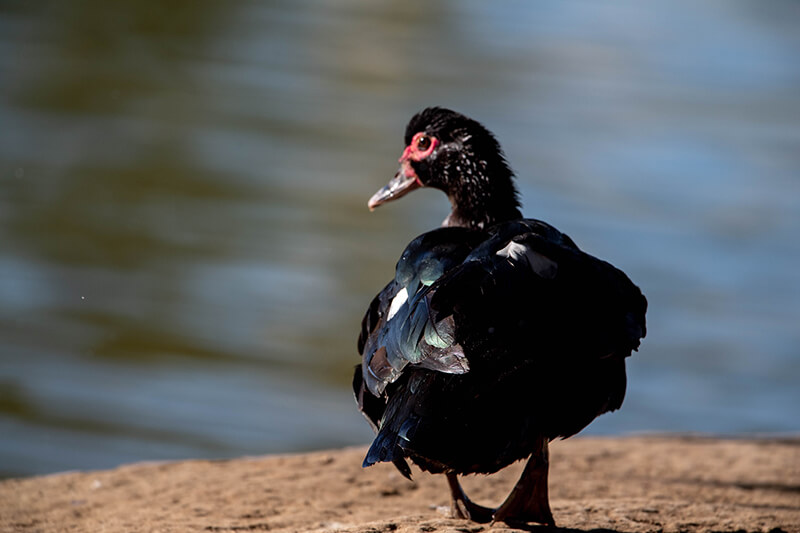 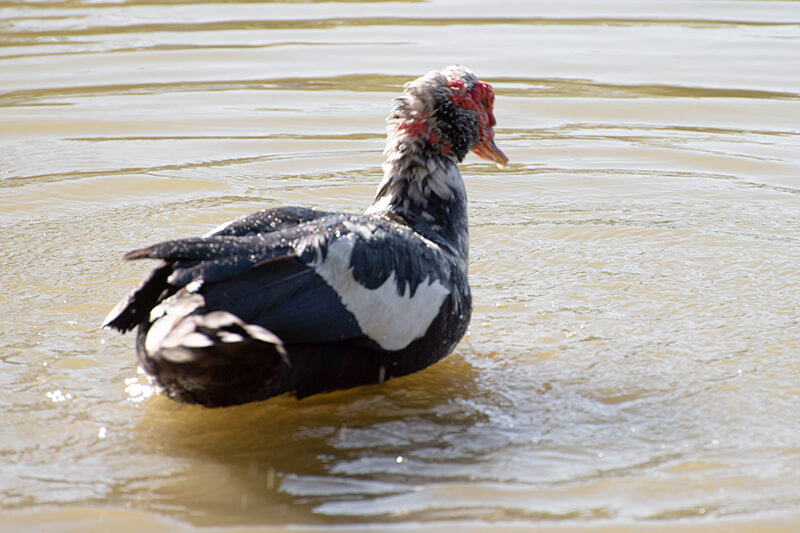 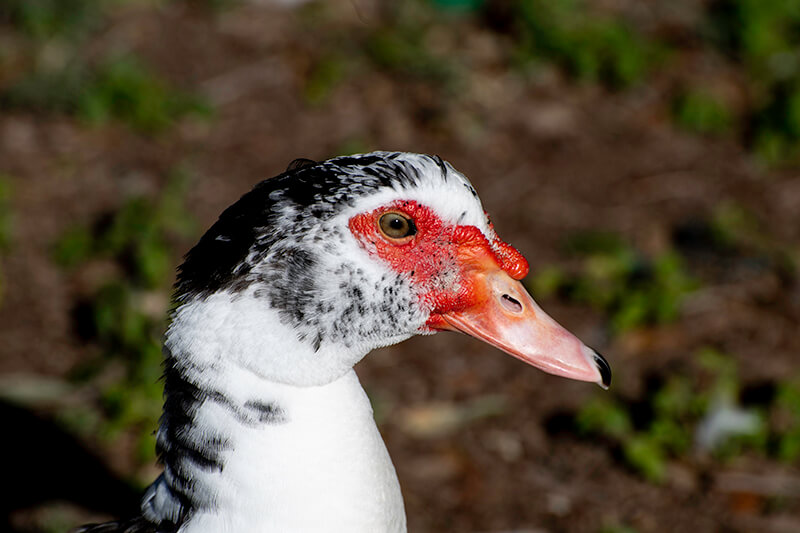 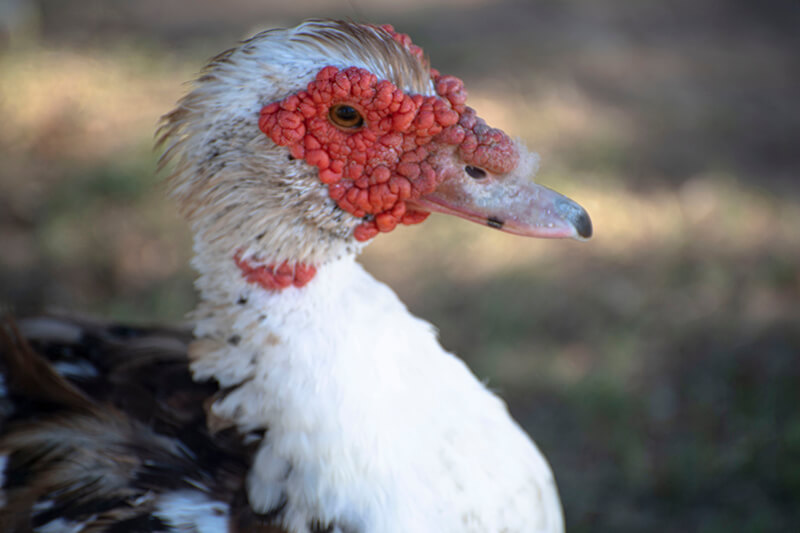 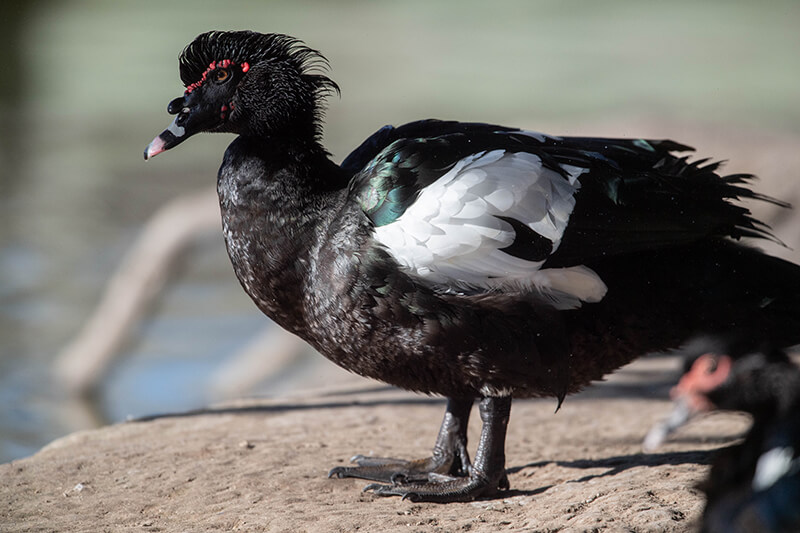 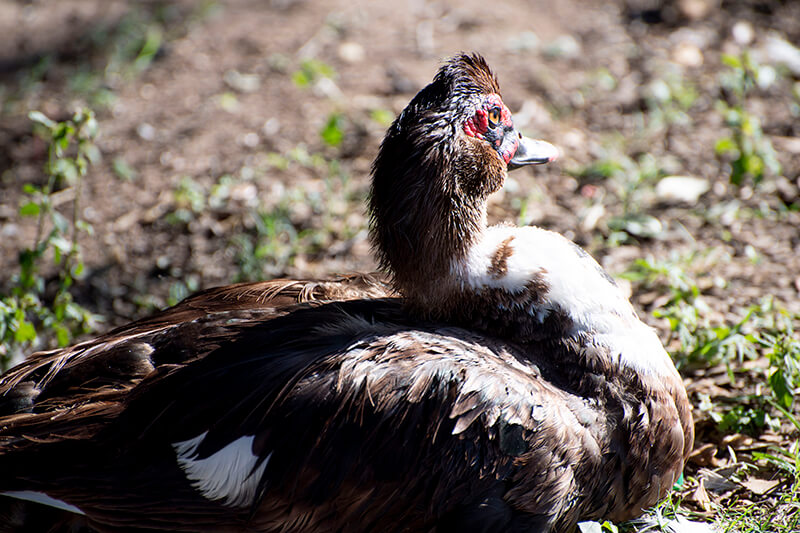 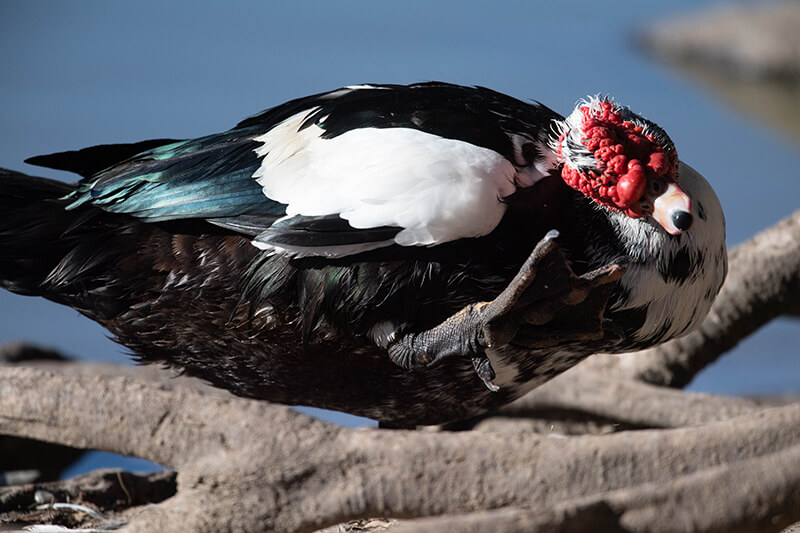