The Rusty-margined Flycatcher inhabits the subtropical or tropical moist lowland forests and heavily degraded former forest. This bird is found at forest edges and in woody second growth from eastern Panama to south to southeastern Brazil. They have a dark sooty head with a yellow coronal patch and a white supercilium, brown upperparts and wings with cinnamon edges on the secondaries and proximal primaries, and bright yellow underparts. This general color pattern is shared among several genera of large-bodied neotropical flycatchers, including closely related species such as the Social Flycatcher Myiozetetes similis. More retiring and less vocal than the Social Flycatcher, the Rusty-margined Flycatcher often perches in open areas hawking insects or sallying to the ground to forage. The seasonal movements of these birds are not well known, but some relative abundance of some in northern 16.5–18 cm; 22–29.5 g. The nominate race has head mostly dark sooty or blackish brown, large bright yellow to golden coronal patch. Its natural habitats are subtropical or tropical moist lowland forests and heavily degraded former forest. 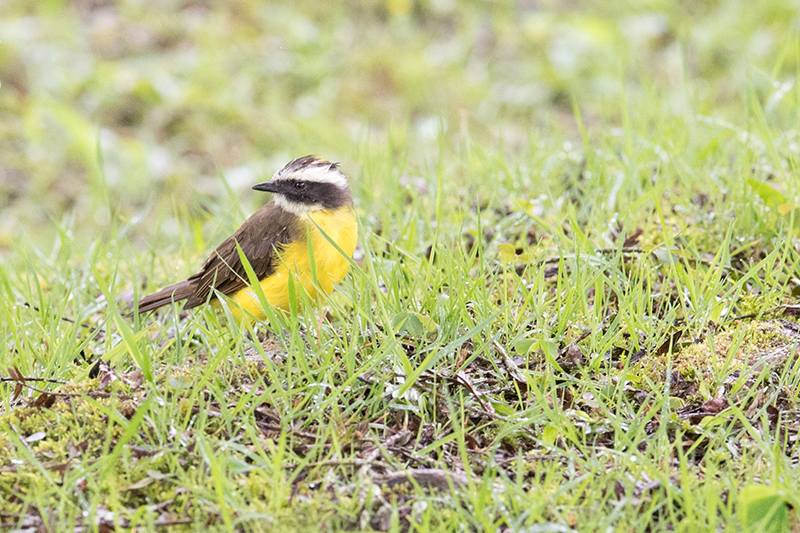 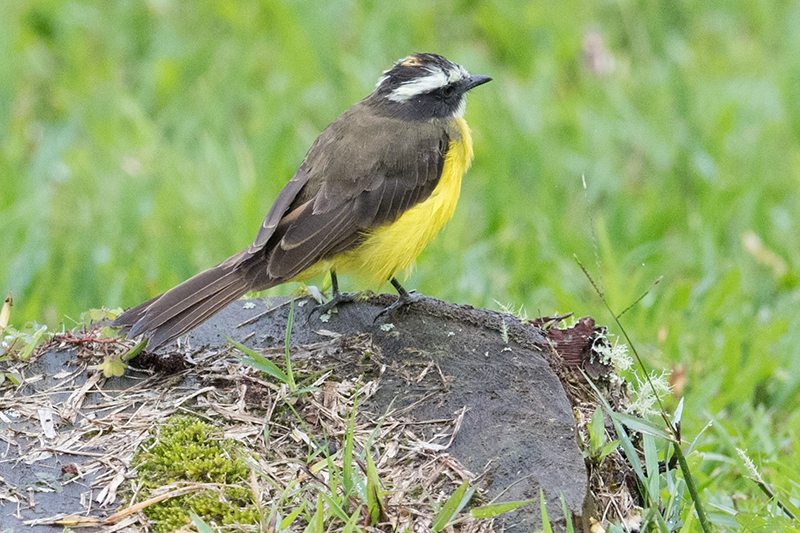