The Tachybaptus dominicus is a small-sized grebe with a chunky body and is the smallest member of the Podicipedidae family. The least grebe seldom flies but it is an excellent swimmer, particularly underwater, where he collects food. It can be submerged for 25 seconds. When in danger they hide underwater, with only is head poking above the water surface. The habitats include swamps, small ponds, shallow lakes, ditches, marshes with floating vegetation, and swamps nearby rivers. This bird has a thin, slender, ringed sharp black bill, and a lead gray plumage that is darker on the crown and its back. It has a fairly long neck and it shows white patches on the secondaries and inner primaries. Belly and undertail are tawny and puffy. Adults have distinctive golden-yellow eyes. The skin under the feathers is covered by a black pigment that absorbs solar radiation. Found in pairs or small flocks. While it dives, it traps aquatic insects, crustaceans, tadpoles, spiders, small fish, snails, eats algae, and insects from the surfaces of aquatic plants. Like all grebes, they eat their own feathers, which protect the intestines from ruptures by sharp fish bones. Nests are built on the floating vegetation. Its posture consists of 3 to 6 blue-white eggs that are incubated for 21 days. 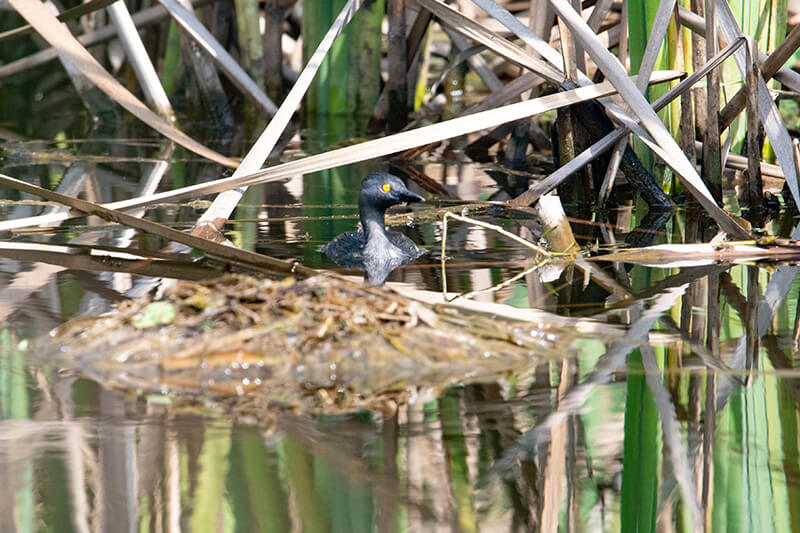 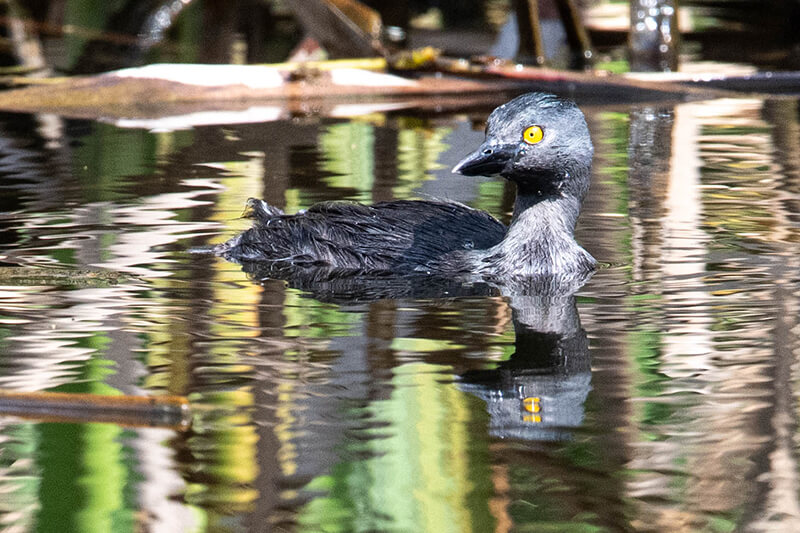 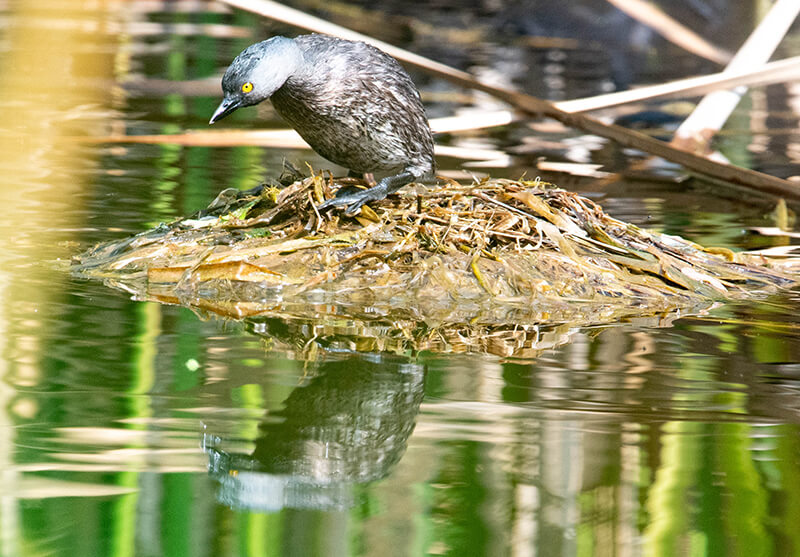 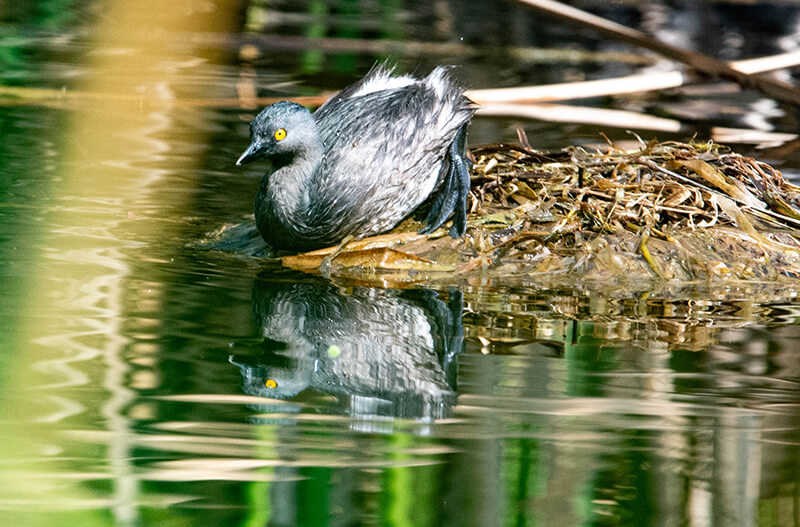 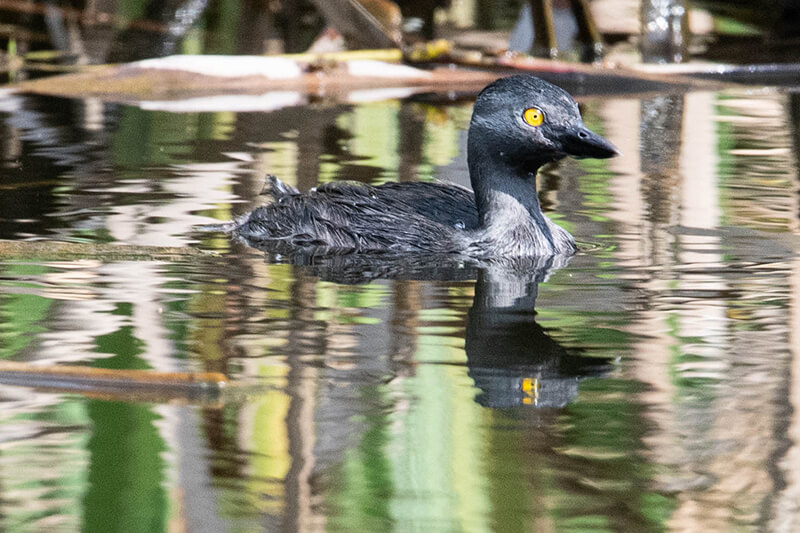 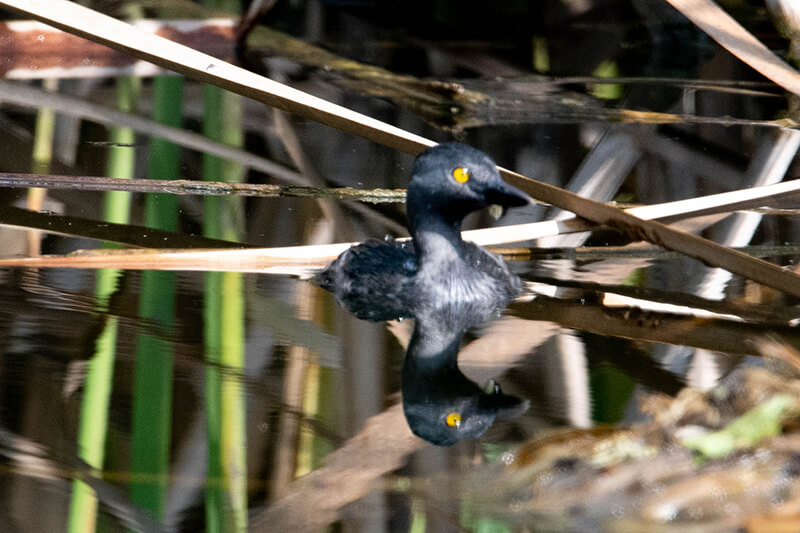 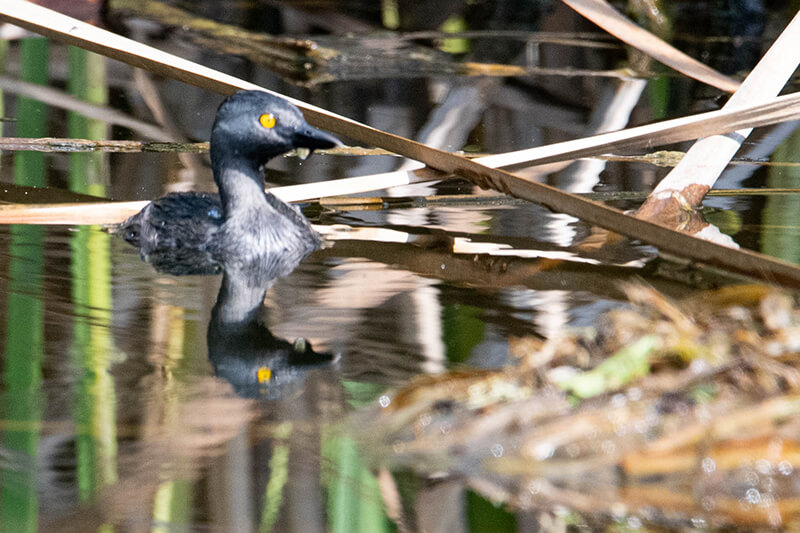 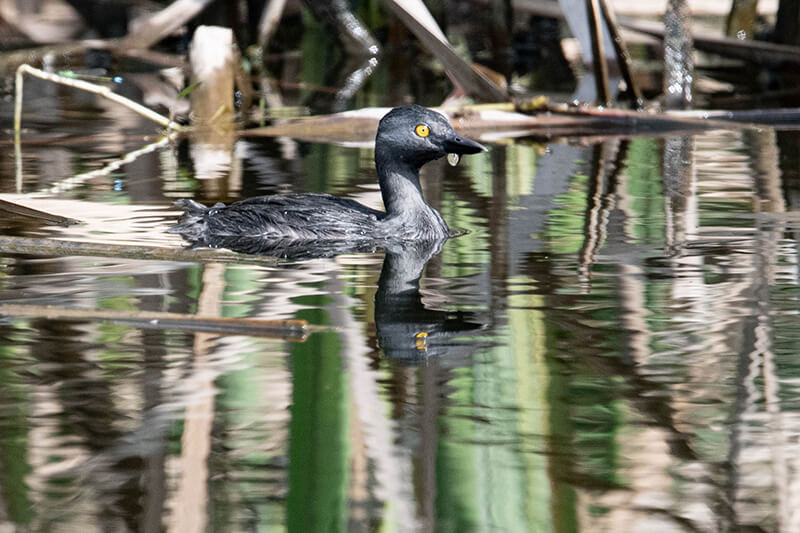