The Little Blue Heron is unusual in that it has a white juvenal plumage, like other egrets, but changes color to bluish-gray when an adult. The adult also shows a blue-gray pointed bill with black tip, and thin blackish crest as well as blackish legs. It is about 2 feet tall with a wingspan of about 40 in. It has slate-blue feathers with a maroon neck and head. Its pointed bill is gray with a black tip, and it has gray to blue legs and feet. Males and females look alike. As a juvenile the plumage is entirely white, lacking crests and the bill is dull grayish with a black tip and the legs are greenish. It is found in diverse aquatic habitats. It eats small fish and crustaceans, amphibians, crayfish, insects and reptiles. It also takes tadpoles, frogs, lizards, snakes, turtles and spiders. It breeds in colonies. It stands still in shallow water and waits for its prey to approach. The female lays 3-6 pale blue-green eggs that hatch in about 3 weeks. Both parents build the nest and incubate the eggs. Chicks are fed regurgitated food by both parents. It has a life span of up to 7 years. They often follow farmers as they plow to feed on insects. 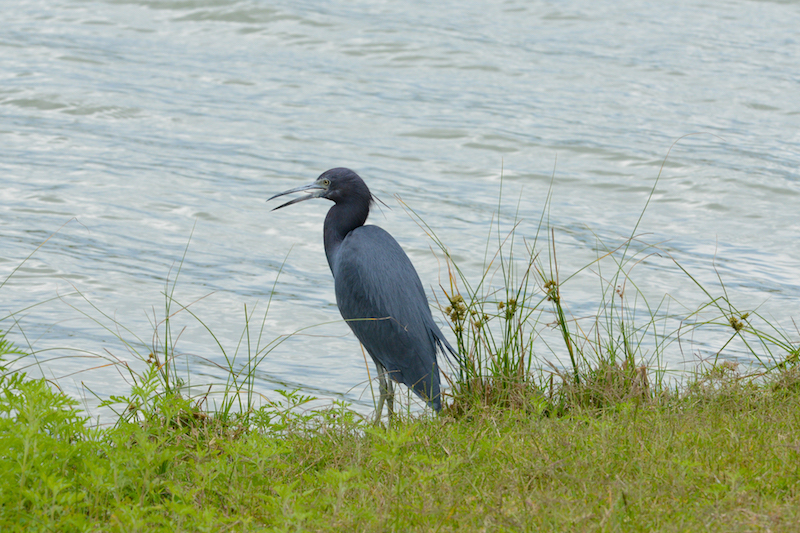 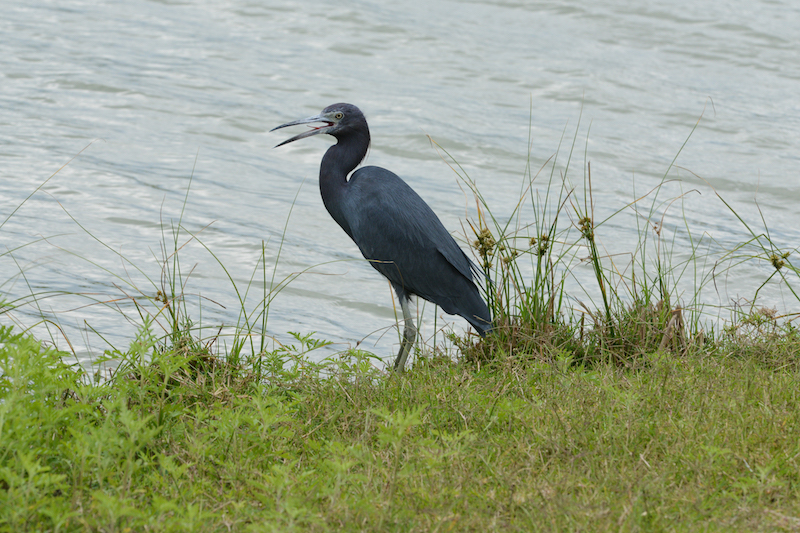 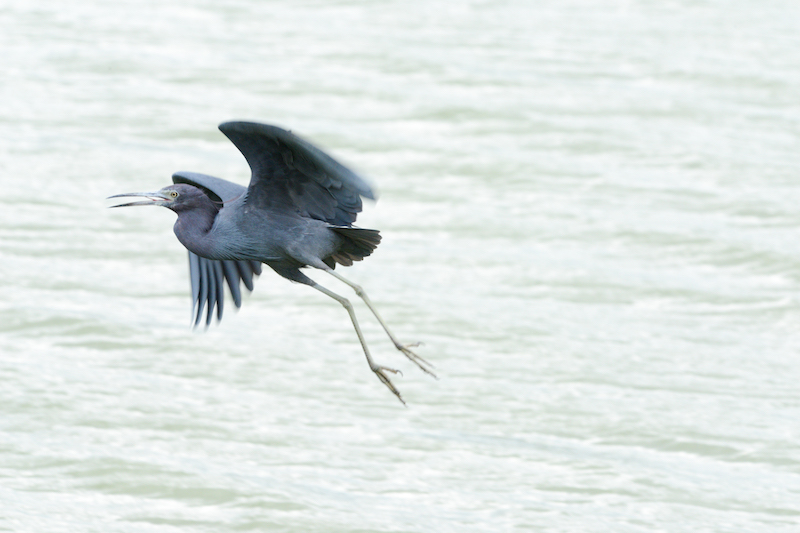 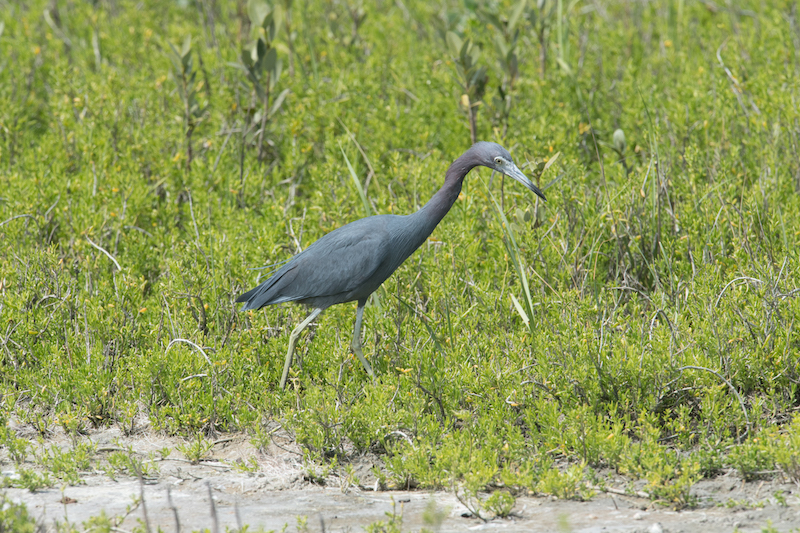 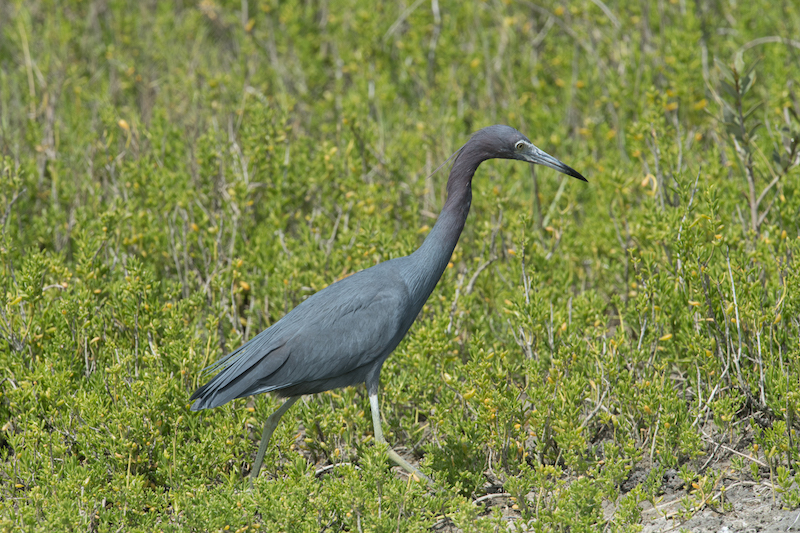 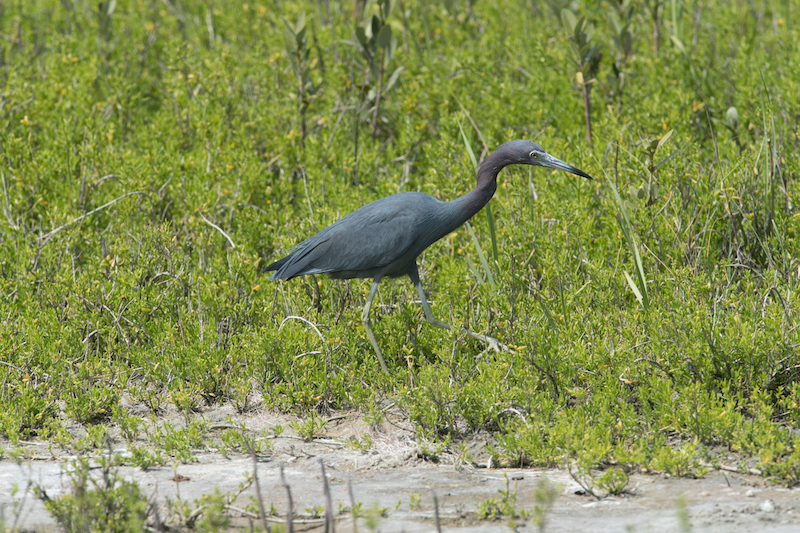