This medium-sized ibis lacks any feathers on its face. Its plumage is bronzy-greenish black or dark brown. Its length ranges between 45 to 50 cm (18-20 in) and weighs about 500 g (1.1 lb). Its orange-reddish bill is long and decurved. The red-brown legs are long but shorter than other ibises. Iris reddish-brown. This is one of the ibis species with less marked sexual dimorphism in bill size. Males have larger bills than females. Their dark plumage and reddish skin color of its face distinguish this bird from other related species. It is found in wet meadows, swamps, pastures, marshes, rice fields, and muddy areas. It is gregarious and found in large flocks up to more than a hundred individuals. The bare-faced ibis feeds principally on small crustaceans, beetles, and insects. Although ibises are territorial and aggressive against others related species, Phimosus infuscatus shows low rates of aggressive behavior towards other ibis species. However, they are aggressive from food robbery from another ibis or animal. Nests are built almost flat and somewhat small for their size in lower parts of trees or shrubs. They often share nests with other species. The posture is 2-8 greenish-bluish eggs that are incubated by both parents for 3 weeks. Nestling fledge 3 weeks after hatching. 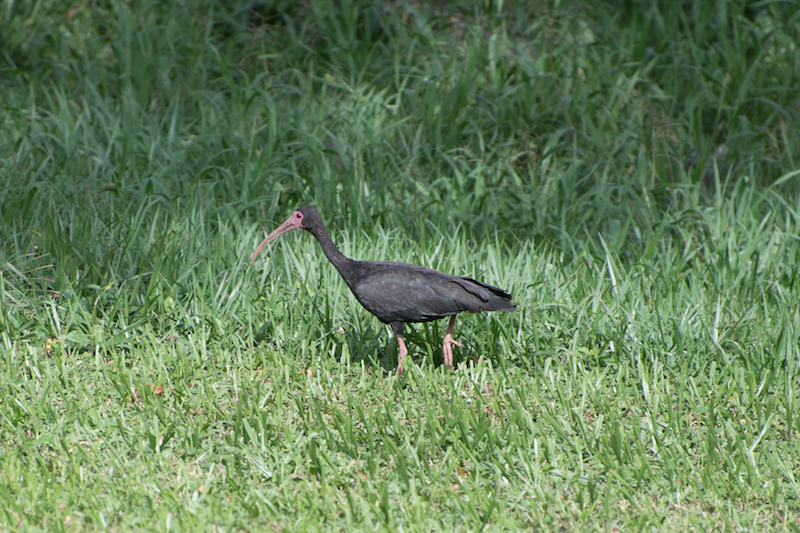 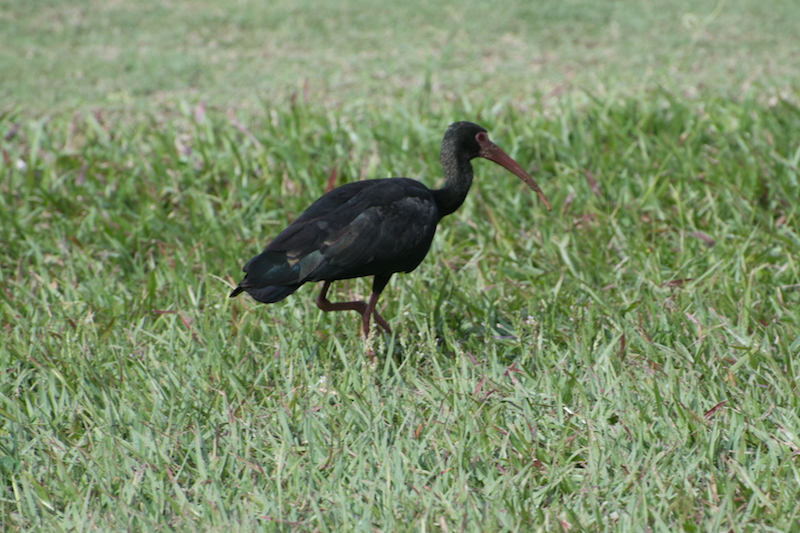 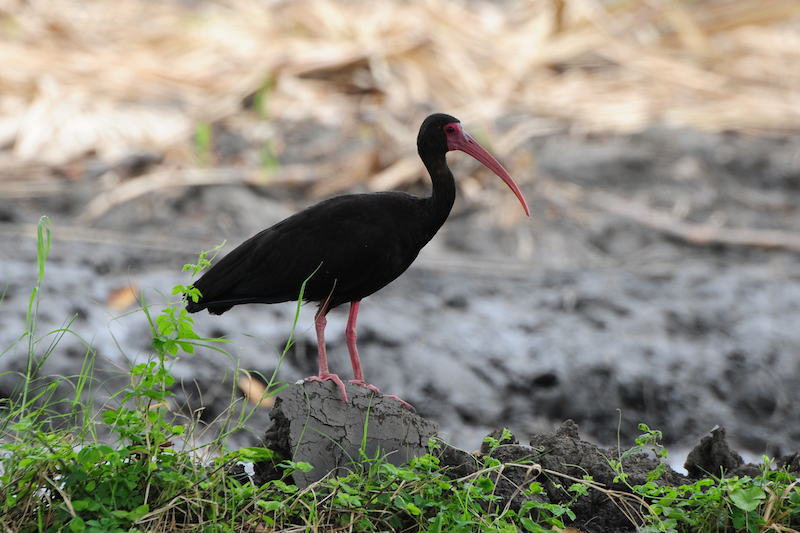 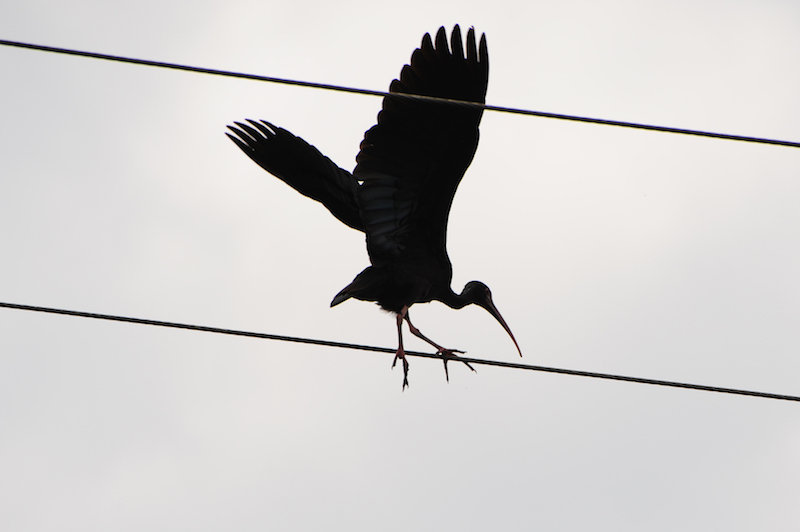 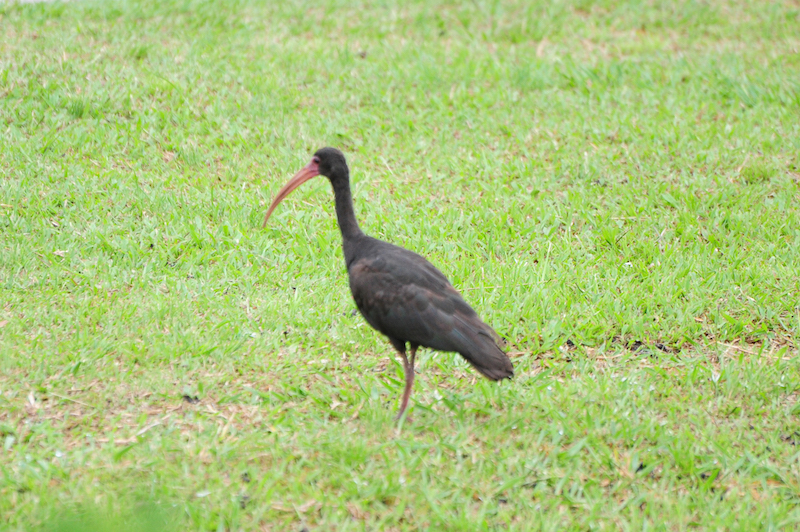 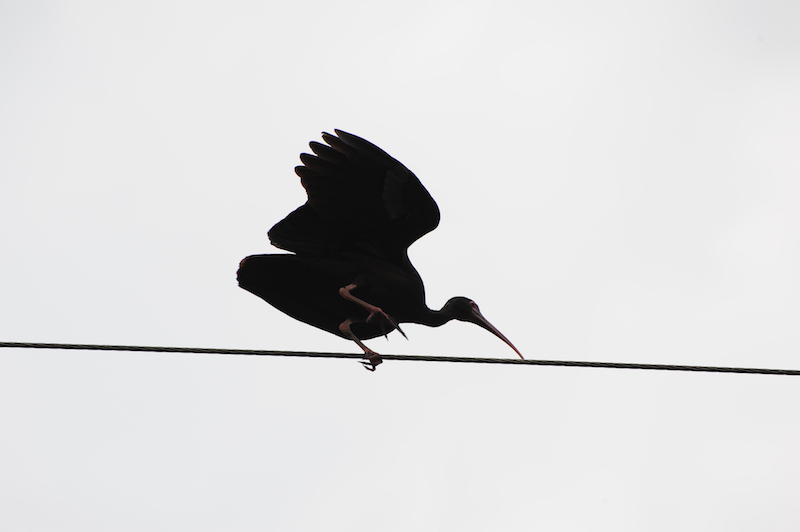