The Buff-necked Ibis or bandurria bird is a fairly large social ibis found widely in open habitats and agricultural fields. Its length is approximately 75 cm (29 in) and can weigh up to 1800f g (63 oz). It inhabits open fields lower than 1400 m (4600 ft). It prefers to walk near low water grasslands, along river edges, lakes, and swamps. It is also found away from water sources, a unique feature among ibises. The buff-necked Ibis has an ochre color cap that extends to its buff neck. The face, breast and neck are cream color. The upperparts are gray greenish with a broad white or nearly white wing patch. The underparts are cream rusty in the breast area with a black belly. They have short reddish legs and long decurved sickle-like beak. The appearance of the tail is somewhat square. If feeds on earthworms, insects, aquatic insects, invertebrates, frogs, and a variety of small aquatic and soil animals. It is a social bird that is generally found in pairs and sometimes alone. The produce a loud noise when disturbed. They construct a large nest in the upper part of tall trees or in shrubs. The posture is from 1 to 2 eggs of white color with brown spots. They were hunted for its meat that tastes like hen. Population is not in danger. They live around 20 years. 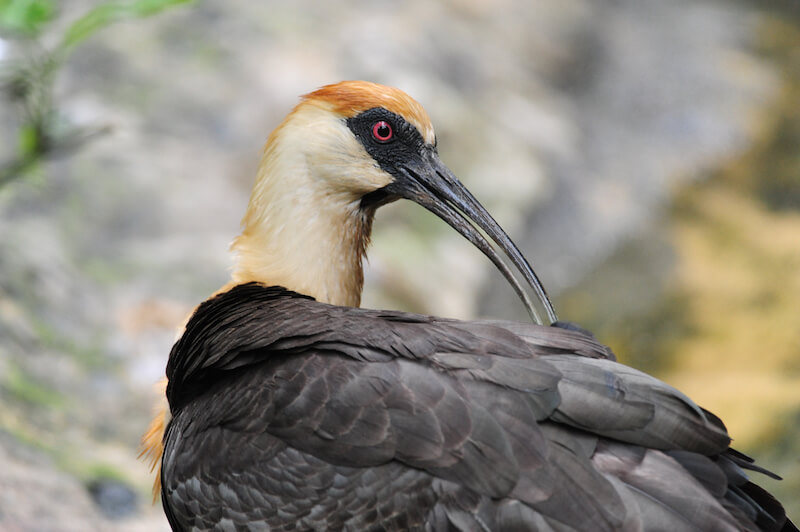 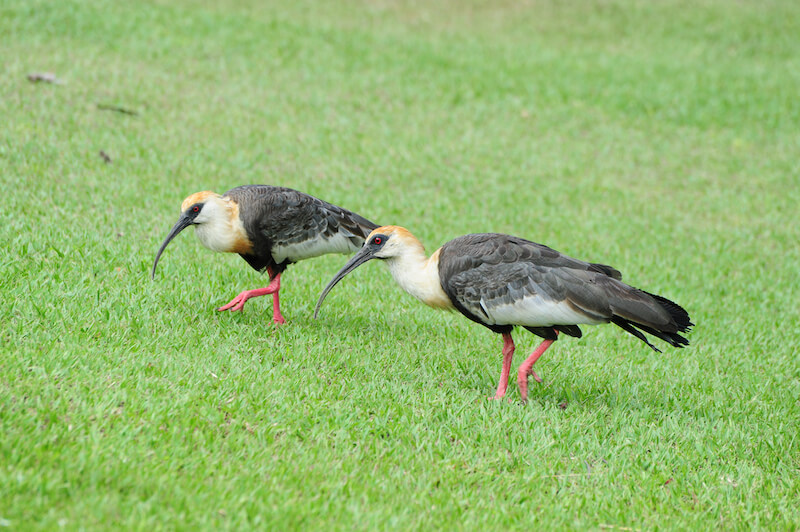 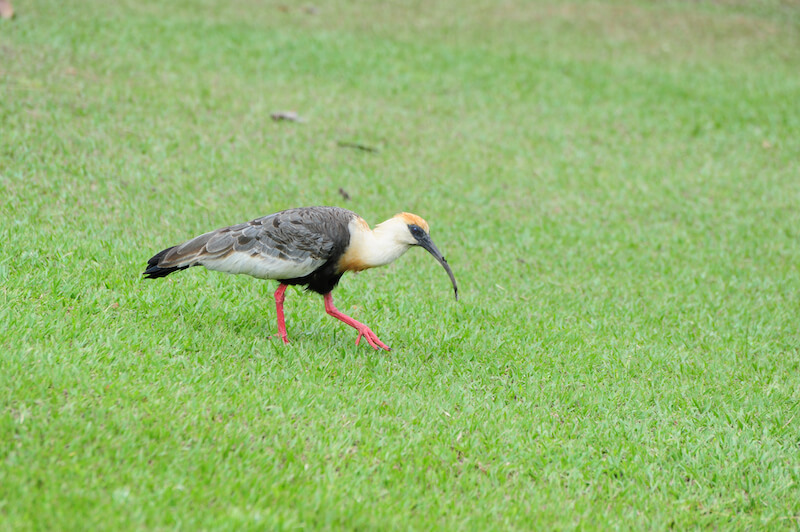 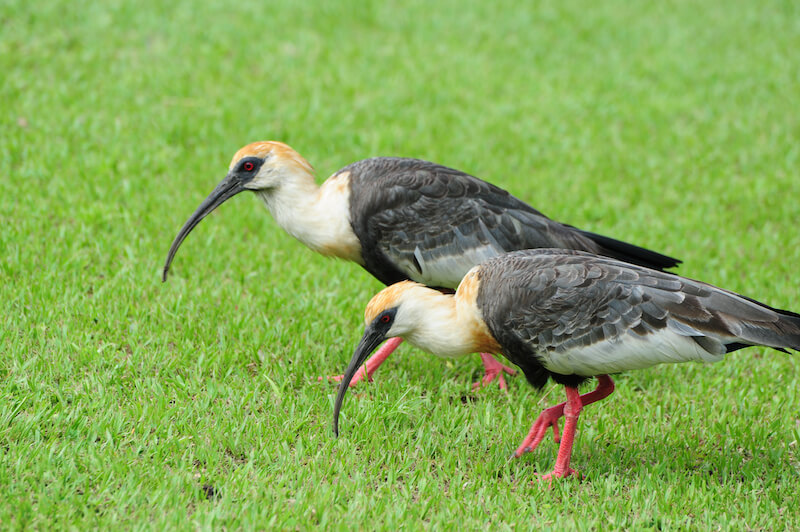 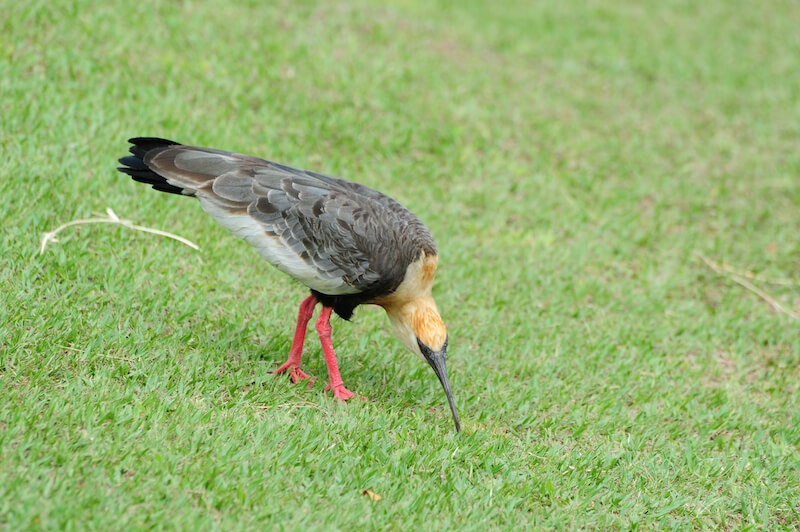 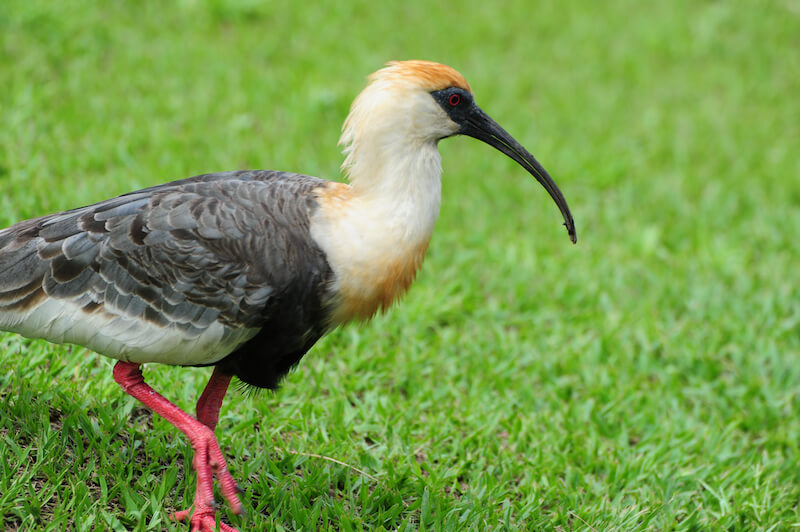 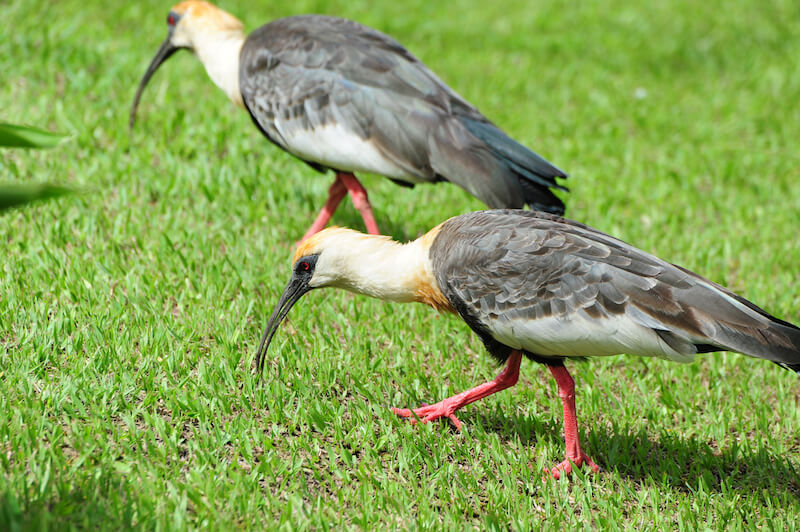 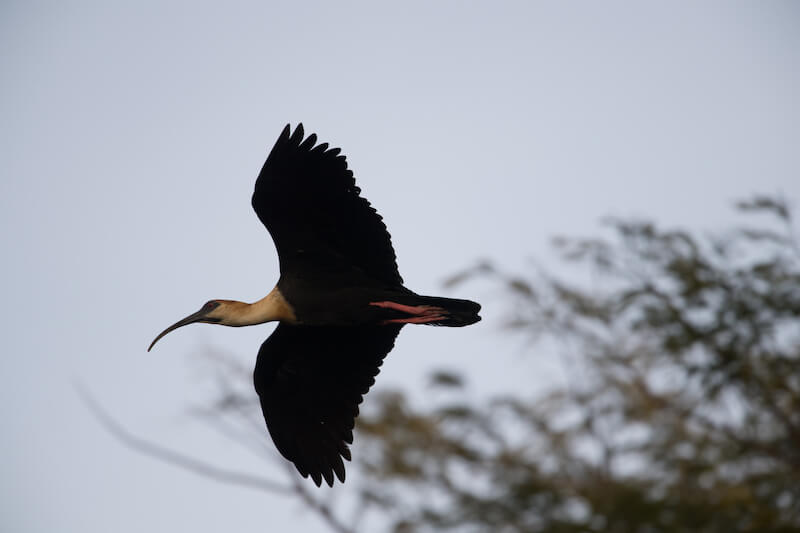 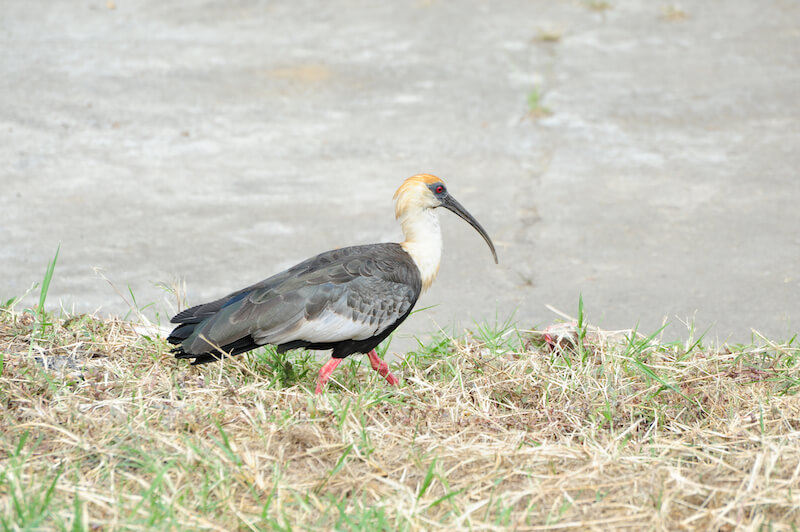