Scarlet Ibises vary in length from 56 to 61 cm (22 to 24 in), with a weight of about 1.4 Kg. The wingspan measures 54 cm (21 in). Both male and female birds exhibit bright red color plumage and have distinctive black tips on their wings. The male is typically slightly larger than the females. At flying they form a V-shape. When flying the neck and legs are stretched out. The legs, and necks are long. Short tail. Long legs allow them to walk across mud flats. Initially they have gray to black plumage and as they grow it turns red in a period of two years. It is believed that the red color is due to the carotene from crustaceans they eat. The long bill is curved and due to its sensitivity, it separates food from mud. It feeds on crustaceans, insects, fish, shrimp, mollusks, aquatic insects, and frogs. They inhabit in fresh and salty aquatic environments such as swamps, lakes and wetlands where they forage in flocks of 30 or more together with other related species. Both construct a platform-shaped nest in the lower part of tress. The clutch is 2-3 pale green eggs with brown streaks. The incubation period ranges from 19 to 23 days. The pair remain faithful while they raise the young. They live up to 20 years. 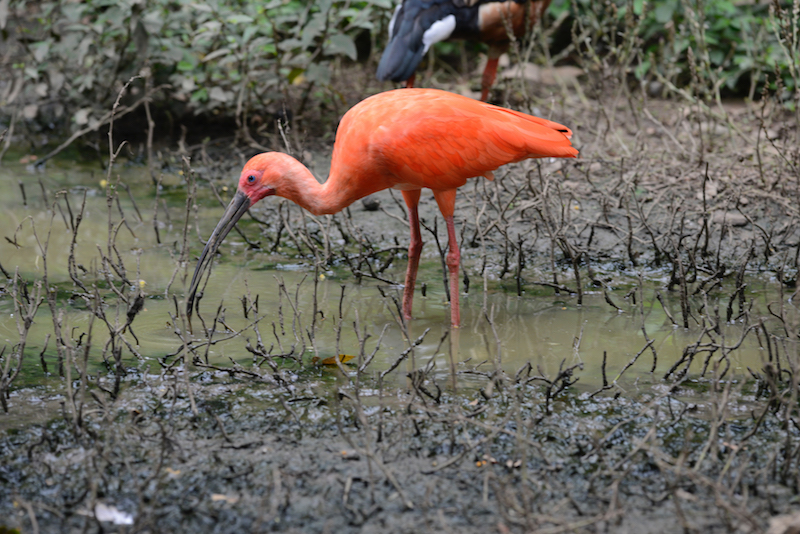 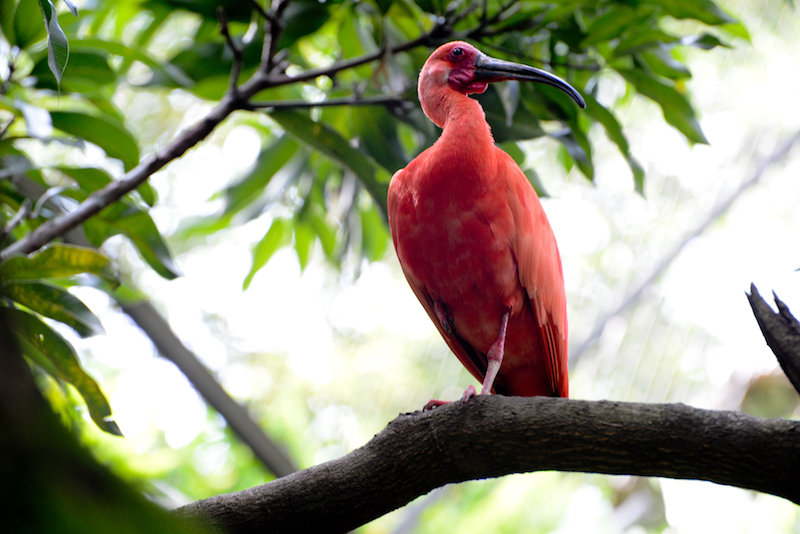 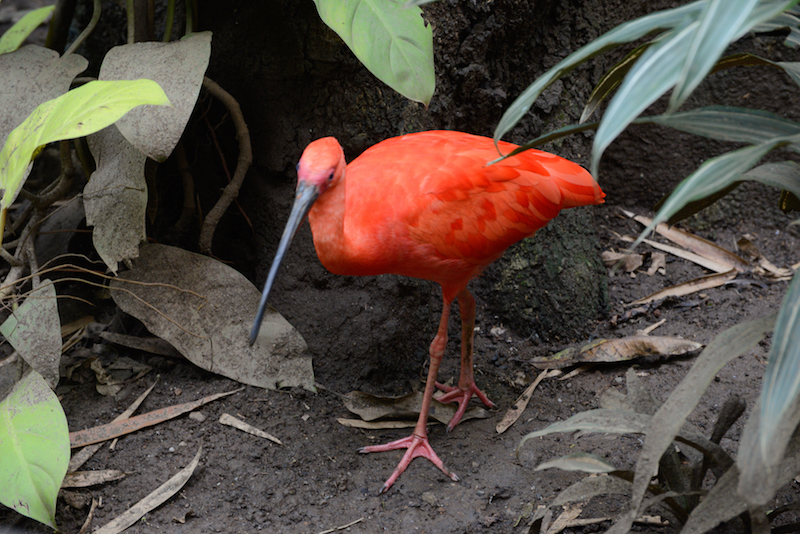 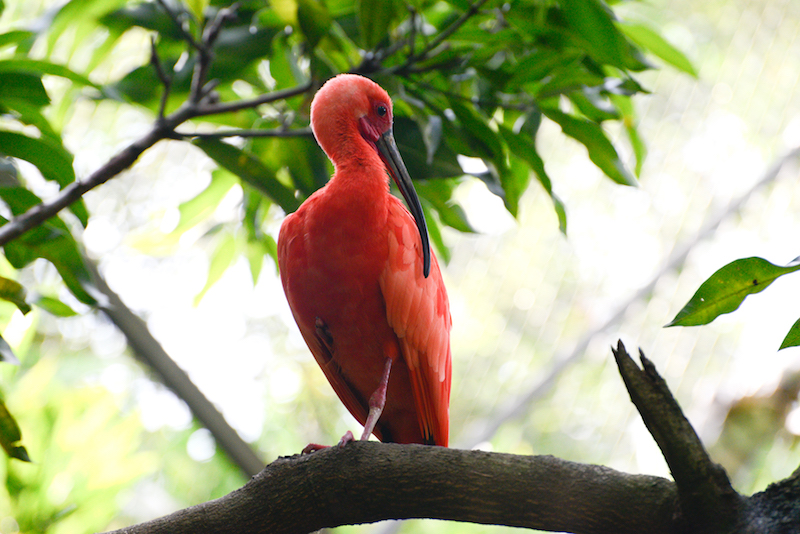 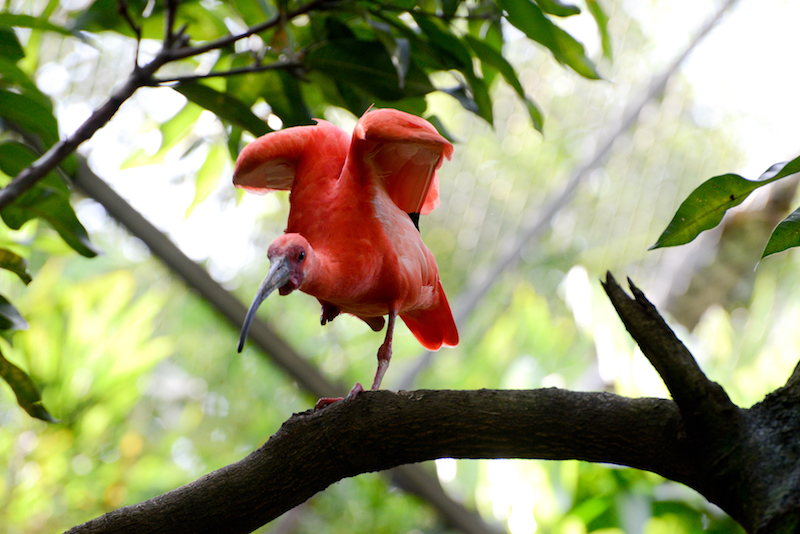 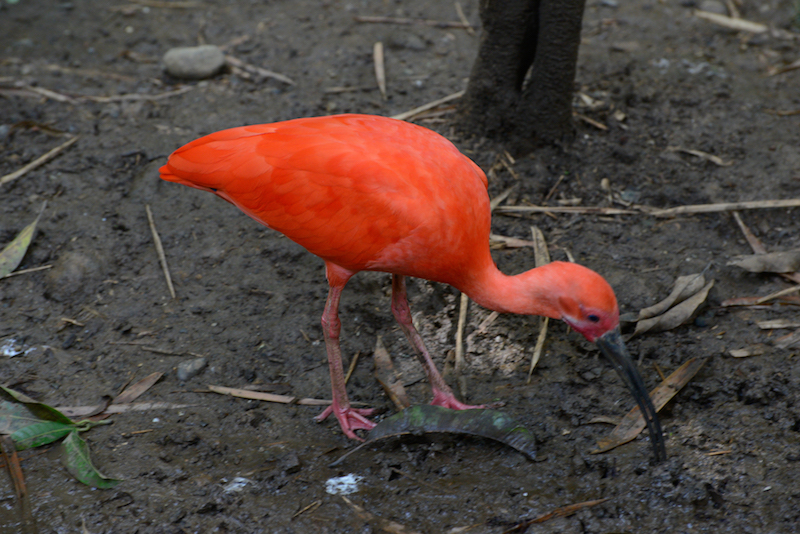 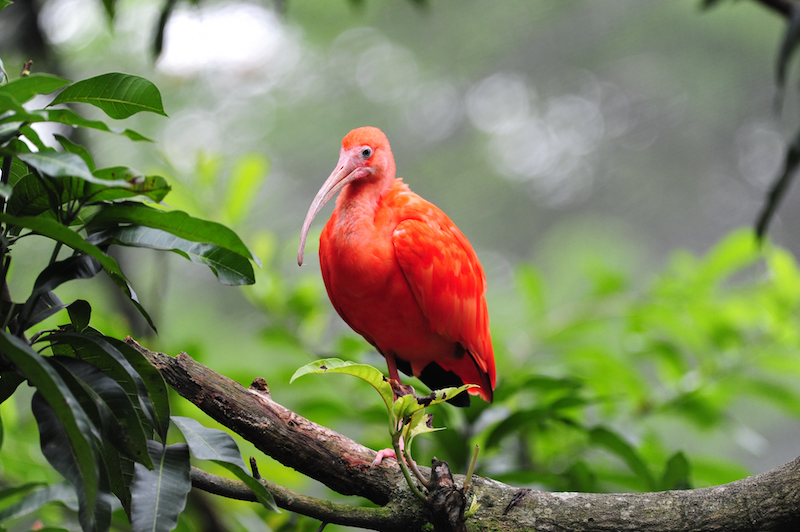 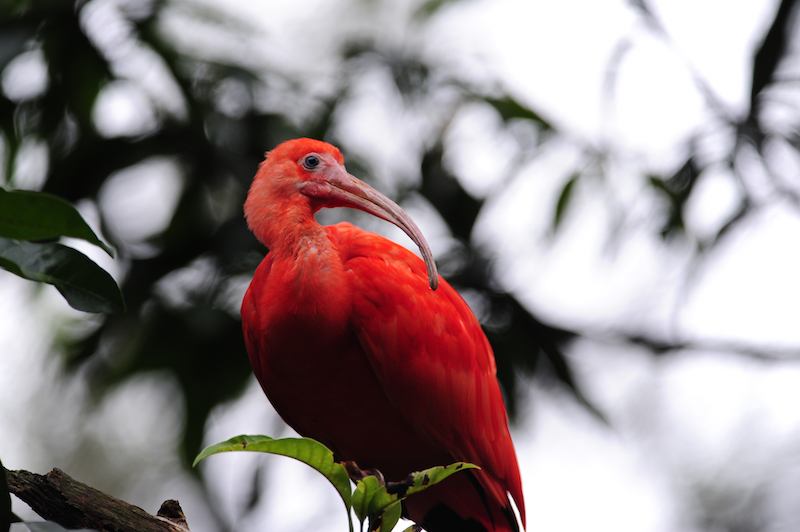 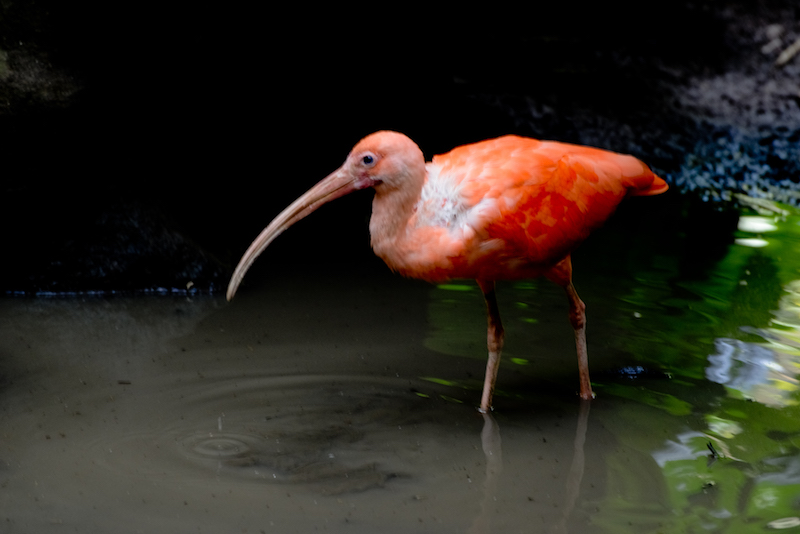 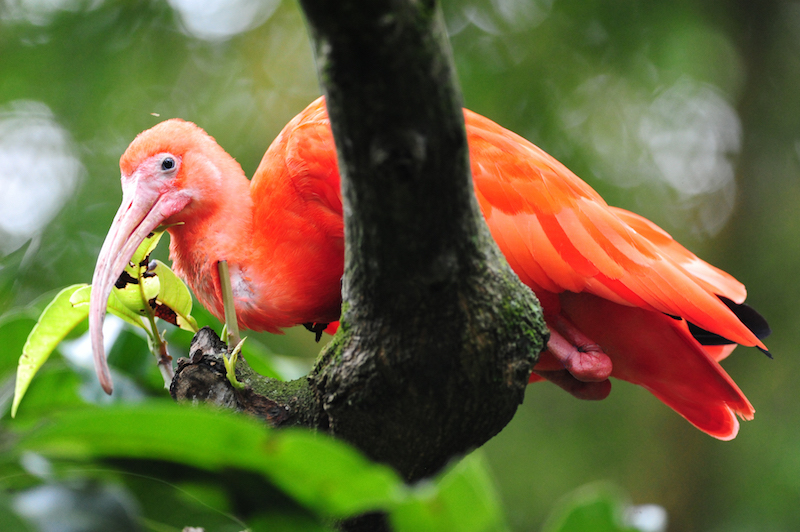 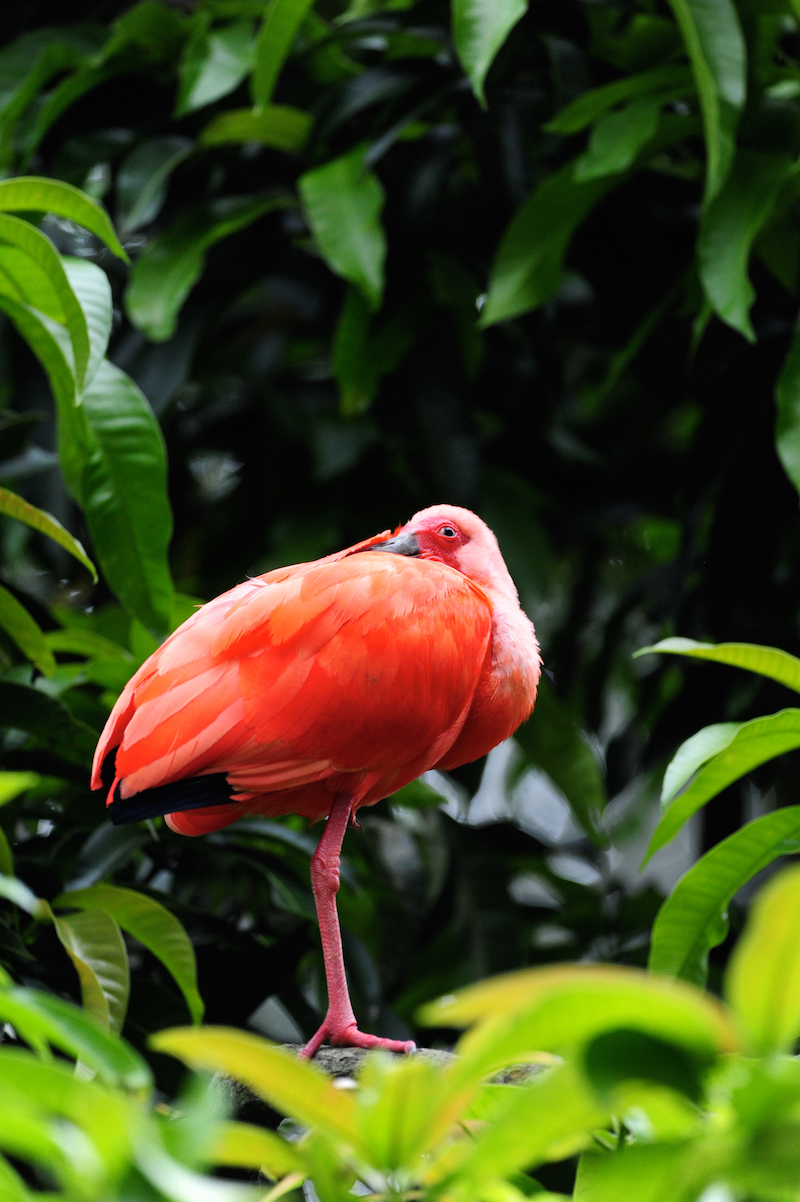 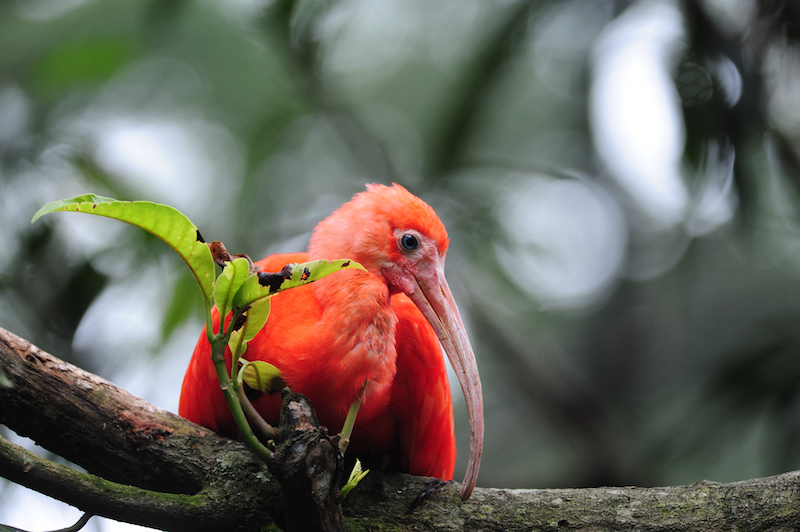