The giant cowbird is a large bird. Found from southern Mexico to northern Argentina. It is found in open areas where they remain in tall growing trees or fly near ground and they have been observed inside dense forests. The male giant cowbird weighs 180 g (6.3 oz) and its body is iridescent black, with a long tail, long bill, small head, and a neck ruff which is expanded in display. The female is smaller and less iridescent than the male. The male has an unpleasant screeched whistle. They are also very adept mimics. This gregarious bird feeds mainly on fruit, insects, and some seeds, including rice, and forages on the ground or in trees. Like other cowbirds, it is a brood parasite, laying its eggs in the nests of oropendolas and caciques. The eggs are of two types, either whitish and unspotted, or pale blue or green with dark spots and blotches. The host’s eggs and chicks are not destroyed. 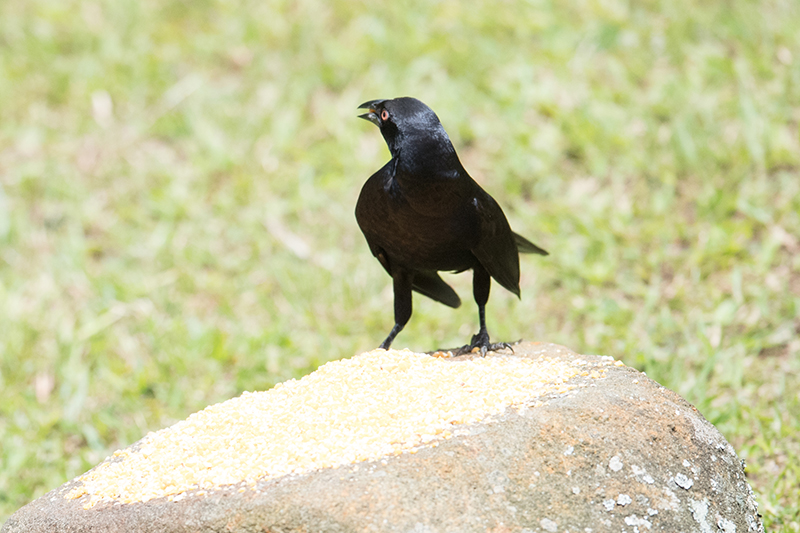 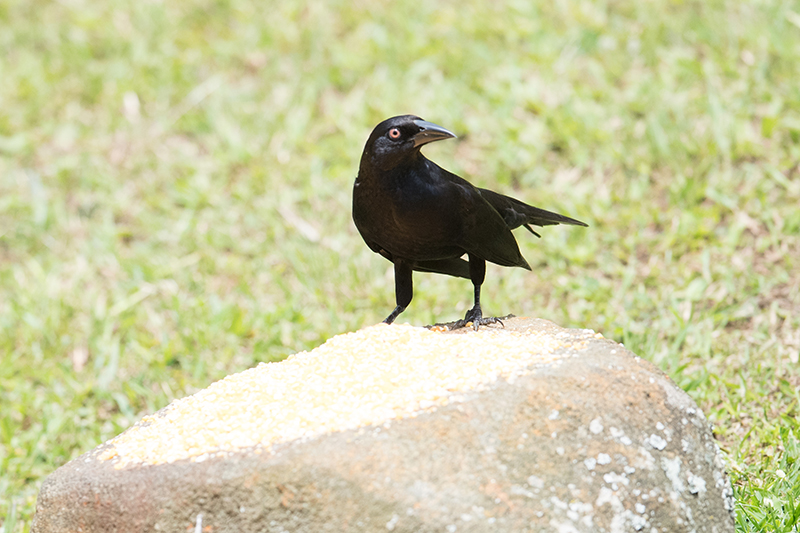 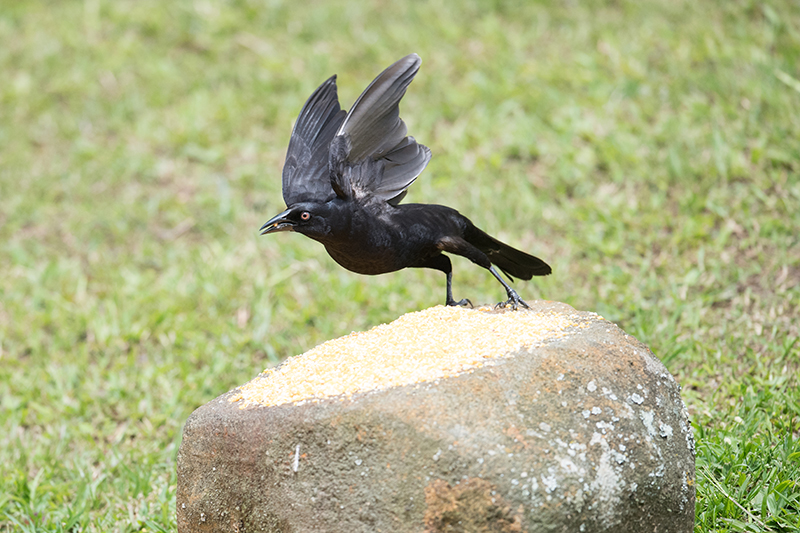 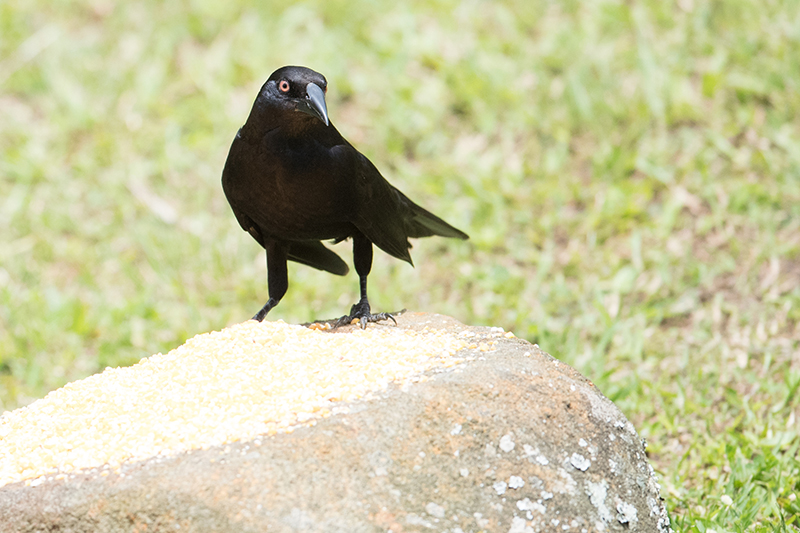