The Oriole Blackbird is a distinctive, large, bright icterid. Contrary to the meaning of its Latin epitope, the Oriole Blackbird does not occur in Mexico. This oriole has a bright saffron-yellow head, underparts, and lesser secondary coverts; with a black back, wings, tail, malar, and bare skin around the eye. The head, neck, shoulders and underparts are bright yellow; the rump and tail are black, apart from the lower wing-coverts that show a stripe of yellow. The eye is brown and is surrounded by a black eye ring; its large bill and feet are blackish. The male weighs 93.5 and the female 92 g. Both sexes are similar in appearance. While on an elevated and prominent position, tree branch or top of a bush this oriole emits a loud song that sounds like a rusty hinge. It inhabits humid, muddy areas near rivers, lakes, marshes, islands in rivers and grassy open lands. The oriole blackbird is usually seen in pairs or small groups but does not form mixed species flocks. It feeds on invertebrates such as insects, caterpillars, frogs, fruit, and tender maize grains from cobs. The nest is a cup-shaped structure of about 17 cm (7 in) in diameter, loosely woven out of dry grass, rootlets and stems. The clutch is of 1 or 3 pale blue eggs with brownish and grayish spots. The female incubates the eggs for 18 days. Both parents feed the chicks. 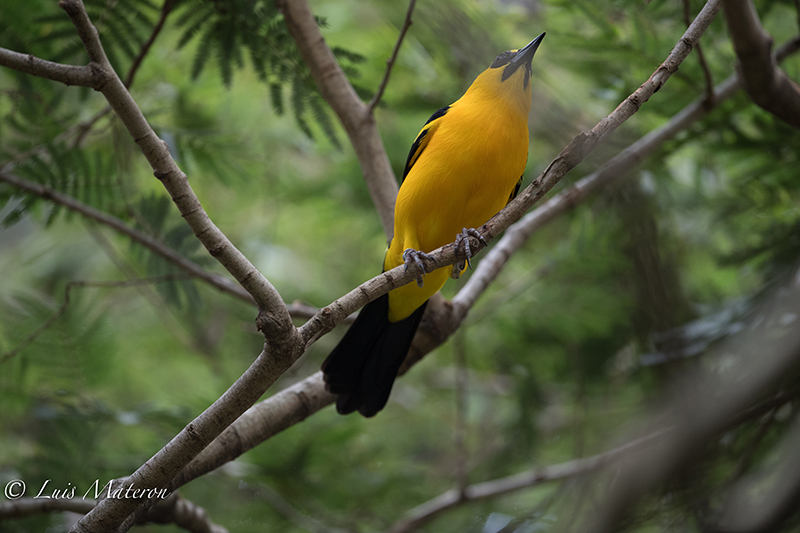 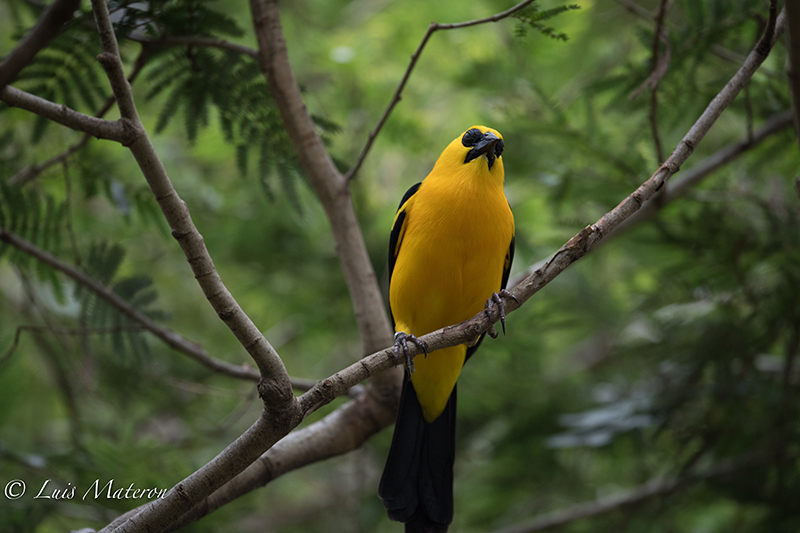 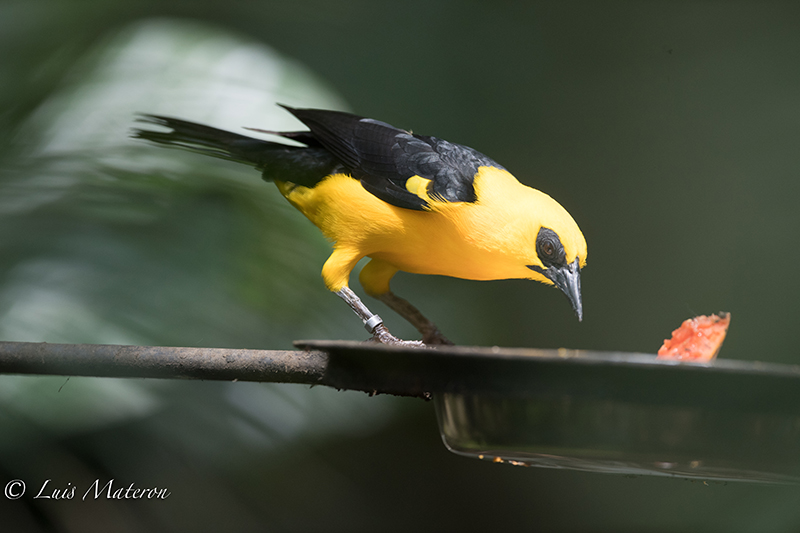 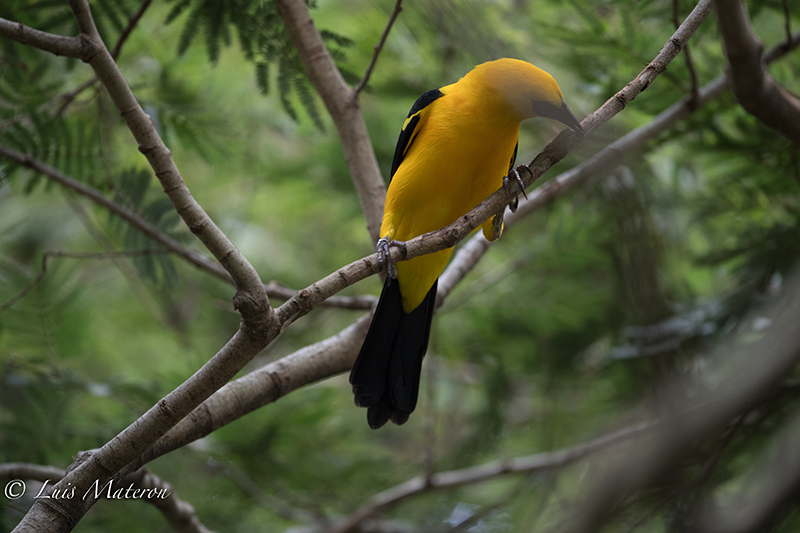 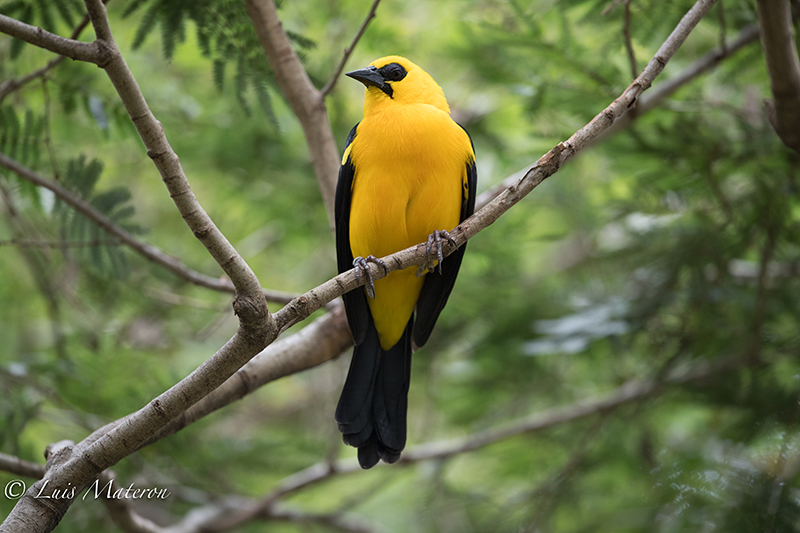 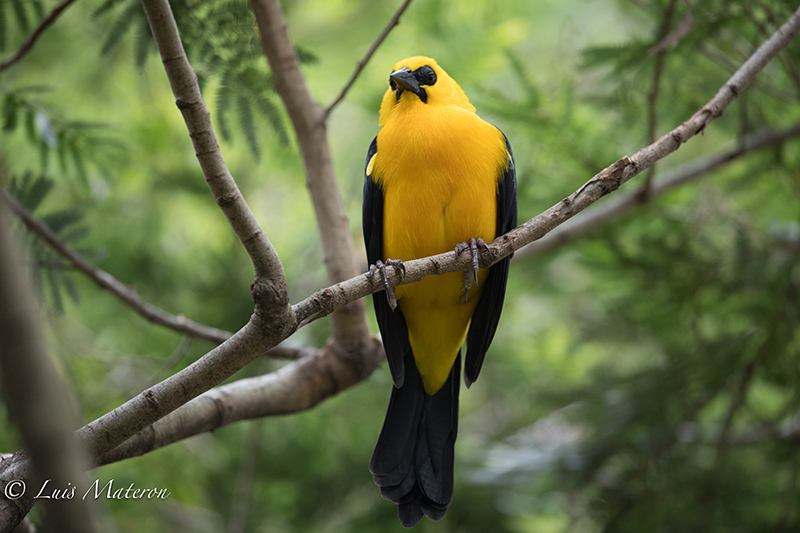 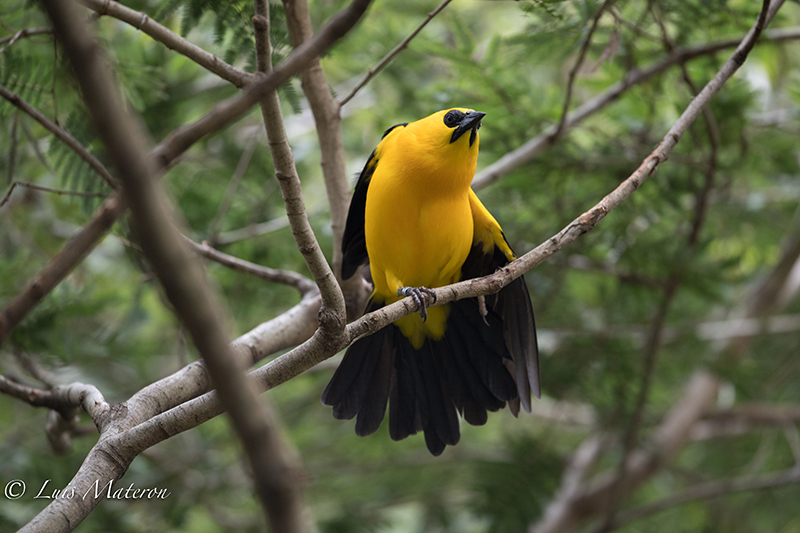 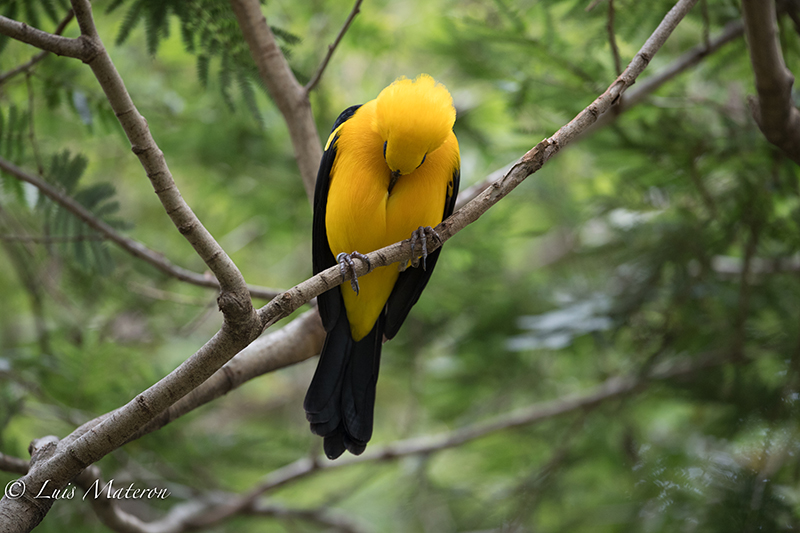 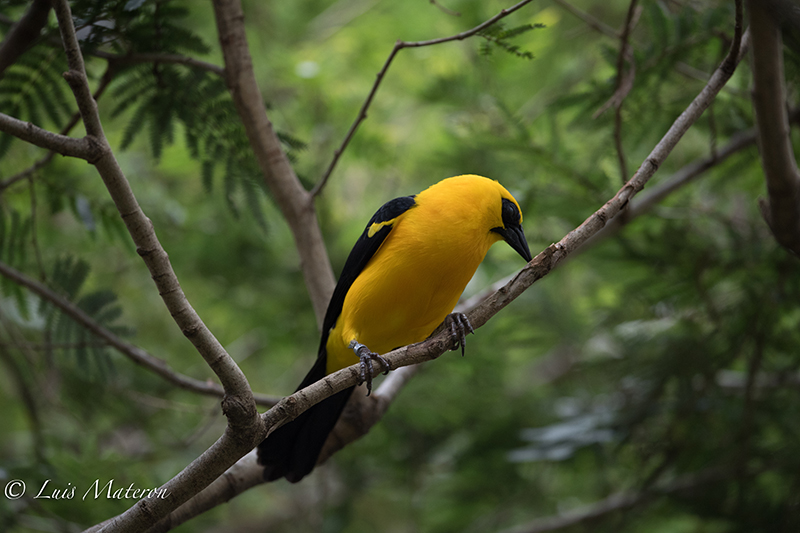 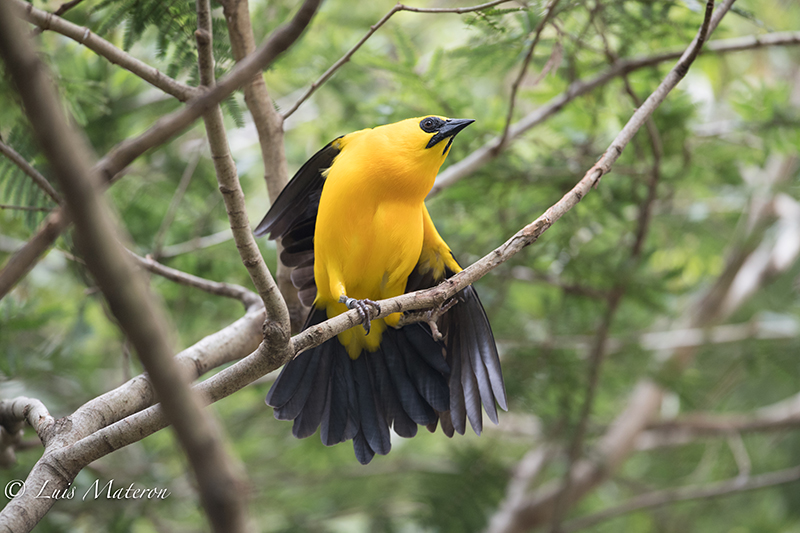