The large Venezuelan Troupial (Icterus icterus) prefers dry edge habitats to those with heavy rainfall. It is found in areas of dry woodlands, llanos, arid scrub, or gallery forests. Found in altitudes from 0 to 500 m (1640 ft). Males sing most vividly in the early morning until late evening, while females sing less in response to a male's song. Yellow eyes with a patch of bright, blue, there is naked skin surrounding eyes. It has a long wedge-shaped tail and a dark, strong and bulky chisel-like bill. The head and upper breast are entirely black. It has an orange neck collar, separating the head from the back. The back and shoulders of the Venezuelan Troupial are black, and an orange-yellow color reaches over the lower back, rump and upper tail coverts. Wings are black with a patch of orange feathers on the upper extreme of the shoulder and a white band running lengthwise in a closed pattern. Underparts are orange from the belly to the feathers on the underside of its tail. Feeds on insects and plenty of fruit becoming a pest. Obligate parasites that violently steal the nests of other birds such as kiskadees and thornbirds and then eats their eggs or small birds. Posture consists of 3 to 4 eggs that are incubated for about 15 days.

Back to Gallery
Birds by Family Button
Birds by Order 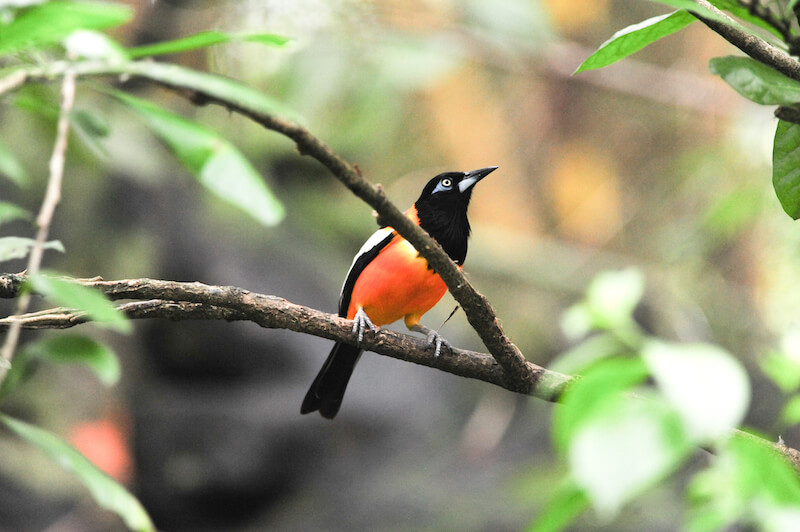 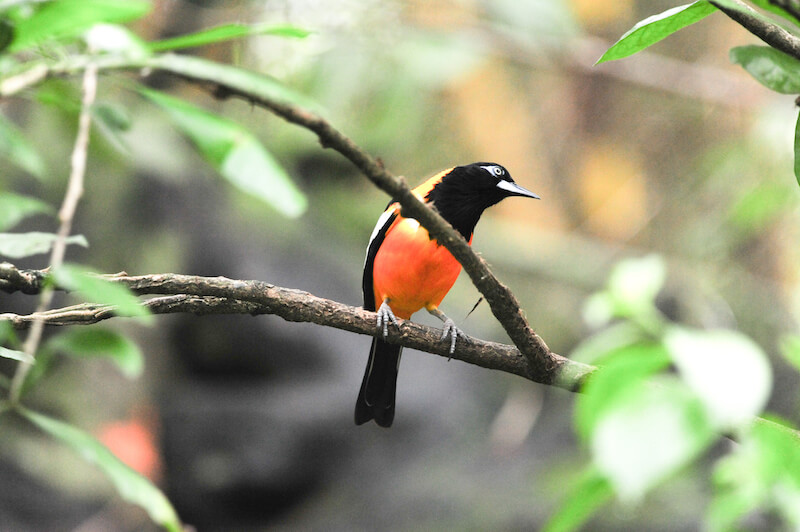 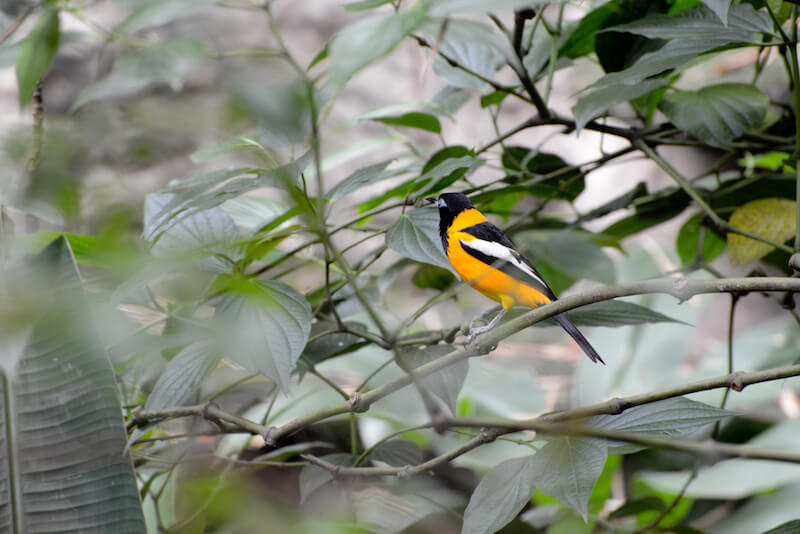 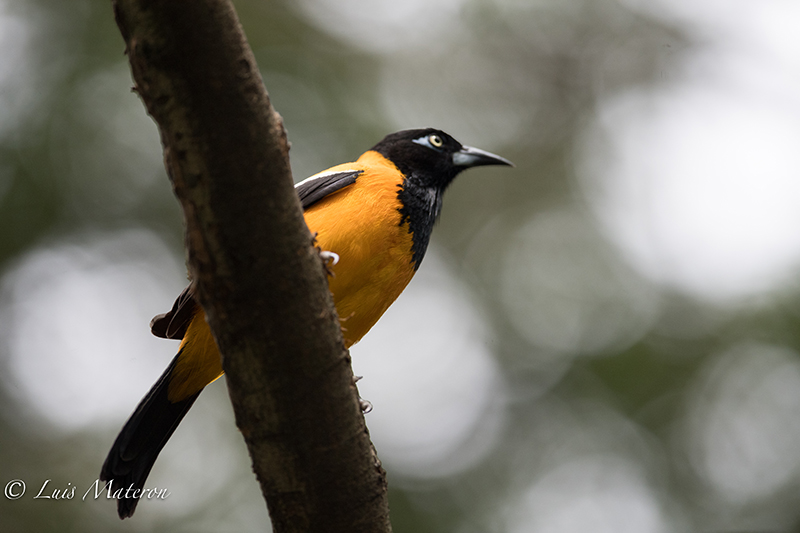 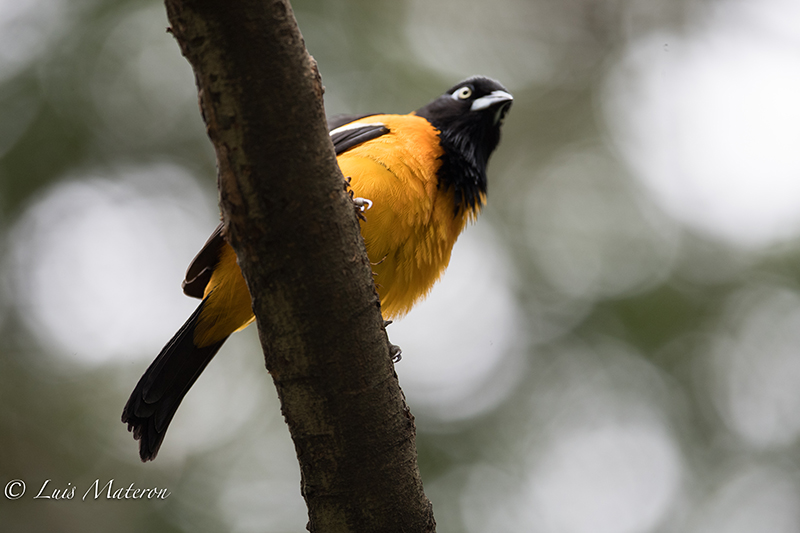 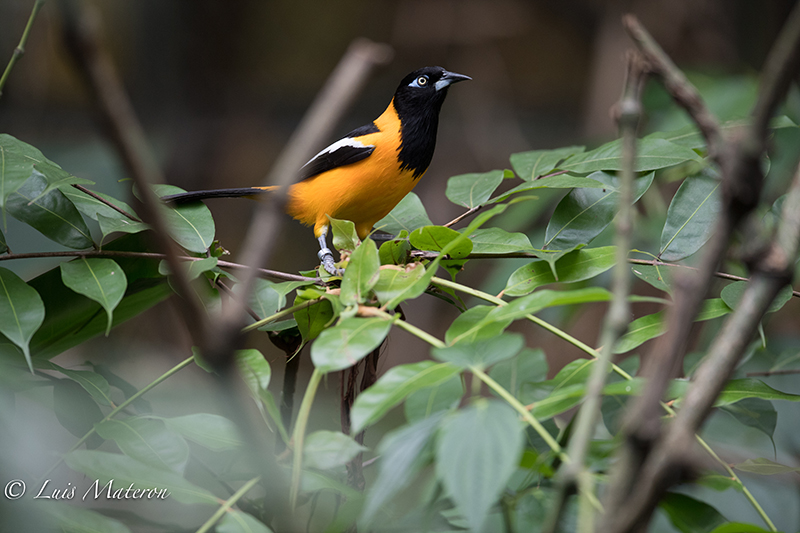 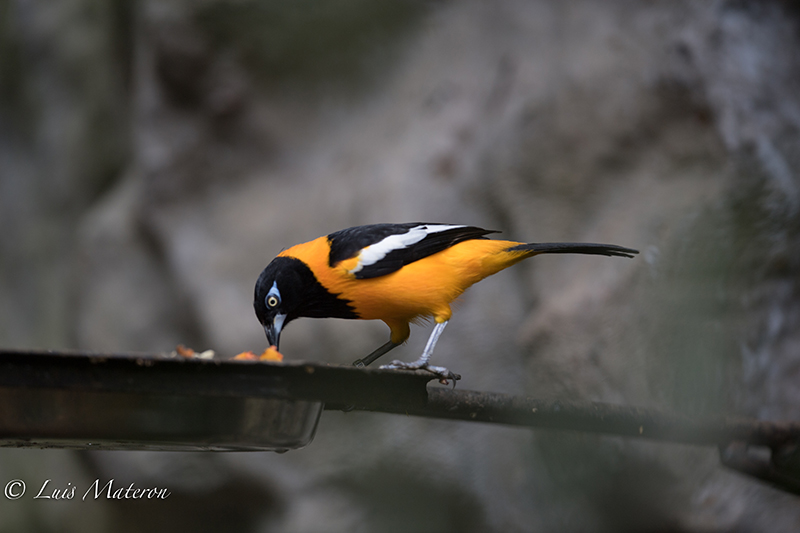 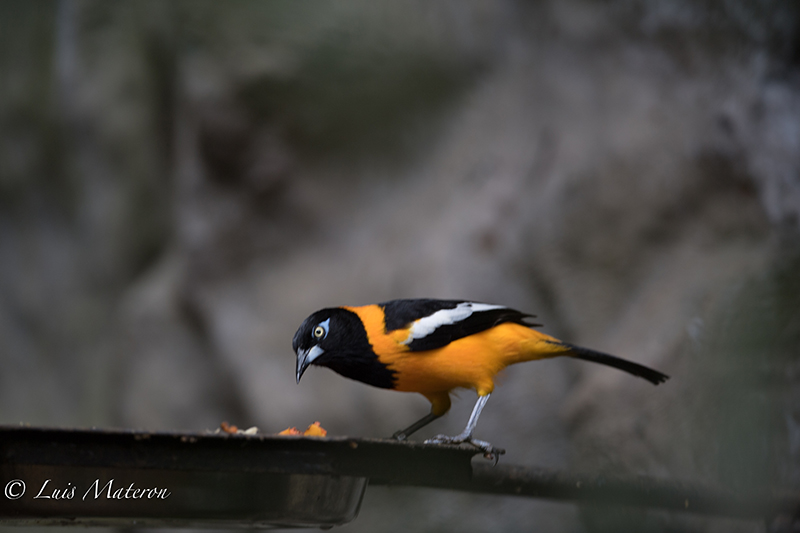