The Columba livia is a multicolored compact-bodied and medium-size dove developed over centuries of near domestication. It has been associated with humans for several thousands of years. Believed to be the first domesticated bird and has played important roles in history. Homing ability allows them to easily return home no matter the distance. Messages were tied to legs for a mail system that worked effectively in the past. Its length is 32 cm (12.5 in) and a weight of 250 to 400 g (9-14 oz). Head, chest, and short neck of dark metallic green and purple iridescence. Iris purple to red; orbital skin bluish-gray. Two black bars on inner wing, white rump, and a black band at the end of the short tail. A short stubby grayish black bill. Feet dark red. Shows a range of plumage patters with variants including black, rusty, or mostly white. Females with less iridescence. Very tame, often begs for food in parks and city streets. Eats grain, seeds, and scraps of bread. The ancestral nesting habit was in rocky cliffs but nowadays they nest in window ledges, bridges, barns and other city structures. The nest is a shallow platform of twigs and grass where the female lays 1 or 2 whitish eggs that are incubated for 17-19 days by both sexes. Young fledge at about 35 days after hatching. May live up to 6 years. 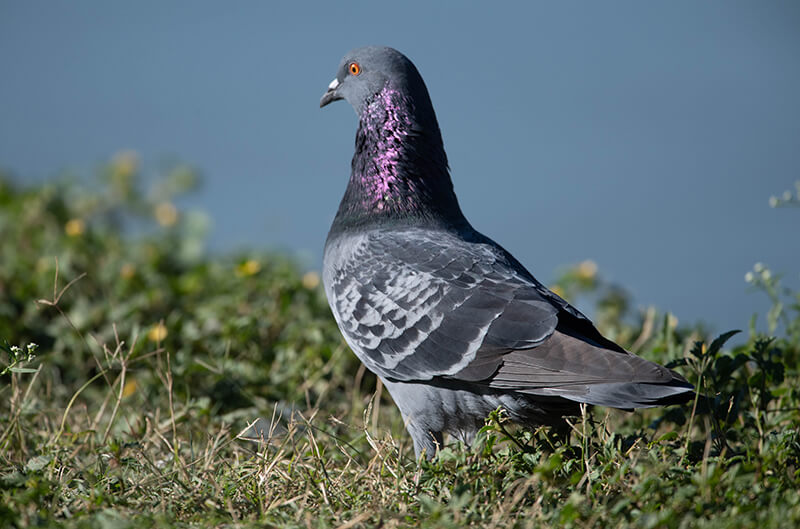 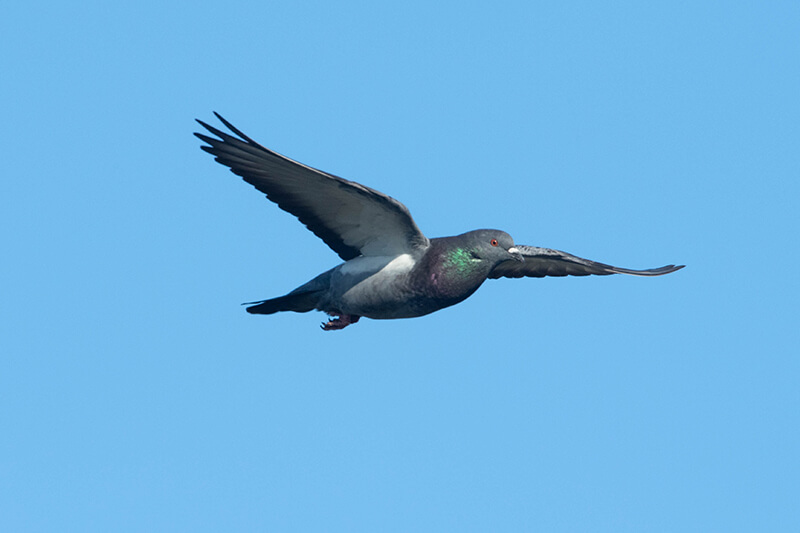 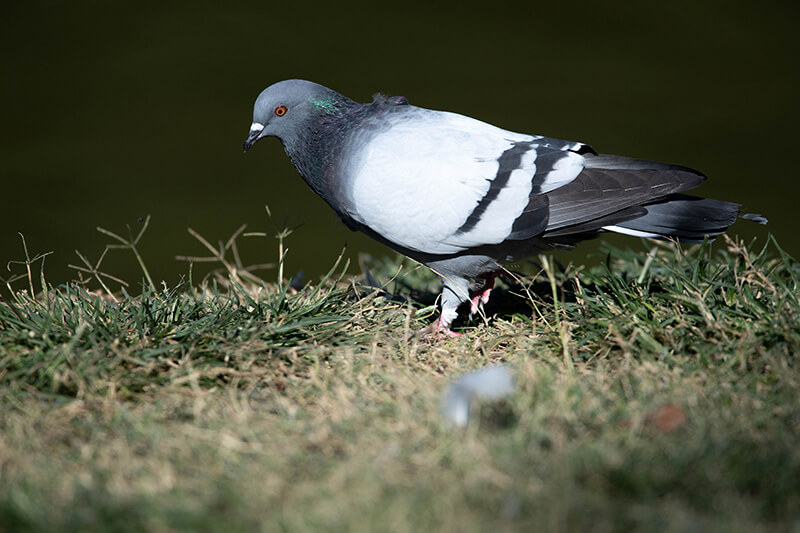 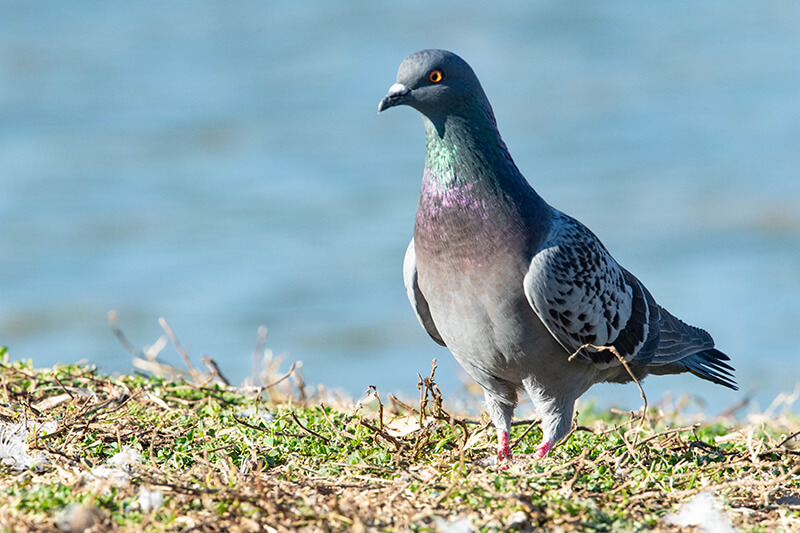 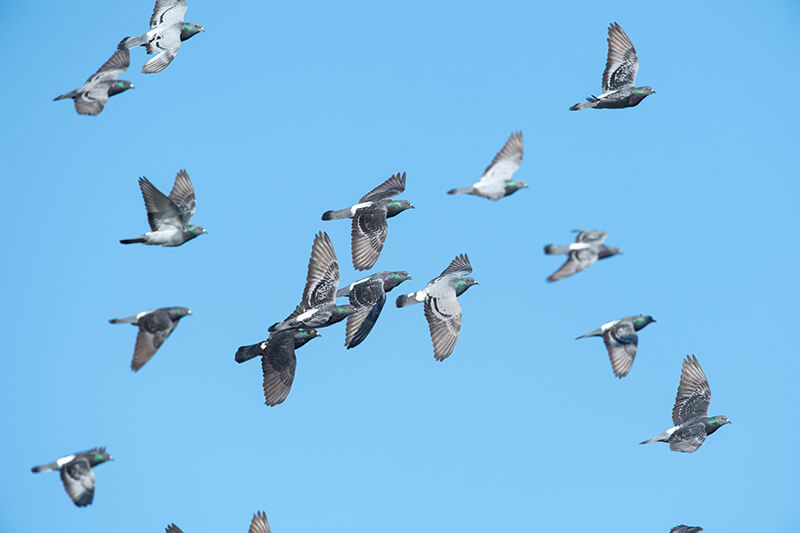 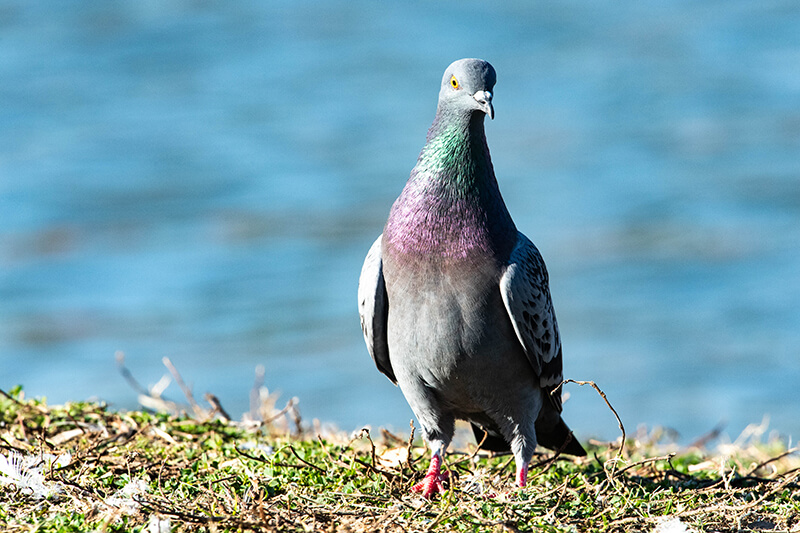 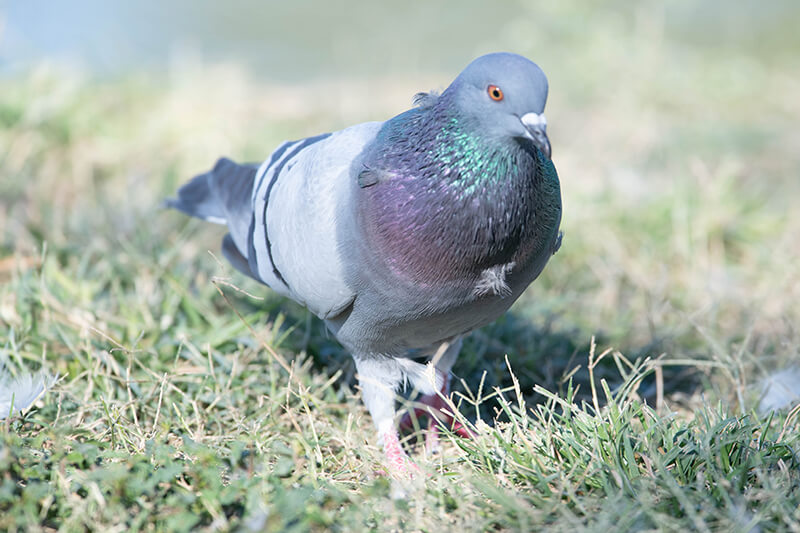 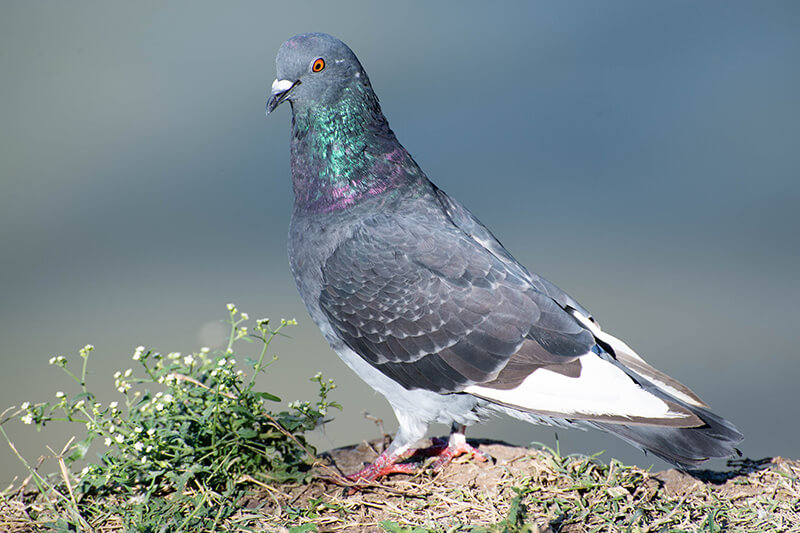 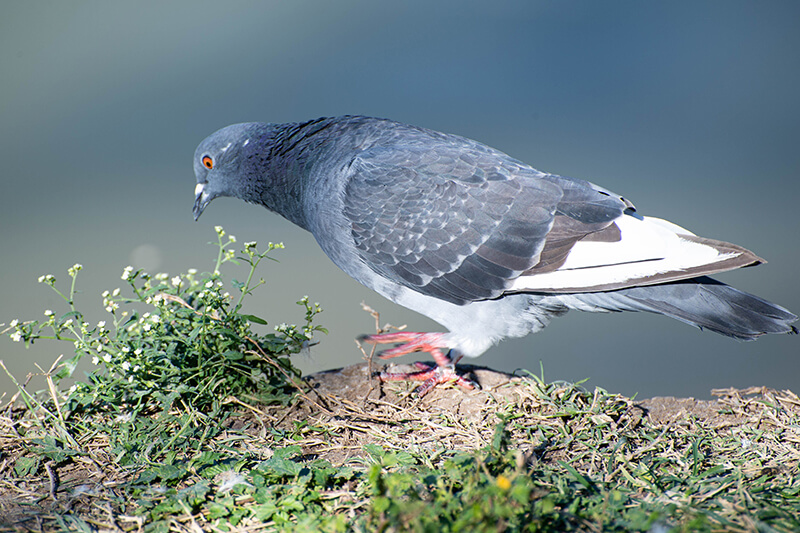