The killdeer is a slender and large plover or shorebird whose length is from 20 to 28 cm (8-11 in) and a wingspan between 59 to 63 cm (23 to 25 in). It is found in regions with an altitude lower than 2600 m (8500 ft) west of the Andean range. It is generally found near lakes, marshes and edges of water. It also inhabits pastures and open fields, lawns, plowing fields, far from water sources. Its upperparts are brownish with rufous fringes. It shows a white collar with a white upper border. It has a white stripe behind the eye, and its lores and the upper borders to the white forehead are black. Red rump, a long brown tail and long brown wings. The chest of the adult bird has two black bands and the rest is white. A similar band is present in its head. Upperparts are light brown. Red eye ring and yellow legs. Its bill is short, thick, and dark. Reddish colored legs. They show a characteristic wing display called ‘Broken wing display or injury feigning’ that is used to distract predators to protect nest and its young. Feeds on insects, grubs, earthworms, snails, and sometimes frogs and seed. The clutch consists of 3-4 eggs that are incubated by both parents for up to 28 days. Two broods per year. 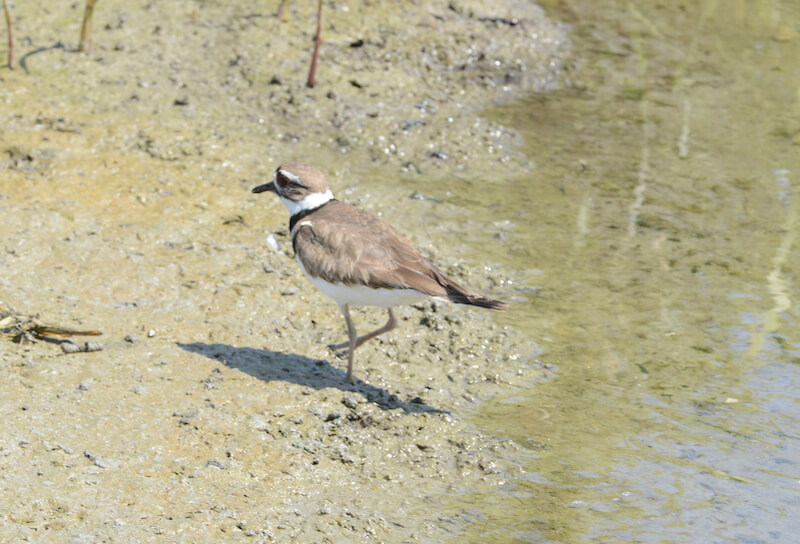 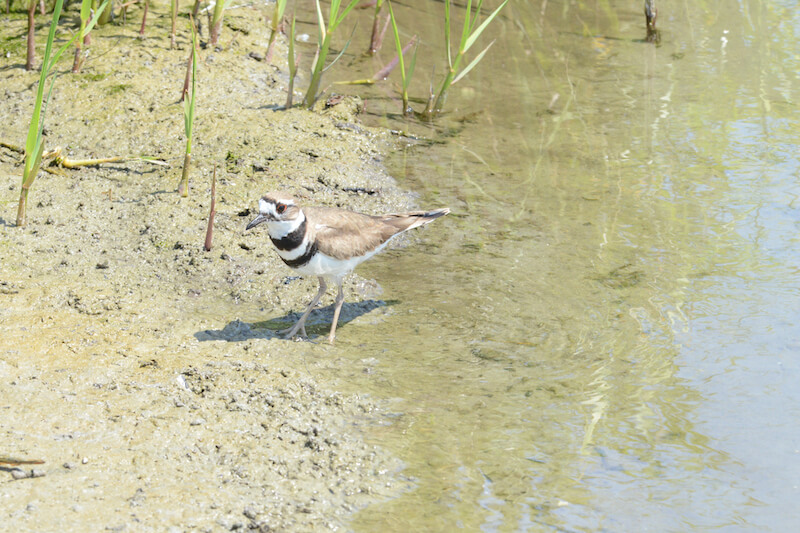 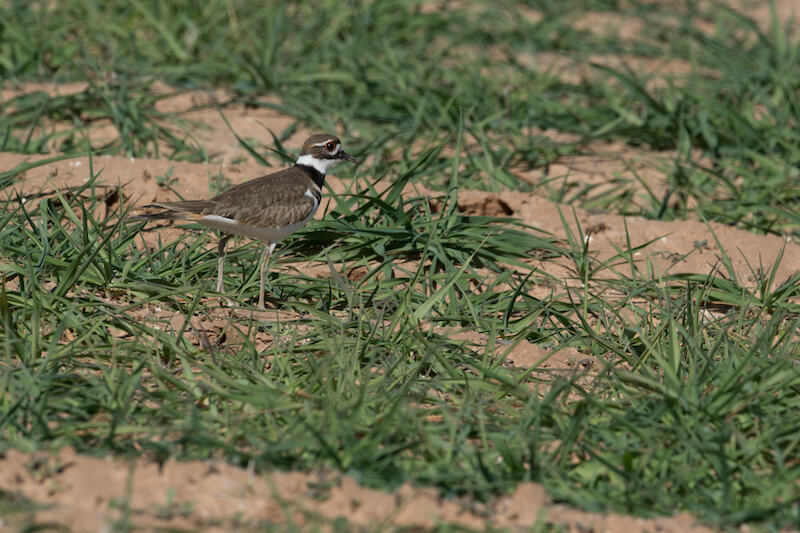 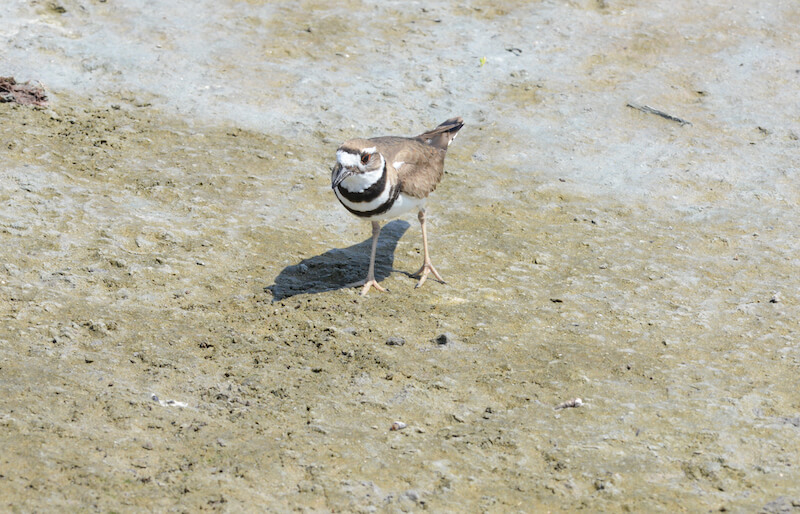