The common potoos are highly nocturnal and generally do not fly during the day. They spend the day perched upright on branches with their big eyes half closed. The cryptic plumage shows an intricate pattern of fine streaks and spotting which allows them to camouflage resembling stumps, and if they detect potential danger, they adopt a "freeze" position which even more closely resembles a broken branch. The transition between perching and the freeze position is gradual and hardly perceptible to the observer. It is a bird with a dull grayish-brown, streaked with black on crown, and mottled with dusky and buff. Throat buffy-white with sparse dusky streaks. Chest gray-brown, mottled with buff. Belly grayer and paler. Bill dusky and feet brownish. The underparts show spot bands across the breast. The legs and feet are weak and used only for perching. Their eyes, which could be conspicuous to potential predators during the day, have unusual slits in the lids, which allow potoos to sense movement even when their eyes are closed. They inhabit open woodland, forest edges and feed on flying insects, especially beetles and moths. They do not construct a nest of any kind, instead laying the single egg on a depression in a branch or at the top of a rotten stump. The egg is white with purple-brown spots. One parent, often the male, incubates the egg during the day and then the female at night. The common pottoo displays a mobbing behavior in which an individual or a group of birds deliberately confronts a potential predator. They emit loud repeated calls, which generally attract additional birds of other species to join the mobbing. Their eyes reflect the light of flashlights. 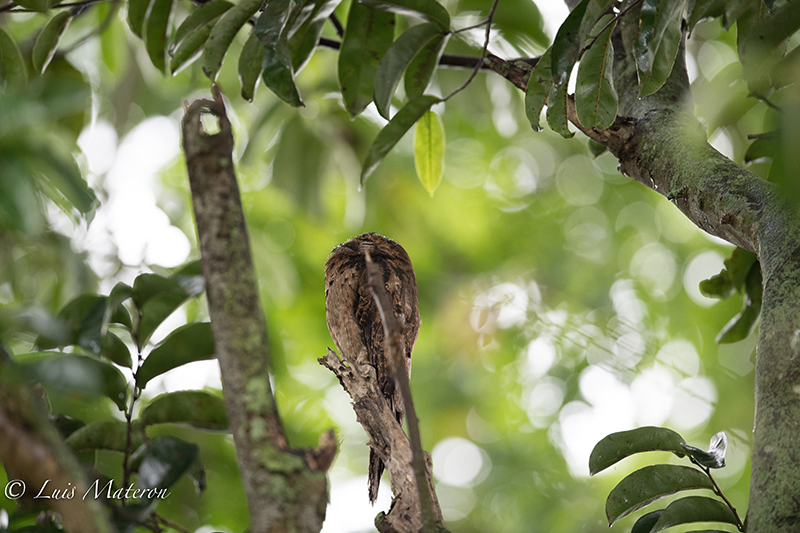 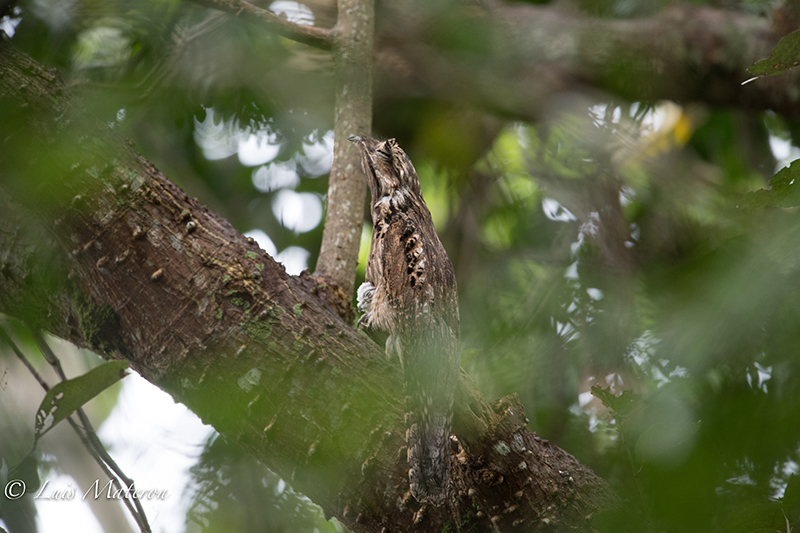 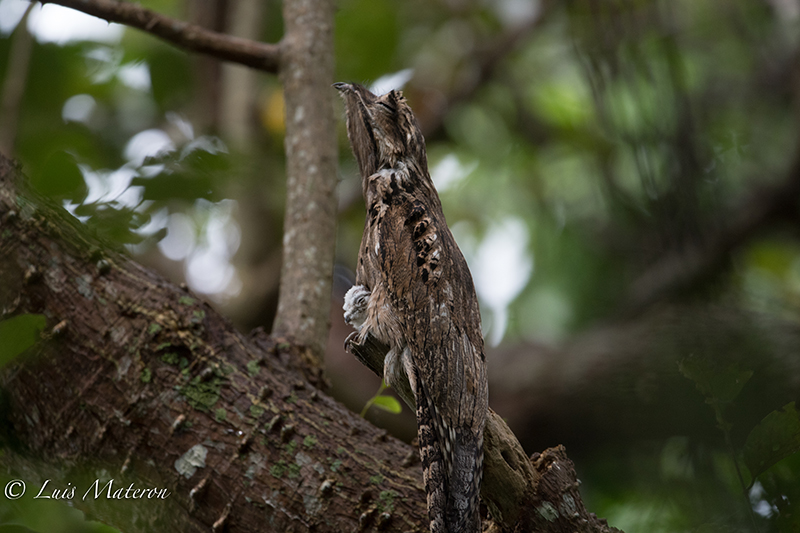 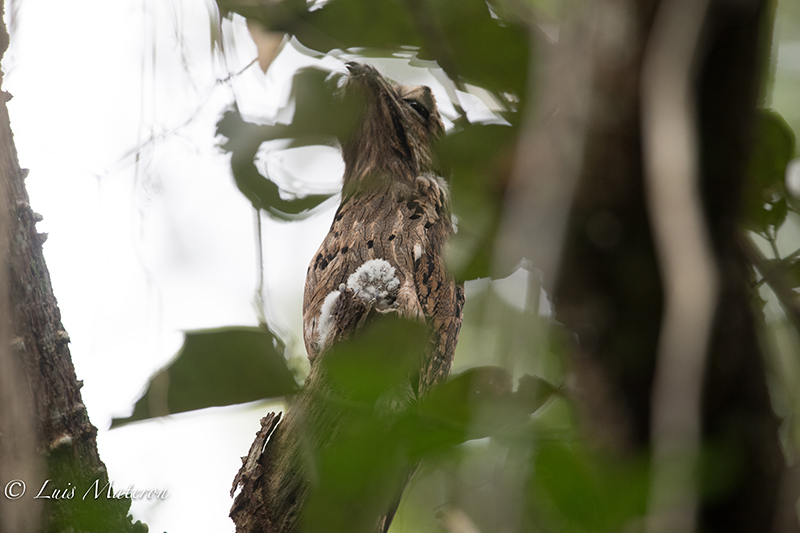 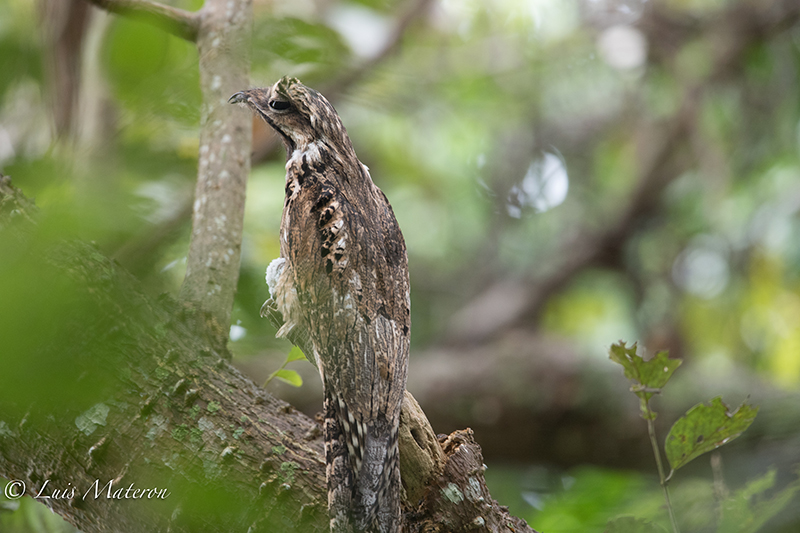 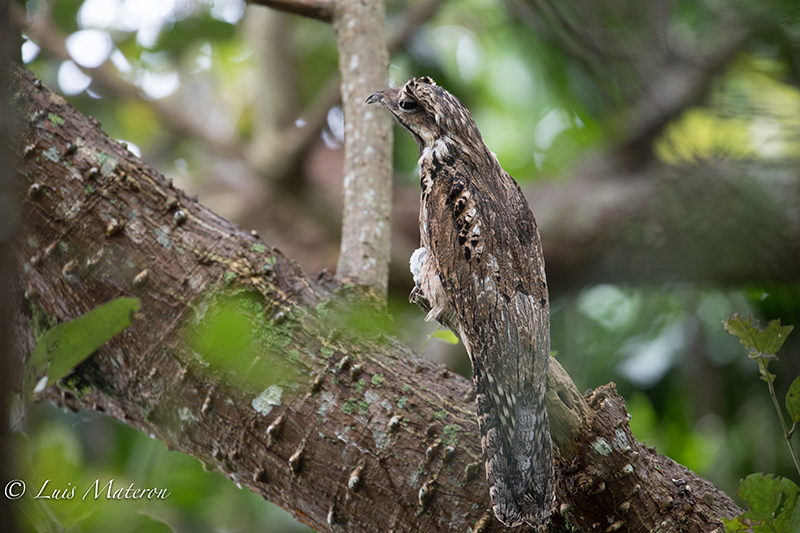 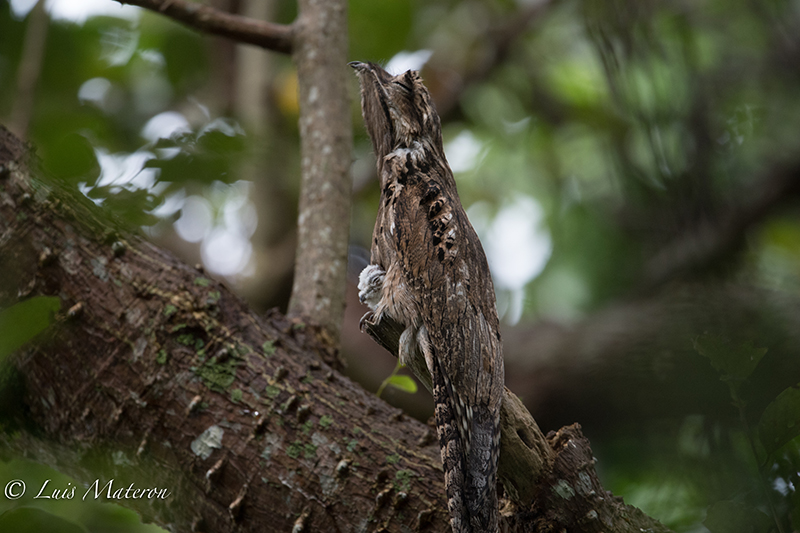 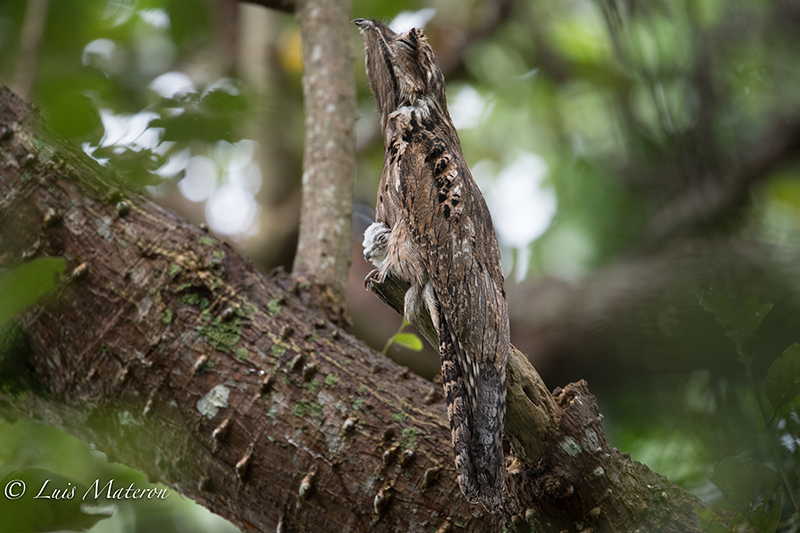 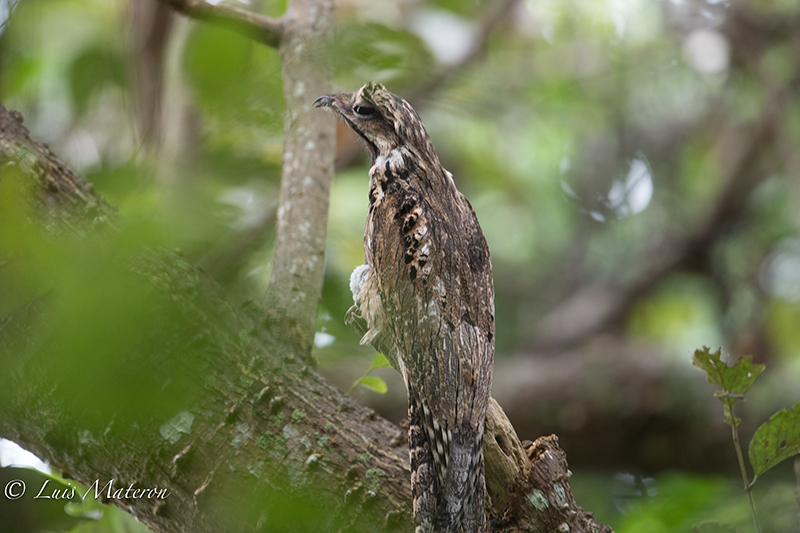