This is a rather a common large tanager with a plumage pattern of brilliant yellow, black and blue. It present yellow in the inferior part and black above with a visible blue patch on its shoulder. The feathers of the wings have blue edges as well as the tail feathers. Its crown is yellow. This chunky medium-sized tanager is widespread, conspicuous and unmistakable. It is found in montane humid cloud forests from 1200 to 2600 m and it often visits gardens and parks. It is seen in groups of 3 or more birds but not gregarious. This tanager builds a cup-shaped nest where the female lays 3 to 5 eggs that are incubated for two weeks. Both sexes share nesting responsibilities. 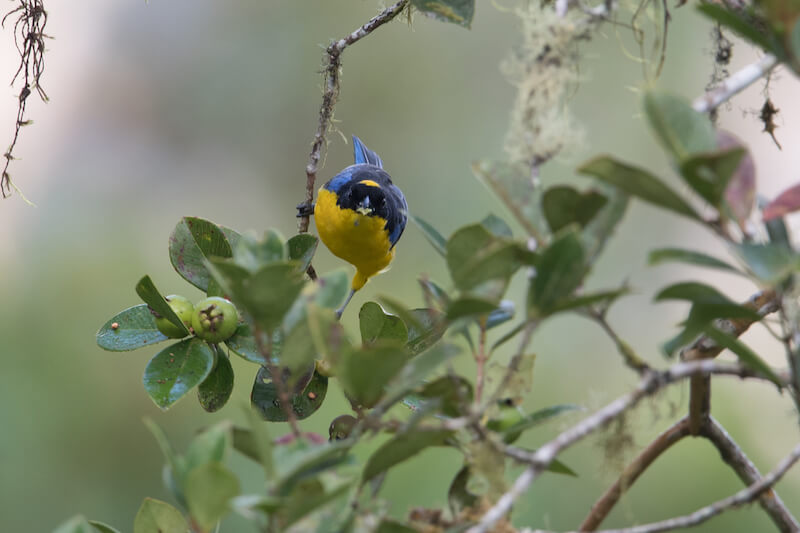 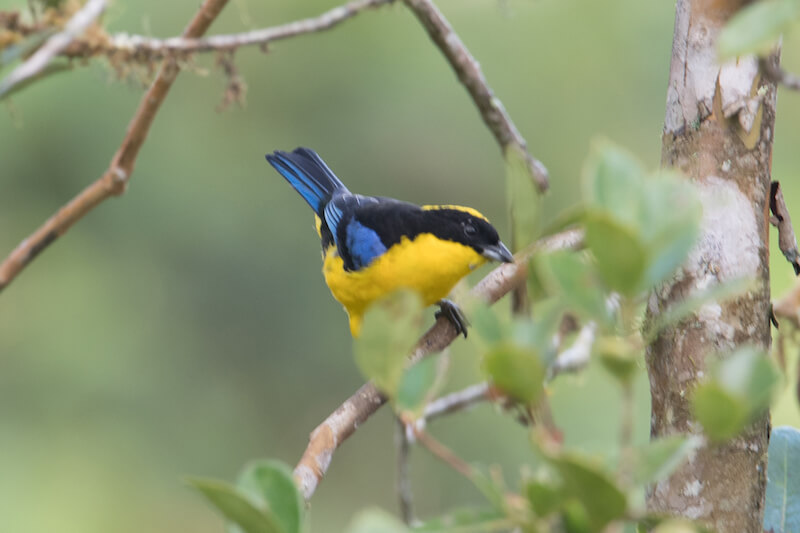 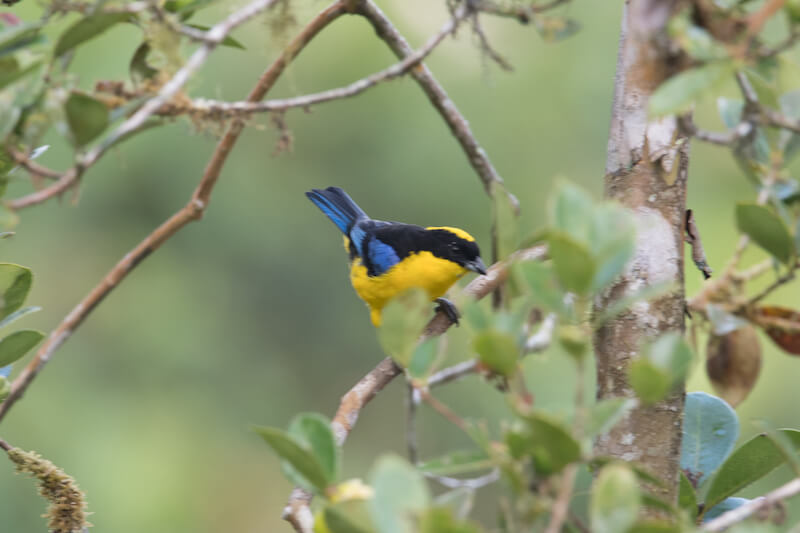 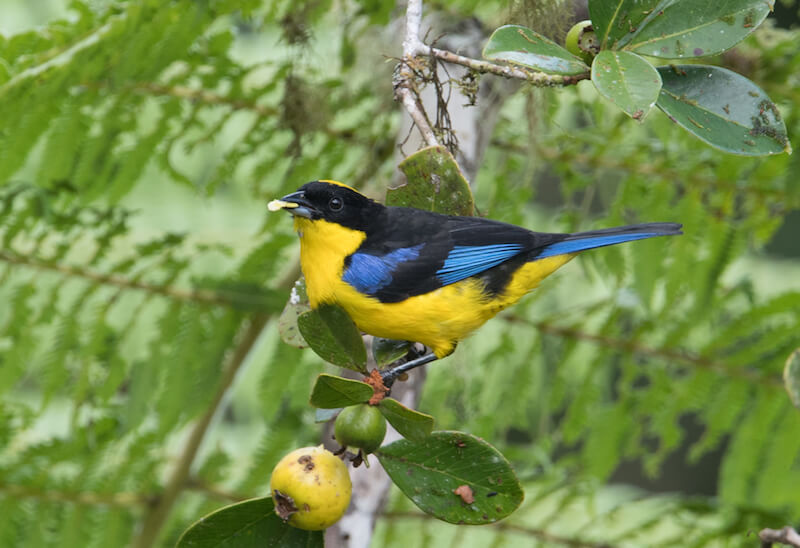 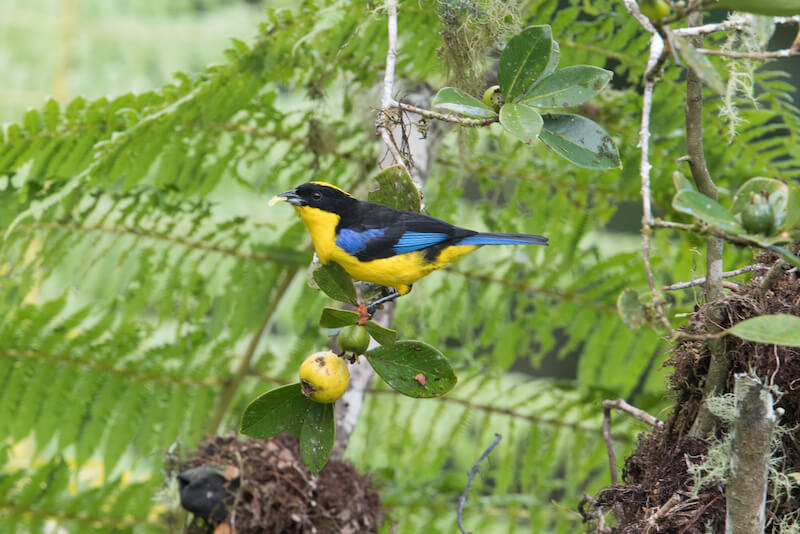 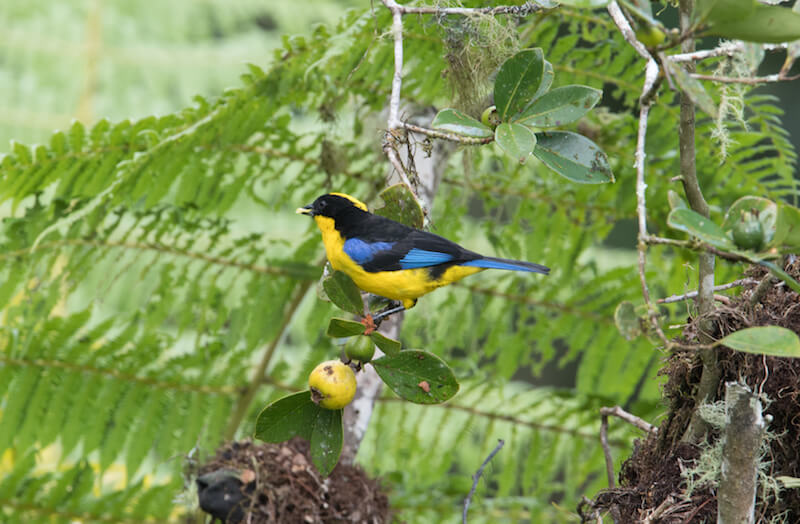