This sociable tanager has a velvety black plumage with a bright red or lemon color in the rump, reason for which it is commonly known as the Flame-rumped Tanager. It has a stout silver bill with a dark tip in both sexes. Dark red iris. The female is grayish above with a red or orange patch in the rump. Yellow below with an orange breast band. Inhabit in shrubs of open and semi-open areas in low regions less than 1600 m. Found usually in pairs or in small groups. Conspicuous in shrubby areas and gardens. Feeds on insects that may swallow entire, spiders, and certain fruit. Clutch is generally two eggs marked with black, brown or lilac. Two broods per season. 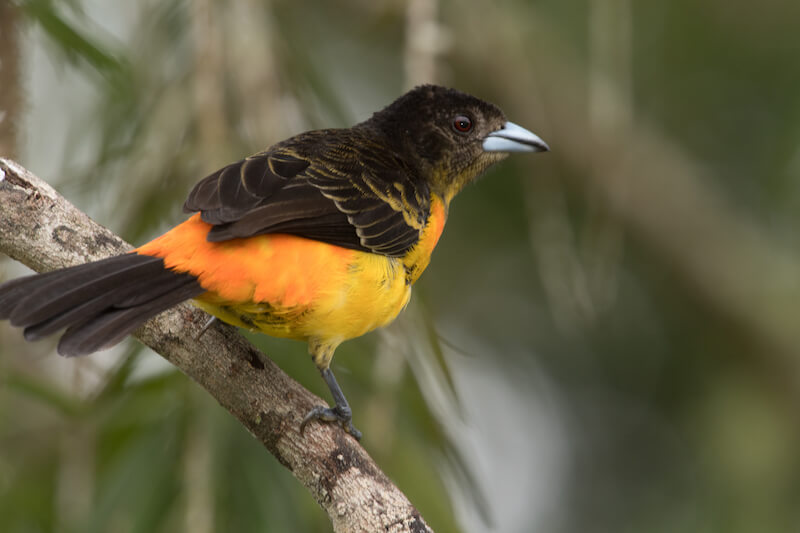 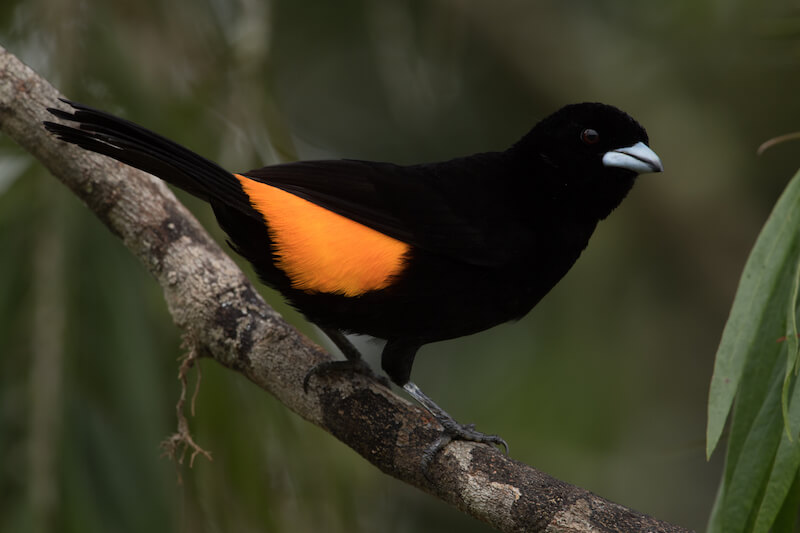 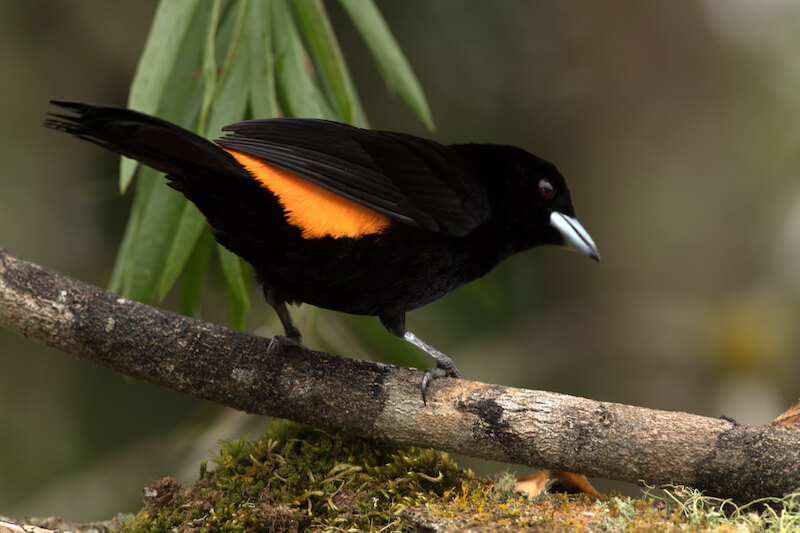 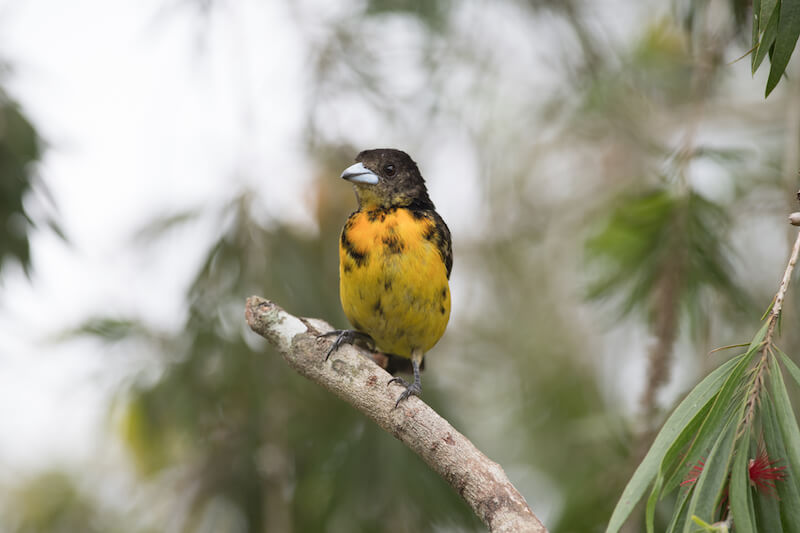 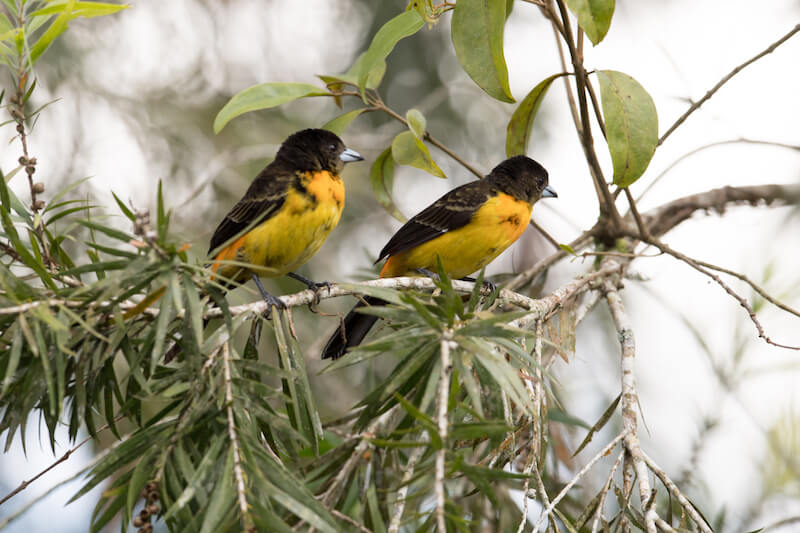 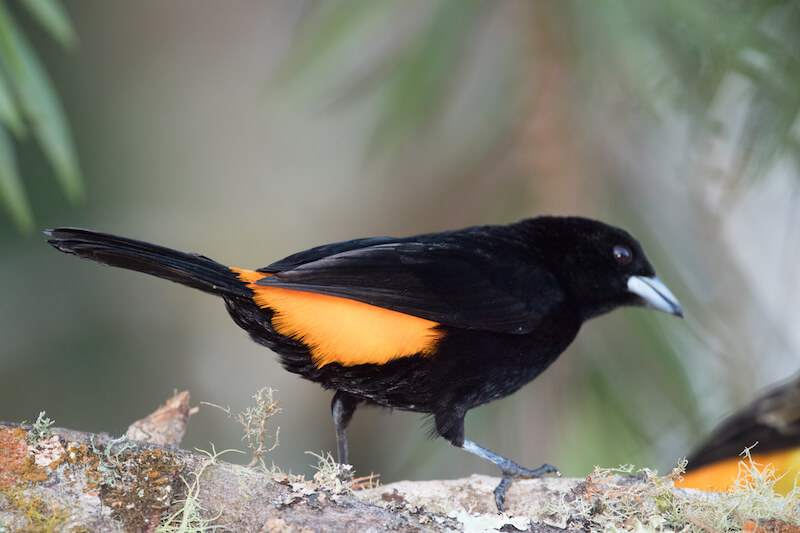 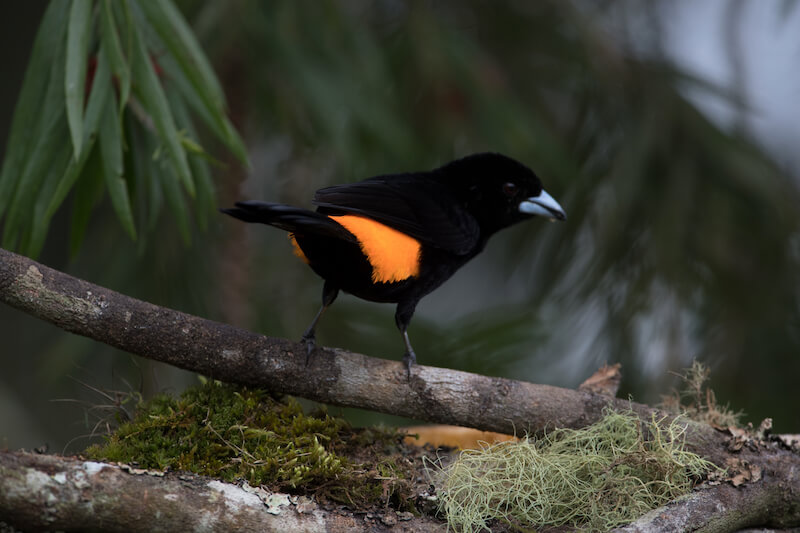 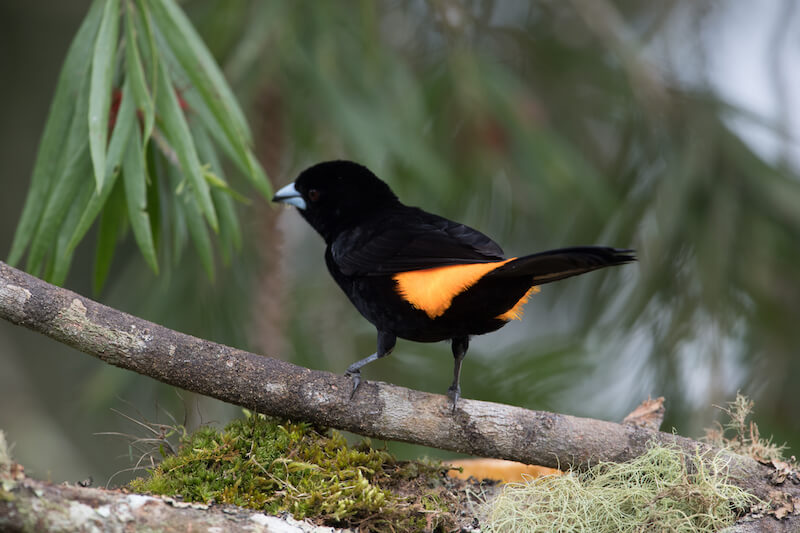 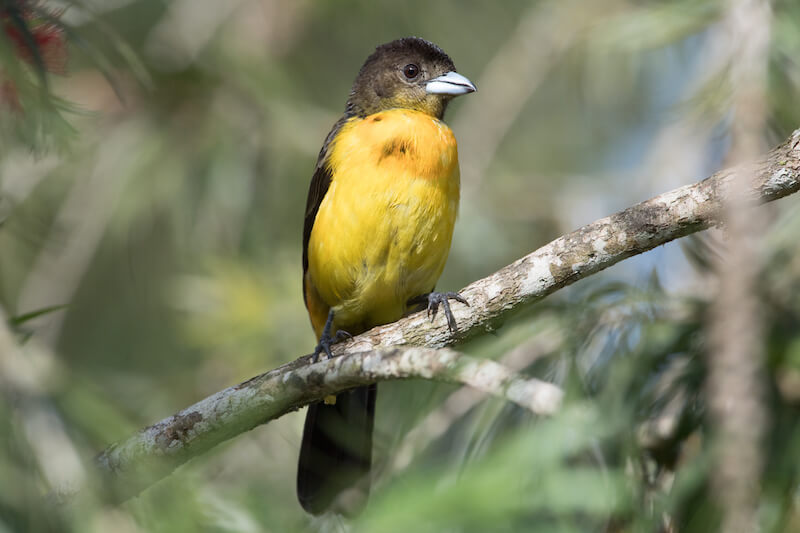 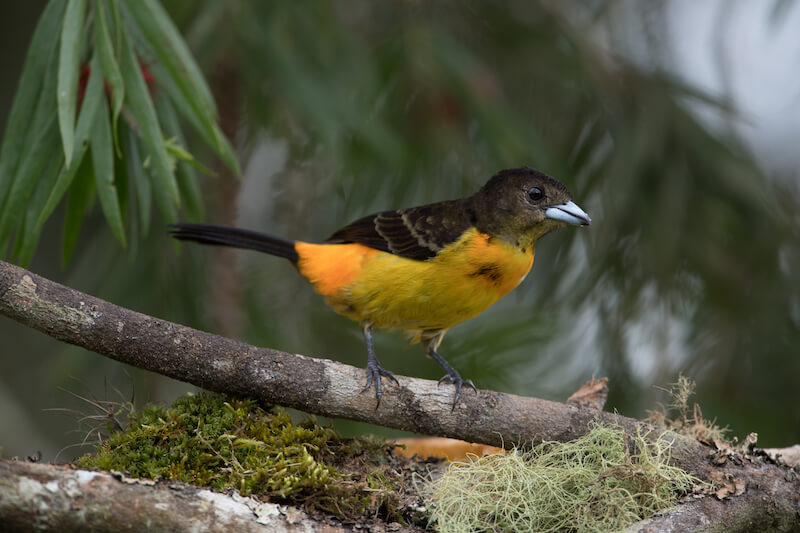 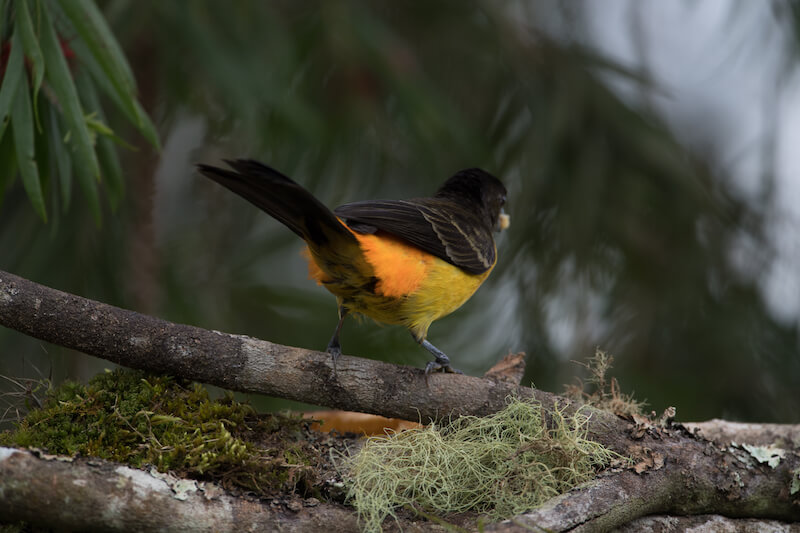 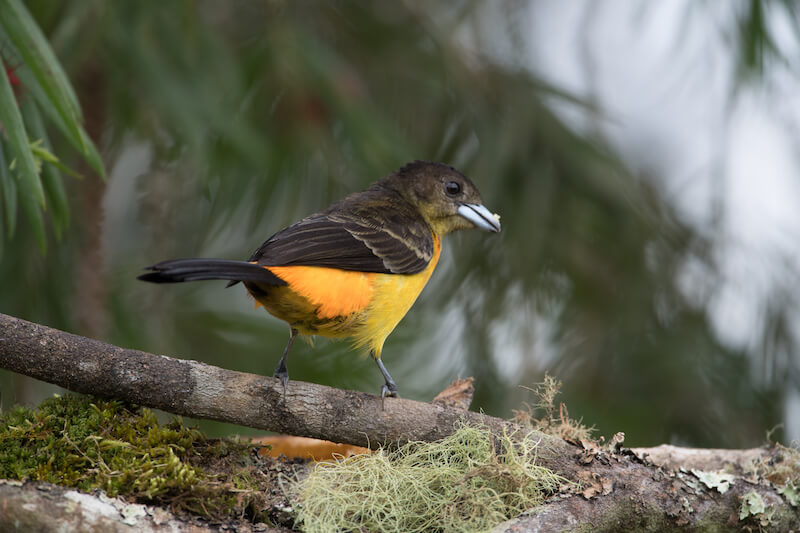 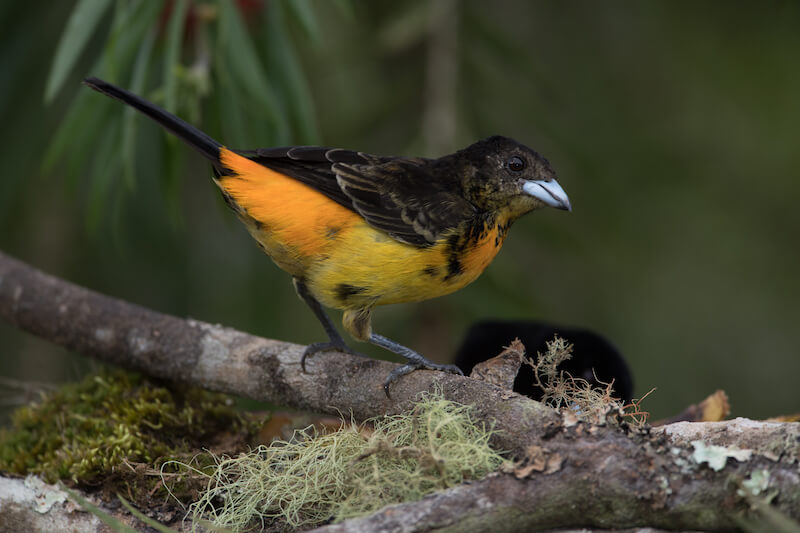 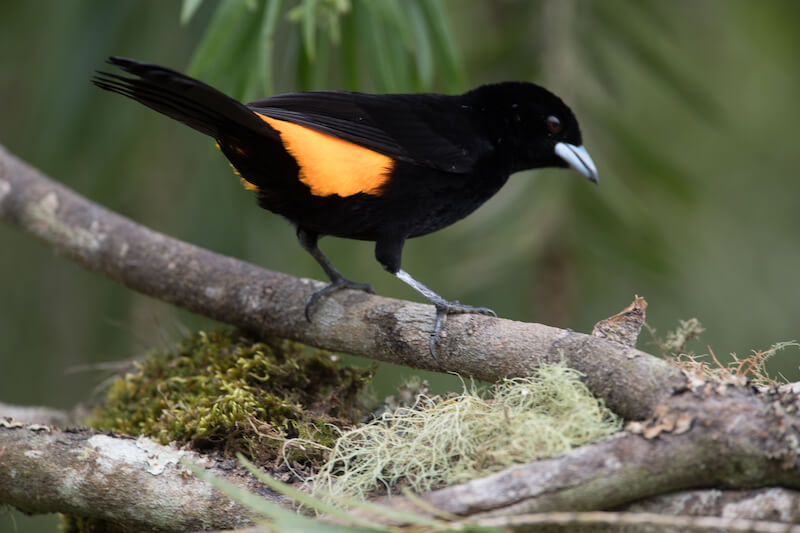