The Tropical Parula has mainly blue-grey upperparts, with a greenish back patch and two white bars on the wing. The underparts are yellow, becoming orange on the breast. The male has a black patch from the bill to behind the eye. Females are slightly duller than the males and lacks black on the head. The immature tropical parula is dull-plumaged, lacks the wing bars, and has a gray band on the breast. The song is a high buzzy trill, non-musical and with many variations. The sound of the call is a sharp tsit. The tropical parula has about 14 subspecies, with a wide range of plumage tones. This tropical bird is a species found mainly of hill and forest edges. It does not occur in the Amazon basin. It seems to prefer moderately disturbed and secondary forests. They feed on insects, spiders and sometimes on berries. The tropical parula nests in clumps of epiphytes (especially Spanish moss, Tillandsia usneoides) in a tree, laying usually two eggs in a scantily lined domed nest. The female incubates the eggs for 12 to 14 days. 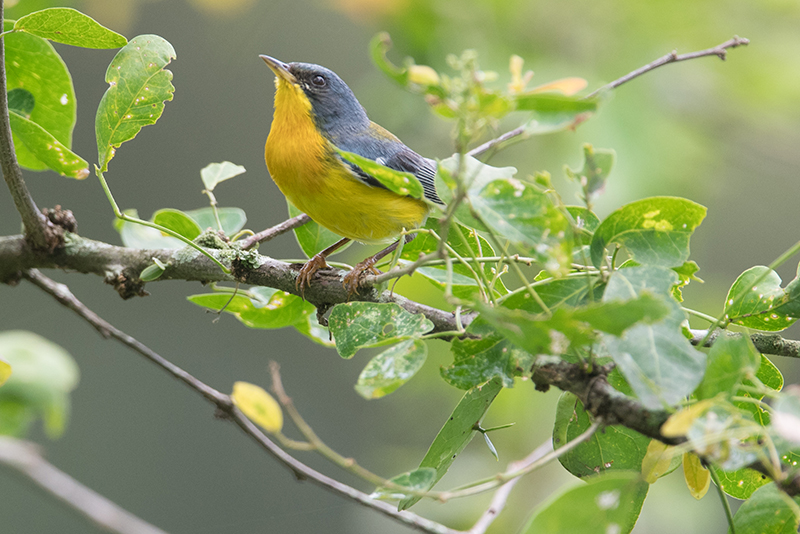 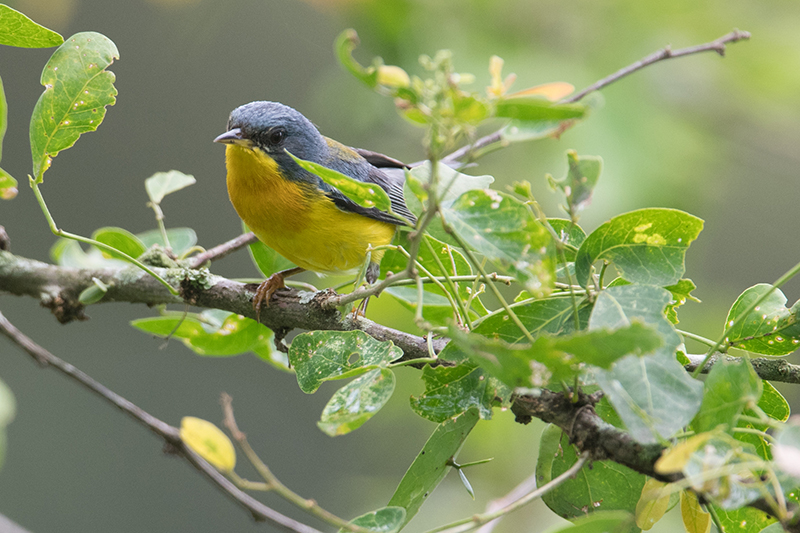 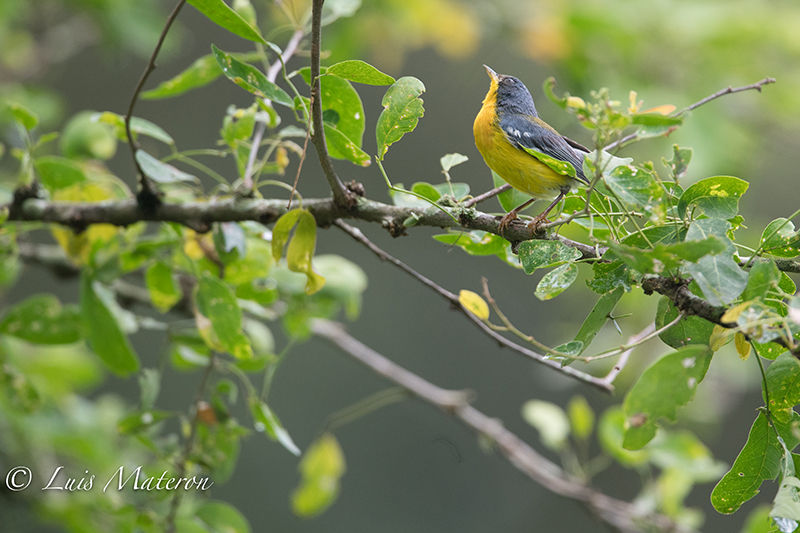 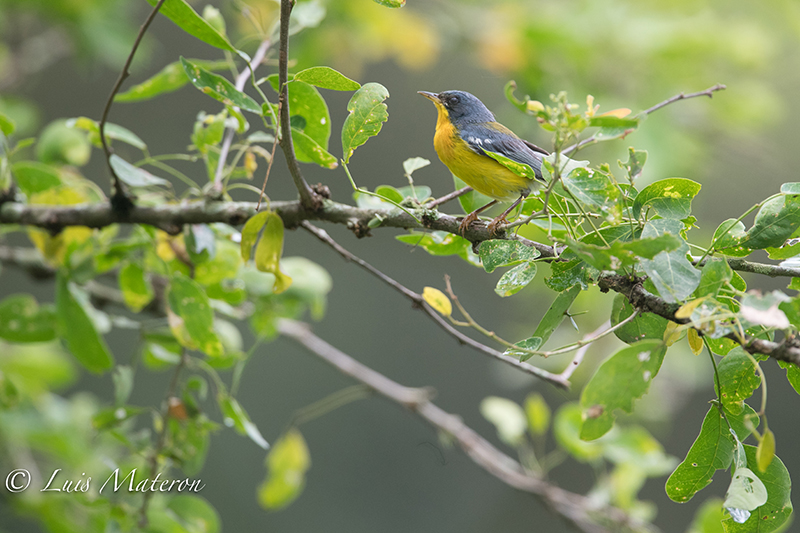 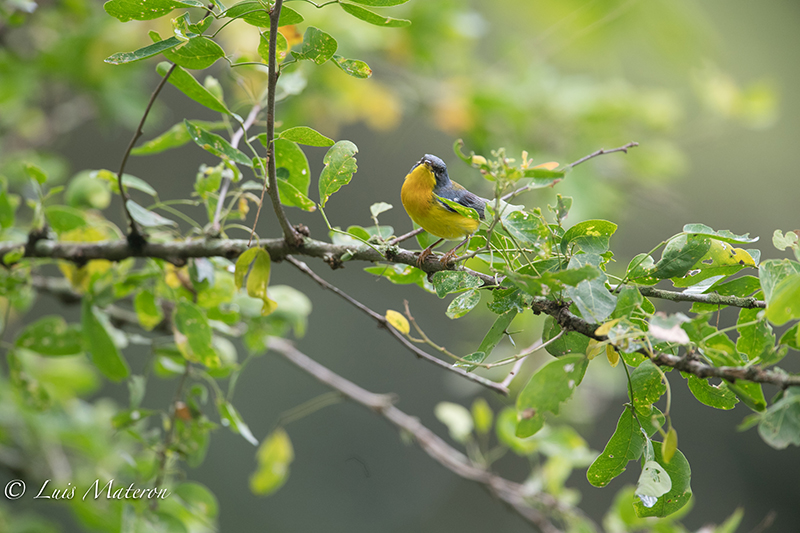