This woodpecker has a length of 40 to 49 cm (16 to 19 in) and weighs from 250 to 400 g (8.8 to 14.1 oz). Forest birds that require large, standing dead trees and fallen logs to survive. Forests can be evergreen or deciduous lower than 2100 m. A black plumage covers most of its body. A long and tongue surrounds its neck. Thick skull protects small brain from the mechanical action of whacking wood. The face has a large red crest, and white stripes on its head and neck. A short red stripe is present in the cheek of males but not in females. Adult males have a red line from the bill to the throat, in adult females these are black. In its undulating flight, one can see parallel white thick bars on the upper wings, not visible while perching. Woodpeckers drill distinctive and unique rectangular-shaped holes in decaying wood or fallen logs to feed on carpenter ants, beetles, and other insects. Drumming of bursts of 10 to 30 taps per second is done to claim for a territory, and hollow trees are used to produce resonant chopping sounds. Eats fruit too. Both parents incubate 3 to 4 eggs for 12 to 16 days. Fledgings leave after a month in the nest. The large nest cavities are also used by other birds and occasionally by raccoons. 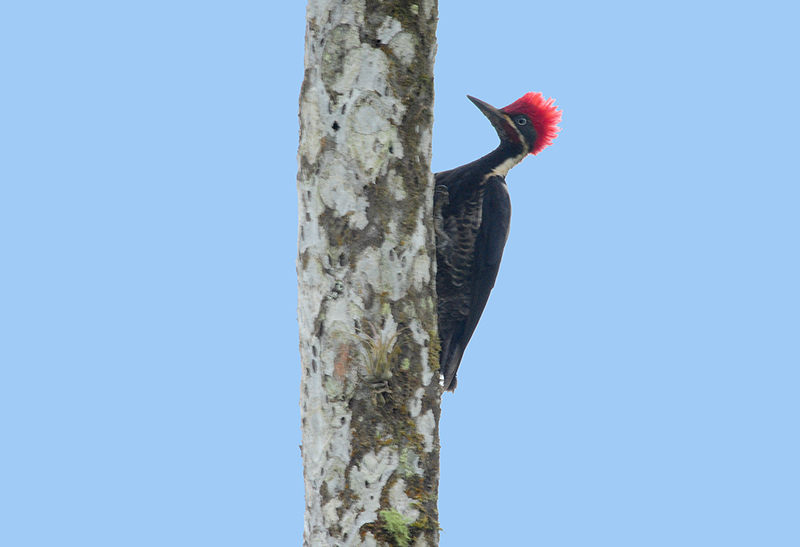 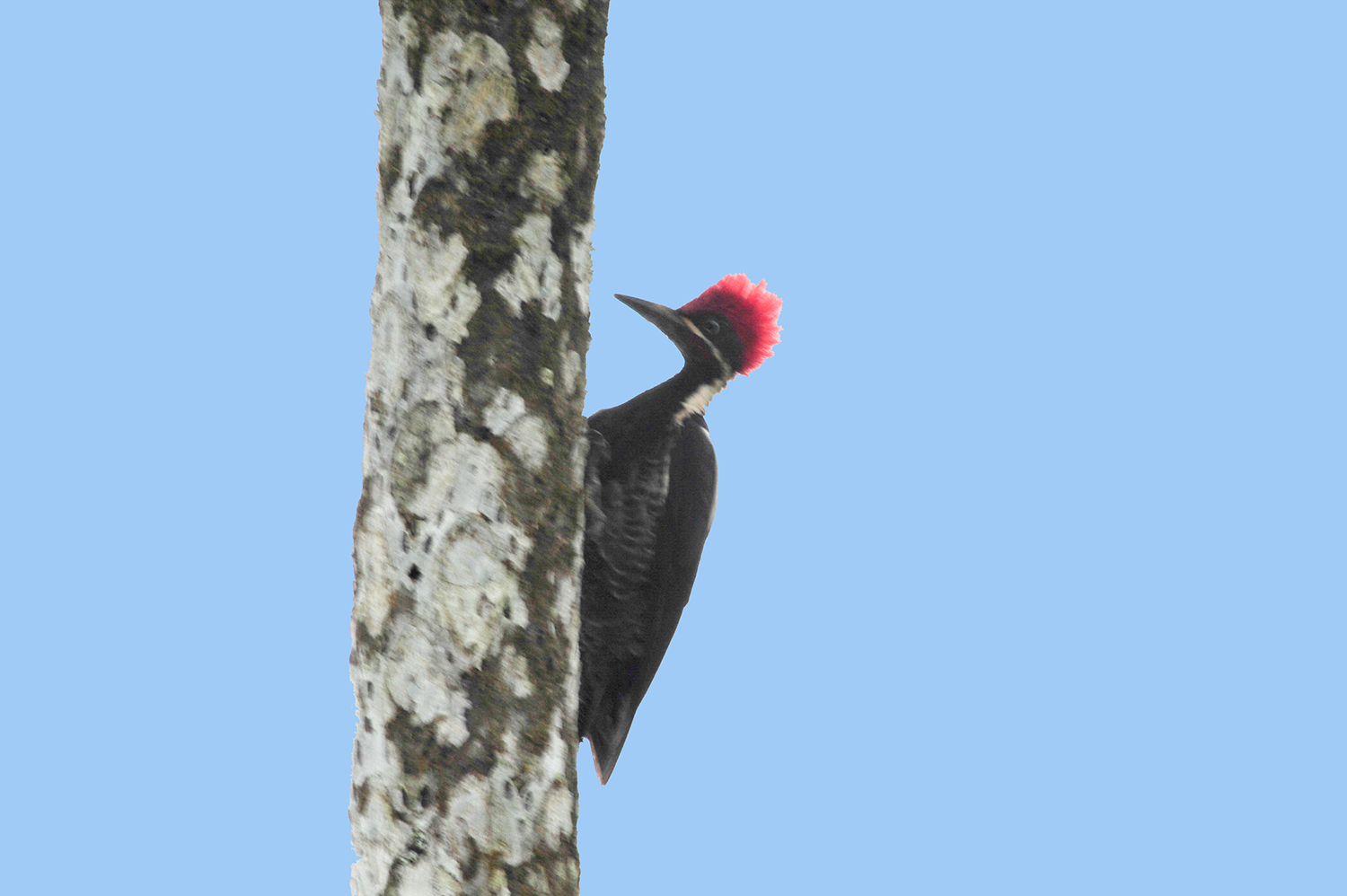