As a climber of tree trunks, this woodcreeper has very rigid feathers that allow it to support its body weight while it explores trunks. Its feet are modified for climbing. The front toes are strongly clawed, and two of its toes are of the same length to increase its ability to grasp around and under branches. If it lost its tail, then it would be difficult for the bird to climb a trunk. The legs are short and strong. By flexing its legs it can climb by hopping. It has brown eyes, and its back is brownish-reddish or ochre colored. Its head and belly are heavily streaked, a feather characteristic not found in any other bird species. The streaks consist of buffy feathers of various lengths fringed with dark streak patterns. Its bill is whitish-gray, long and highly decurved, and can approximately be a quarter of the length of the bird. Its throat is white with olive-brown underparts, and its feet are olive-brown. It forages at various heights in the rainforests or pine-oak woodlands often in the company of mixed species flocks. It feeds principally on insects, spiders and lizards it encounters while it creeps. However, it does not feed on fruit or seeds. On average, males tend to be slightly larger than females. It is a solitary bird or may occur in pairs. Its clutch consists of 2 to 3 eggs that are incubated by both parents. 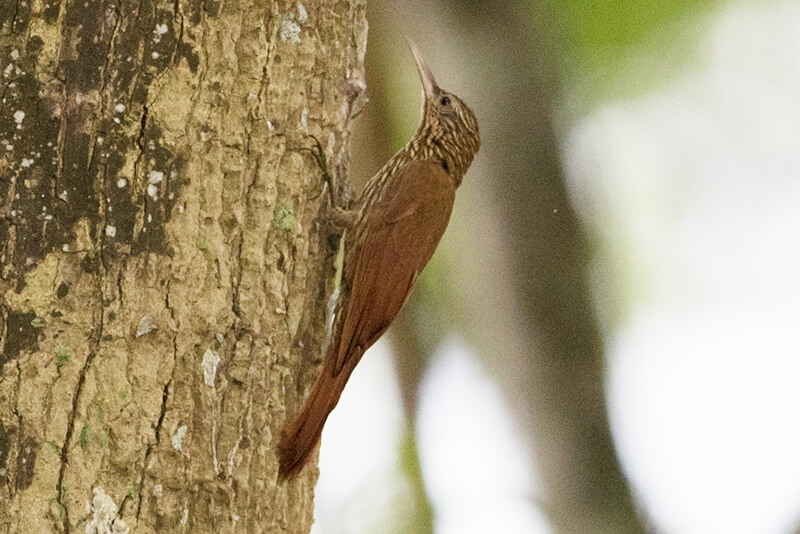 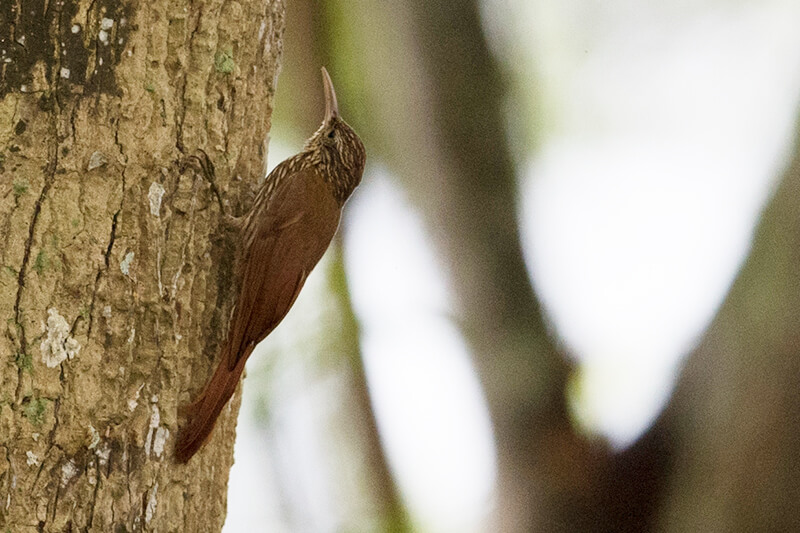