A bird of slender appearance with a length of 64 cm (25 in) with a 1 m (39 in) wingspan. It possesses a long S-shaped neck. Acute gular. Its overall plumage is black with a yellow-brown throat patch. Long, wedge-shaped tail that often droops. The bill has a short hook at the end. It is found in an extremely large range of habitats from humid areas, rivers, marshes, lakes, ponds, streams up to high altitudes of 5000 m (15,400 ft). They live and breed in colonies. They sometimes perch on wires. Due to its wide habitat adaptations, it has an equally diverse diet, in marine and freshwater small fish, aquatic insects, and amphibians. To trap prey they dive underwater by propelling itself by means of its feet. It remains up to 15 seconds underwater to trap prey with its sharp bill. It is the only cormorant capable of both pursuit diving and plunge in diving, being able to dive underwater while swimming and while in flight. Their nests are built in brushes or trees along the water sources. Nests are covered with sticks lined with grass and leaves. The size of the clutch consists of 3 to 5 bluish-white eggs. Both male and female incubate the eggs from 25 to 30 days. Chicks will fledge by the 12th week. One brood per year. 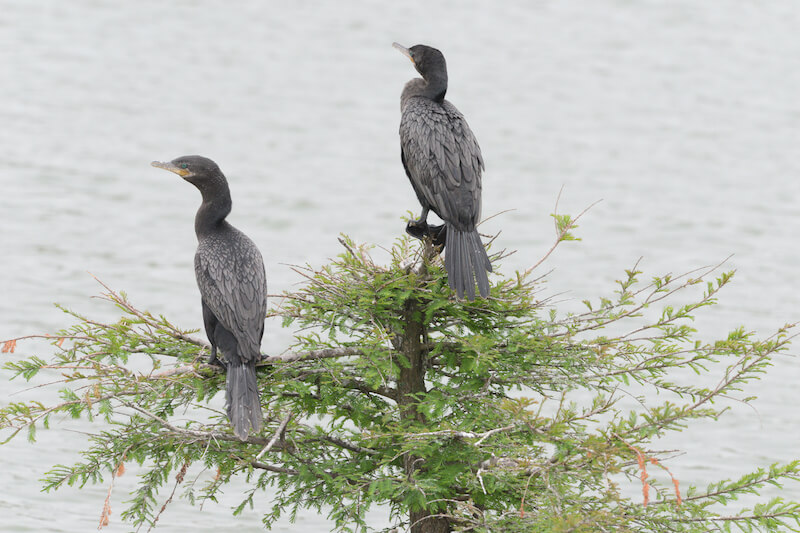 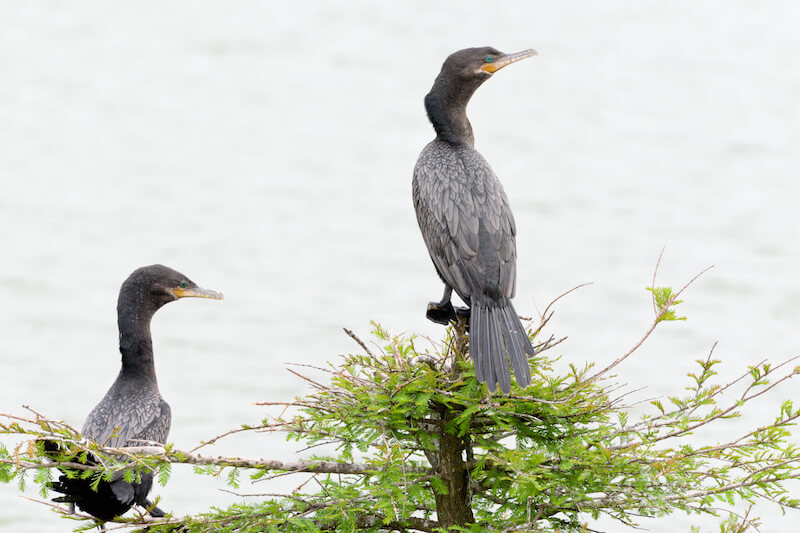 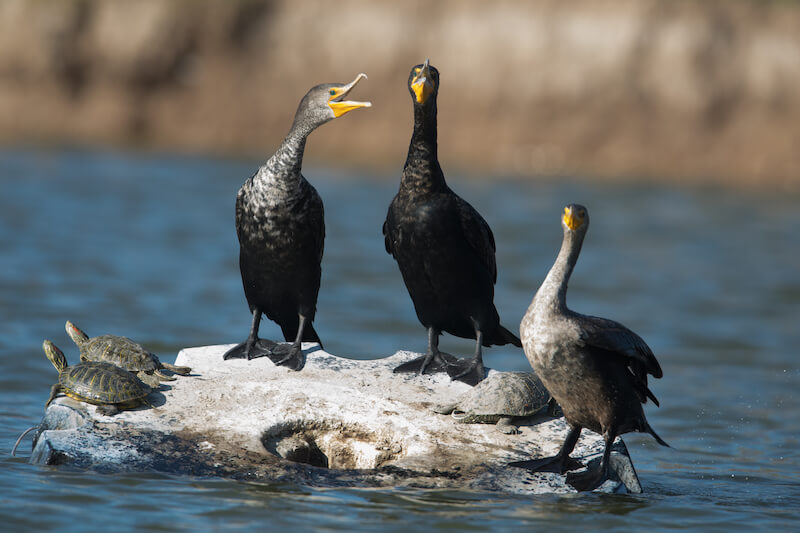 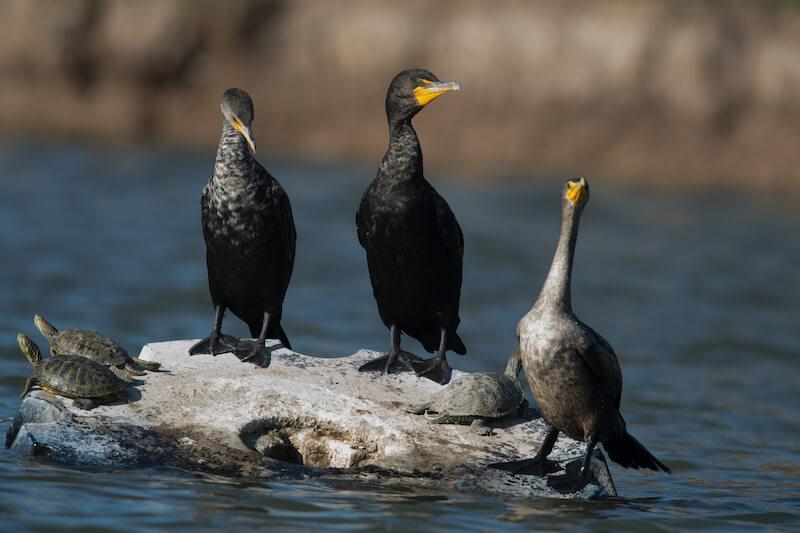 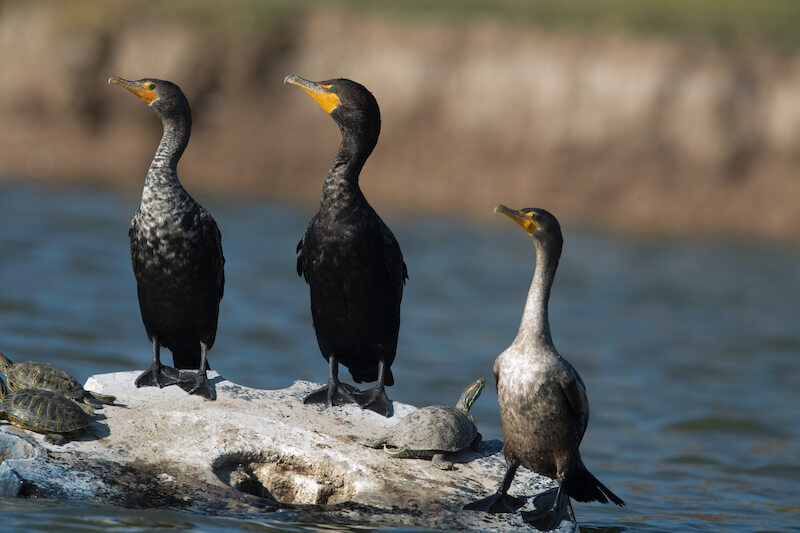 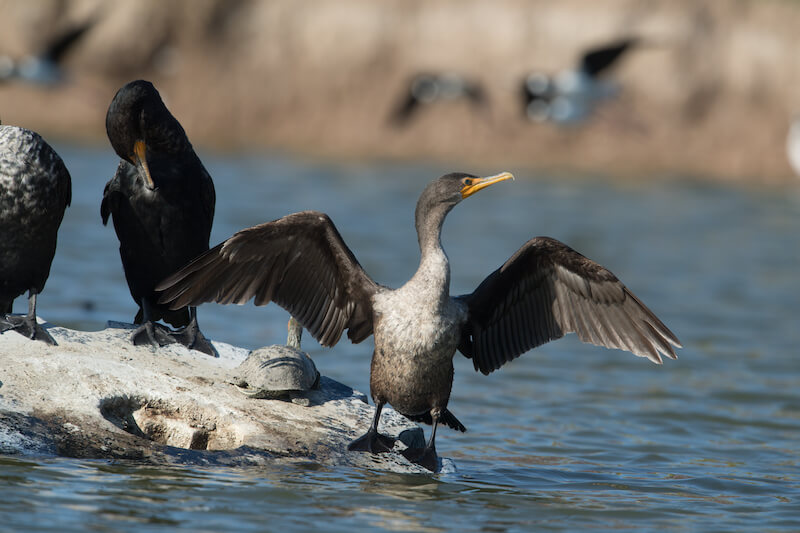 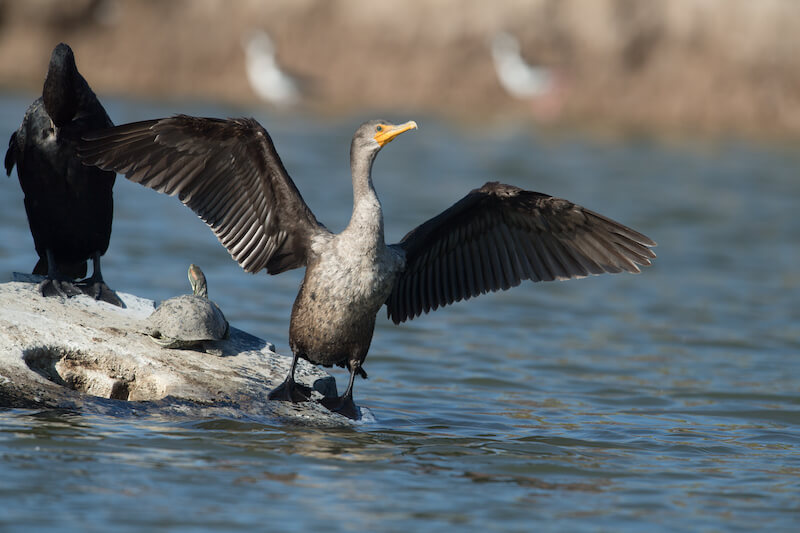 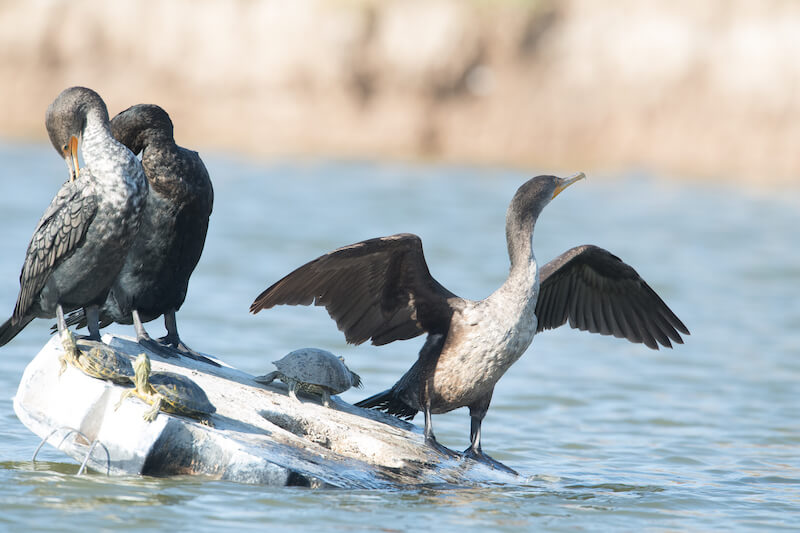