It is very distinctive and unique in having a white chest-patch and white on the tail. It is found solitary and can be observed at varying heights above the ground. It has a straight, black beak. It normally appears black except for a very large and distinctive white chest-patch. However, in good lighting, it may appear with a shimmering metallic violet forehead patch in males, white thighs, fleshy-dusky feet. The tail of both genders is black except for white on the basal half of the outer 4 rectrices, and part of the underside. The female is slightly lighter green overall than the male and has a slightly smaller chest-patch. It lives in the humid subtropical and temperate forest regions, including cloud forests on both slopes of the Andes. It typically forages below half the height of the canopy and can be found around dense stands of trees or shrubs near forest edges. Feeds on nectar and insects. It seems to prefer epiphytes. 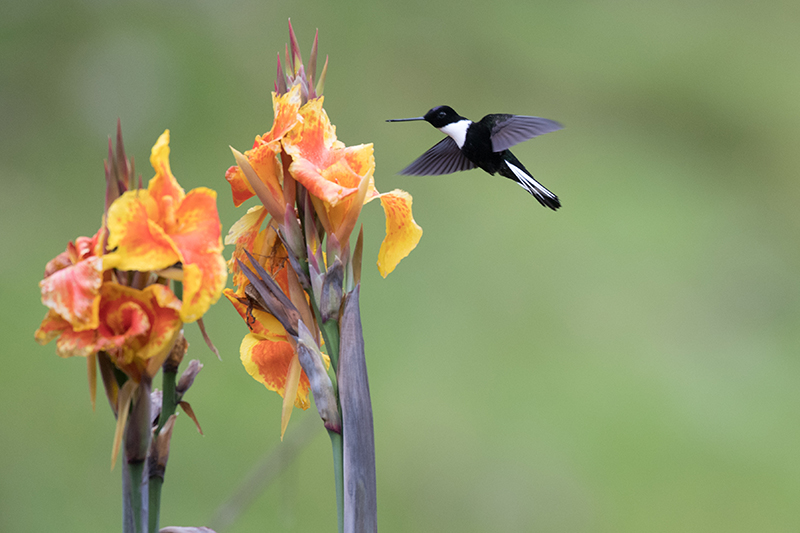 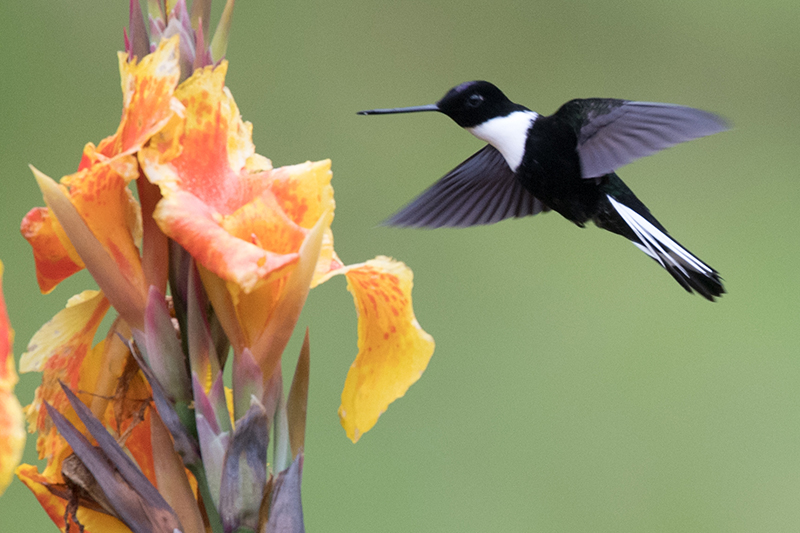